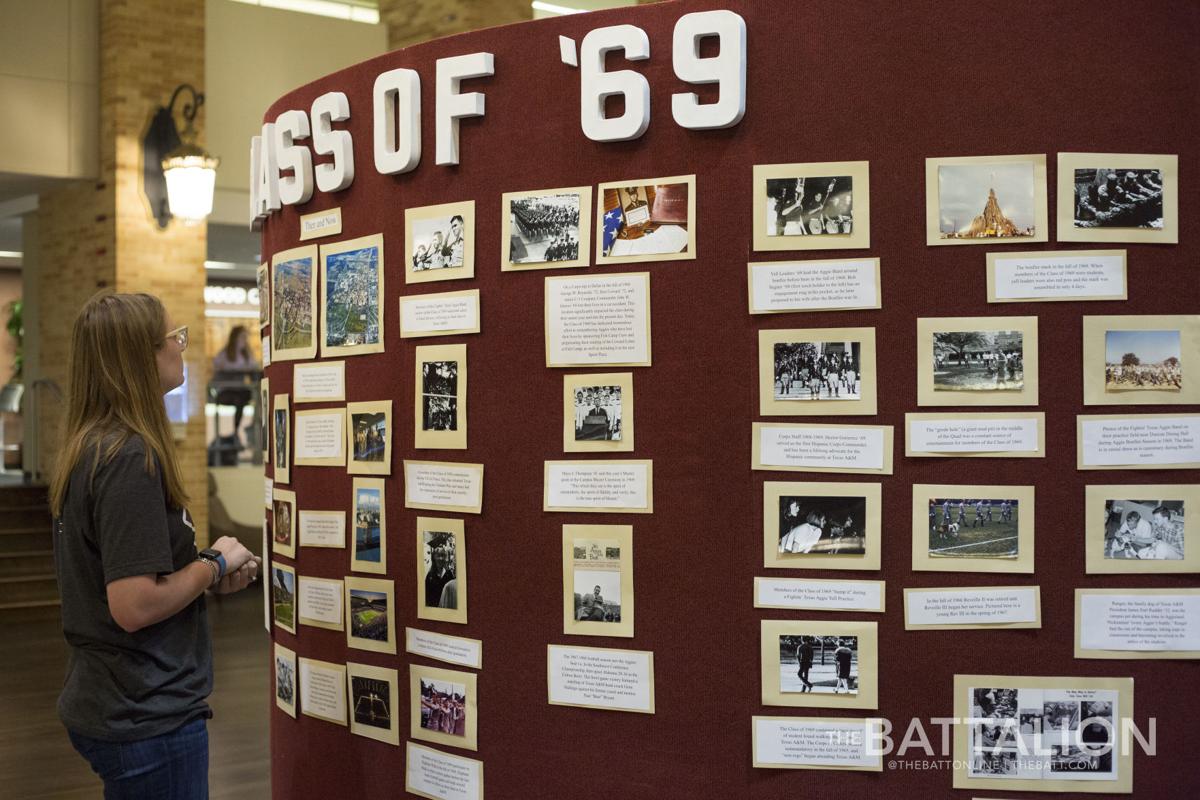 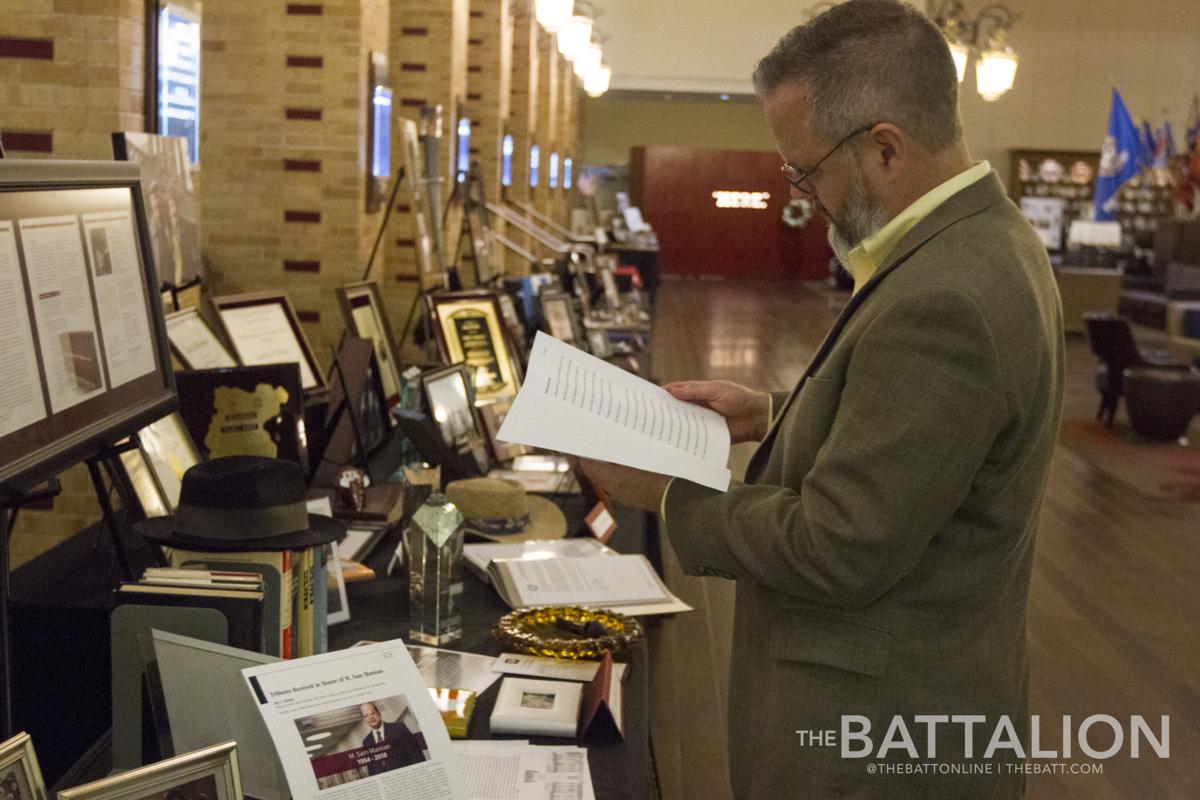 A clarinet, a collection of treasured video games and a 1953 football game program are a few of the personal belongings featured in this year’s Muster Reflections Display.

The Reflections Display is a way to recognize Muster Roll Call honorees and is set up in the MSC Flag Room through the morning of Muster. While about 140 names will be read at campus Roll Call, there are 61 Aggies represented through items in the display.

Reflections Display coordinator and kinesiology senior Emma Bracket said coordinators started contacting families of Roll Call honorees in December to ask if they wanted to contribute items to the display or if they would prefer to send a photo to put on the Reflections Wall.

According to Bracket, the Reflections Wall started a few years ago to honor those whose families could not come and set up a display or mail items.

“One of the coolest interactions I’ve had on the day of set up was with a family,” Bracket said. “They told me, because he passed away last year right after Muster, that they thought he was already forgotten. Then the next thing you know, we’re calling them to show that we wanted to honor him and continue his legacy.”

Lauren Kraus, Reflections Display coordinator and psychology senior, said there are few restrictions put on what items the families can display. One of the items that stood out the most to Kraus was one man’s Aggie Ring which he made into a pendant for his wife to wear.

“There’s really no limits; there’s no rules to anything,” Kraus said. “The family can personalize the display in any way that they like. Some are more simple and some are more complex. It’s whatever the family thinks characterizes their loved one the best.”

This year is Bracket’s and Kraus’ first time on Muster Committee, the organization responsible for planning each aspect of the tradition on campus. Muster Committee dates back to the 1950s and is a part of the Student Government Association.

As display coordinators, Bracket and Kraus spent the week before Muster in the Flag Room from 7 a.m. to midnight to monitor the display. They take inventory of the items at least twice a day, and when they need to leave for something such as class, Ross Volunteers help stand guard in the room.

“It’s an extension of what I want to do with my life,” Bracket said. “I work with student veterans currently and I want to serve the military in the future as a doctor. Muster — it’s everything I’ve wanted to be as a person because it remembers the people that others believe are forgotten and has this great capacity for love.”

Kraus said she joined Muster Committee because she was a Muster Host twice and wanted to get further involved in the tradition.

“I applied for committee because I do it for the families,” Kraus said. “One day, they will be honoring all of us, and this committee will be standing just as strong as it does today and host my family as well.”

Students who walk the families of Roll Call honorees’ through the check-in process and host them throughout the night of the ceremony are called Muster Hosts. These students take shifts throughout the duration of the display to monitor the items and learn more about the honorees.

Kinesiology senior Alex Herbert said this year is his first time as a Muster Host, a position he has been wanting to fulfill his entire time in college.

“I figured since I was graduating in 20 days, there’s no better time than the present to give back to the university that’s given me so much. It’s the best way to feel connected to the Aggie spirit,” Herbert said.

99Tutors is looking for tutors for all subjects