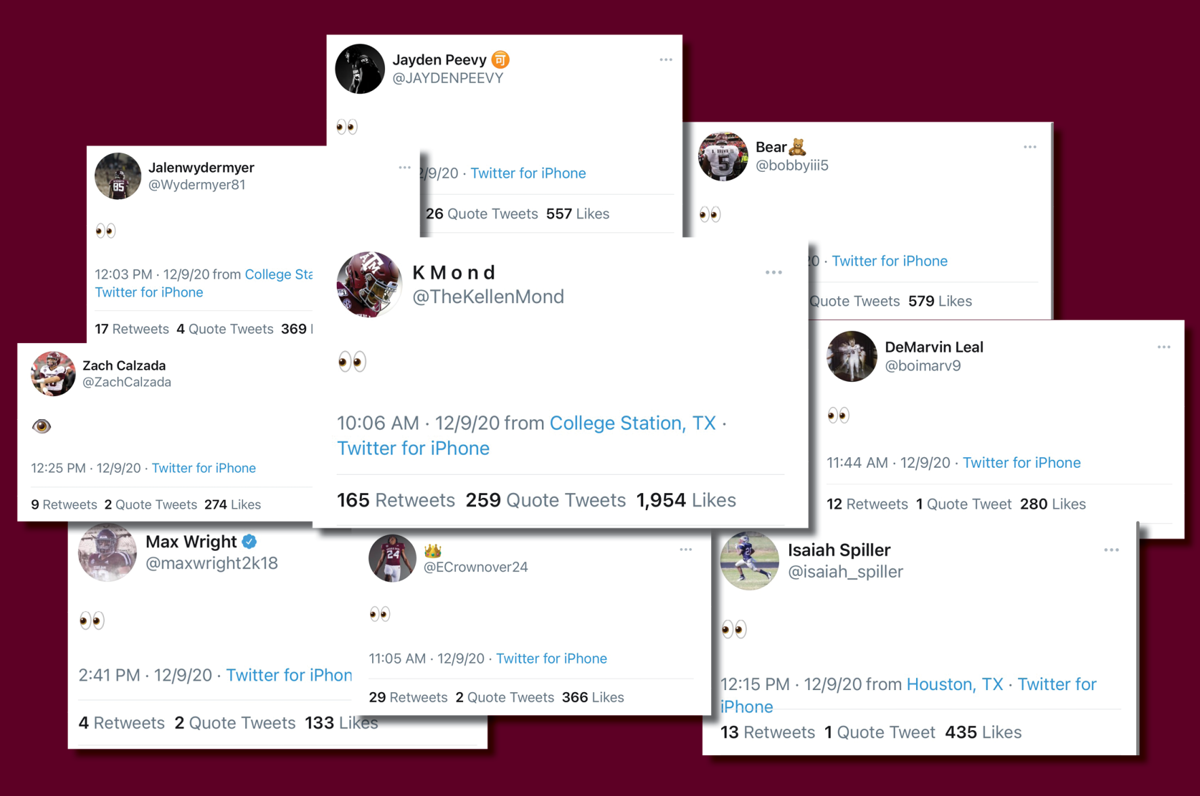 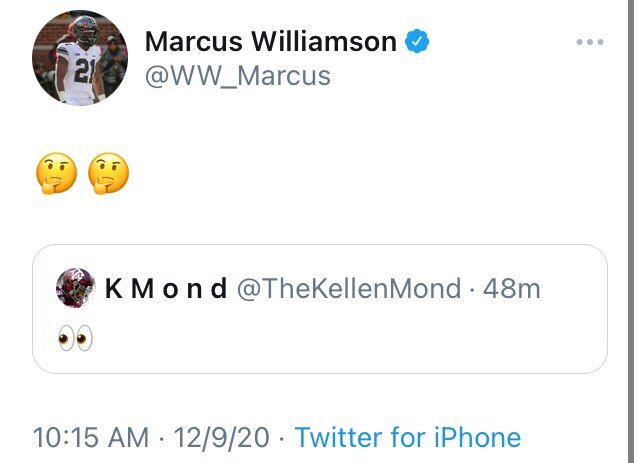 A series of tweets from several members of the No. 5 Texas A&M football team caused some excitement among Twitter users on Wednesday, Dec. 9.

Others soon joined in, posting only the eyeball emoji with no further explanation.

Rumors began to spread that the tweets were in reference to speculation regarding whether the Aggies would play Ohio State this weekend after both teams had games canceled due to COVID-19. On Monday, A&M’s Dec. 12 matchup with Ole Miss was canceled, while fourth-ranked Ohio State had its game against Michigan canceled on Tuesday.

In addition to the eye emoji, Martinez posted a photo of an A&M football bus sitting outside Kyle Field.

Despite the players and staff hinting at the potential matchup, A&M coach Jimbo Fisher put the speculation to rest during his SEC teleconference appearance at 11:30 a.m. Wednesday.

“No,” Fisher said when asked if there was any chance the Aggies could play the Buckeyes.

He also added that A&M currently does not have another opponent scheduled for this weekend, though the team will host a workout on Saturday in order to prepare for its last regular season game, a road matchup against Tennessee on Dec. 19.

“You always dream of those things, but we’re in the world we’re in, we do what we do,” Fisher said. “Maybe we will [play Ohio State] in a bowl game or somewhere down the road, but we’ll figure that out when we get there. Right now, we have to get ready to play Tennessee.”

With the cancellation of the Ole Miss game, the Aggies also miss out on Senior Night celebrations. However, Fisher said he and his staff are working to find another way to honor the seniors.

“We’ll discuss that as a staff and some things we want to do for our players and however we have to do it,” Fisher said. “I definitely do want to do something for them and find something if we can possibly do it within the ramifications of what we have and what they want to do. It’s a shame, especially it being the last game, that’s for sure.”

Hannah Underwood is a journalism senior and sports editor for The Battalion.