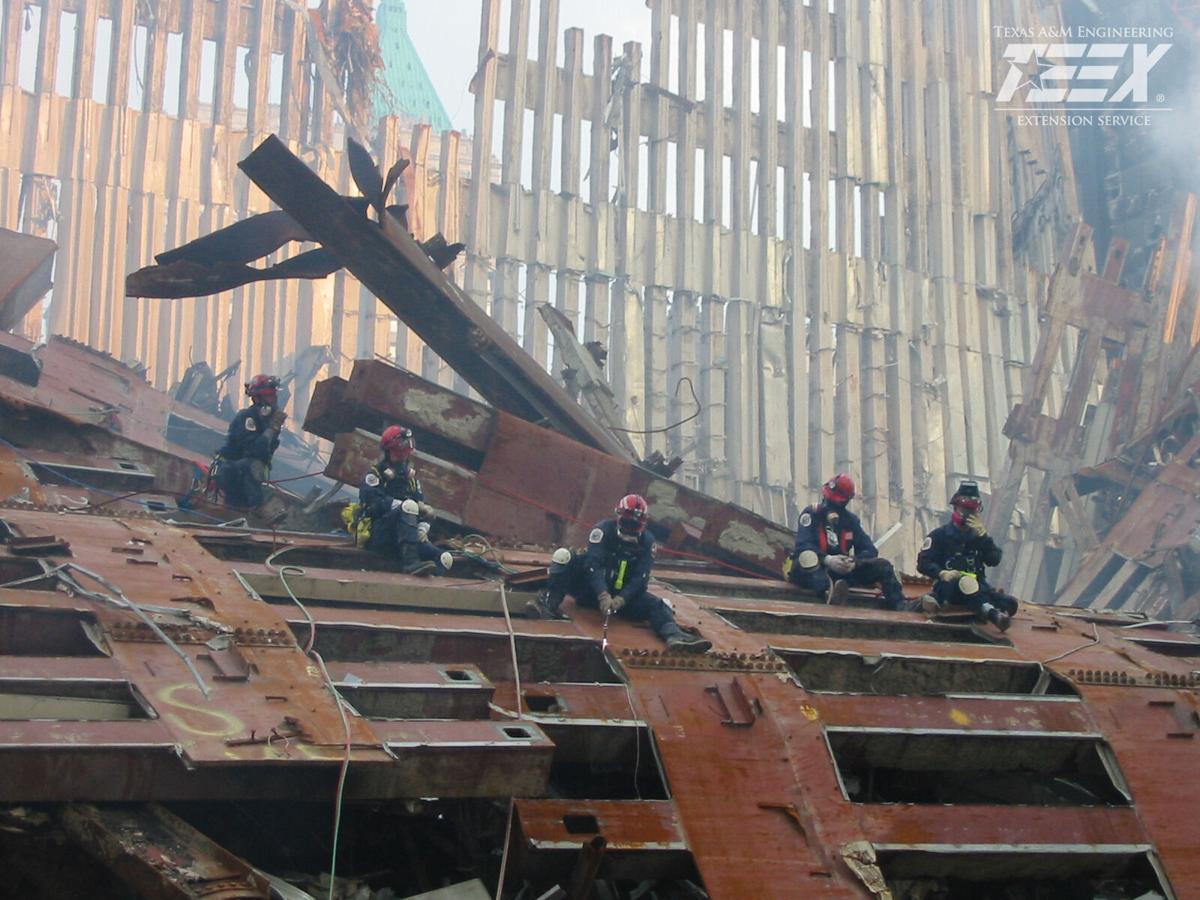 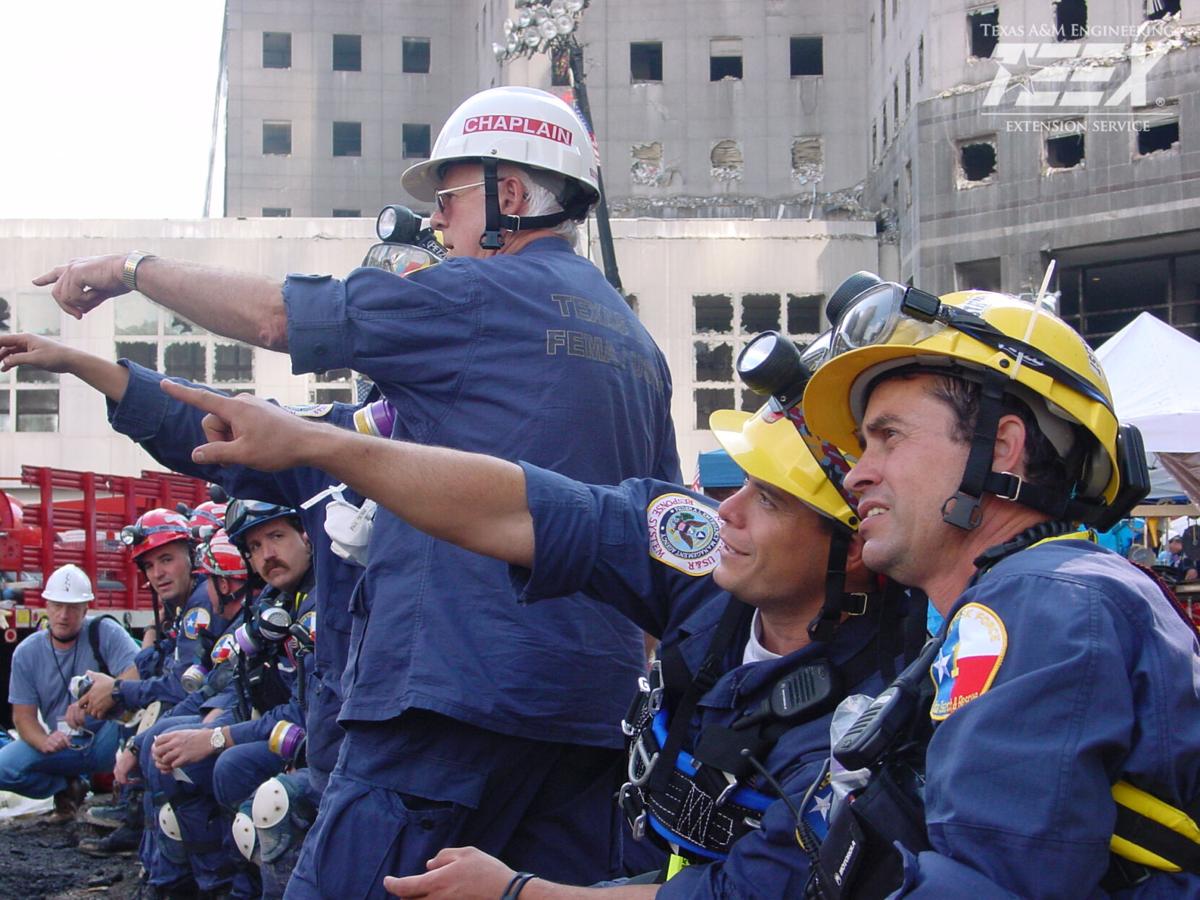 An 80-person team, TX-TF1 members are proficient in urban search rescue, water rescue, disarming weapons of mass destruction, disposing of hazardous materials and numerous other skills. According to their website, the task force has helped with over 100 deployments since the beginning of their organization, having at least one deployment per year. Formed in 1997 after the 1995 Murrah bombing in Oklahoma City, the TX-TF1 has assisted in countless disasters, most notably 9/11. In their most recent mission with Hurricane Ida, the team’s tasks included building assessments, moving people to shelters and assessing the damage of water lines.

A member of the TX-TF1 Board of Directors, Travis Maher, Class of 1996, said the organization is working year-round even if the members are not deployed.

“Even if we’re not spooled up and deployed somewhere, we’re still taking care of our equipment, our cache, we’re still training pretty much year round. There’s still records to be kept up with, license to keep up with and medicines to check,” Maher said. “All these logistical things that are done behind the background to keep us prepared, trained and ready to respond at a moment’s notice.”

During halftime at the A&M vs. Kent State football game on Sept. 4, the TX-TF1 was recognized for their dedication to rescue missions. A portion of the Maroon Out fundraising from the red, white and blue t-shirt sales was given to the Texas Task Force Foundation.

“The proceeds were split between us and the Thousand Points of Light Foundation that President Bush started, and that kind of got our foundation off to a wonderful start,” Maher said. “It’s only about a year old or so, so you can imagine $50,000 really helps our budget tremendously. So, we’re very thankful and humbled by Maroon Out’s choice of support of our foundation.”

Founding member and current Operations Chief for TX-TF1 Chuck Jones said the money they received will help numerous accounts within their foundation. The fundraising efforts support personnel of the TX-TF1 and their families in times of need, offers various scholarships and provides funding for necessary equipment for all of the programs and training for members in order to further improve rescue skills which will ready them for any time of need.

According to Maher, the funds from the red, white and blue t-shirt sales were given to the Task Force Foundation as a whole. The Texas Task Force Foundation is a recently developed organization over both Task Forces, including TX-TF1 and TX-TF2, and other specific rescue teams, created in order to raise and accept funding. Because of the fact that the TX-TF1 is a state and federal entity, they were not allowed to receive any donations directly. Therefore, the foundation was created in order to establish a way for income through donations to be distributed. These donations then go to various parts of the foundation, including TX-TF1, and provide with anything they need for deployments.

“What we want to do is outreach and support. We want to help our members,” Maher said. “If a family member dies, we want to be able to send flowers. We want to help them with some extra training, some extra equipment that we find relevant to do. We just want to have a way to accept monies and to dish them out appropriately when we see fit, that is slightly beyond the scope of the state of Texas.”

As well as being recognized at the A&M football game, the Task Force Foundation and the TX-TF1 members were recognized at the Houston Astros baseball game on Saturday, Sept. 11, and were given a $100,000 donation from the company Lyondellbasell Industries for their generous efforts to state and federal disaster assistance. Jones said the hard work of the TX-TF1 is being noticed all over the state, and the efforts from the foundation continue to inspire. Maher said service to the Texas A&M Task Force One is more than just a job to their members, it is a way to look at life. The members of this federal and state organization are passionate about their missions and tending to the needs of communities during local disasters, he said.

“I quickly learned what a bad day looks like and how to operate in some pretty austere conditions and try to get a job done,” Travis Maher said. “The mission is easy. We go out the door to help people with whatever they need. Whether it’s rescuing them in a boat, evacuating them off of a structure they can’t get off of, shoring up their house, providing them with food, digging them out of concrete rubble — that’s what we do. That mission is easy.”

This is a wonderful thing that you do. I am happy to hear that it is being funded well lately. Keep up the good work and stay safe .