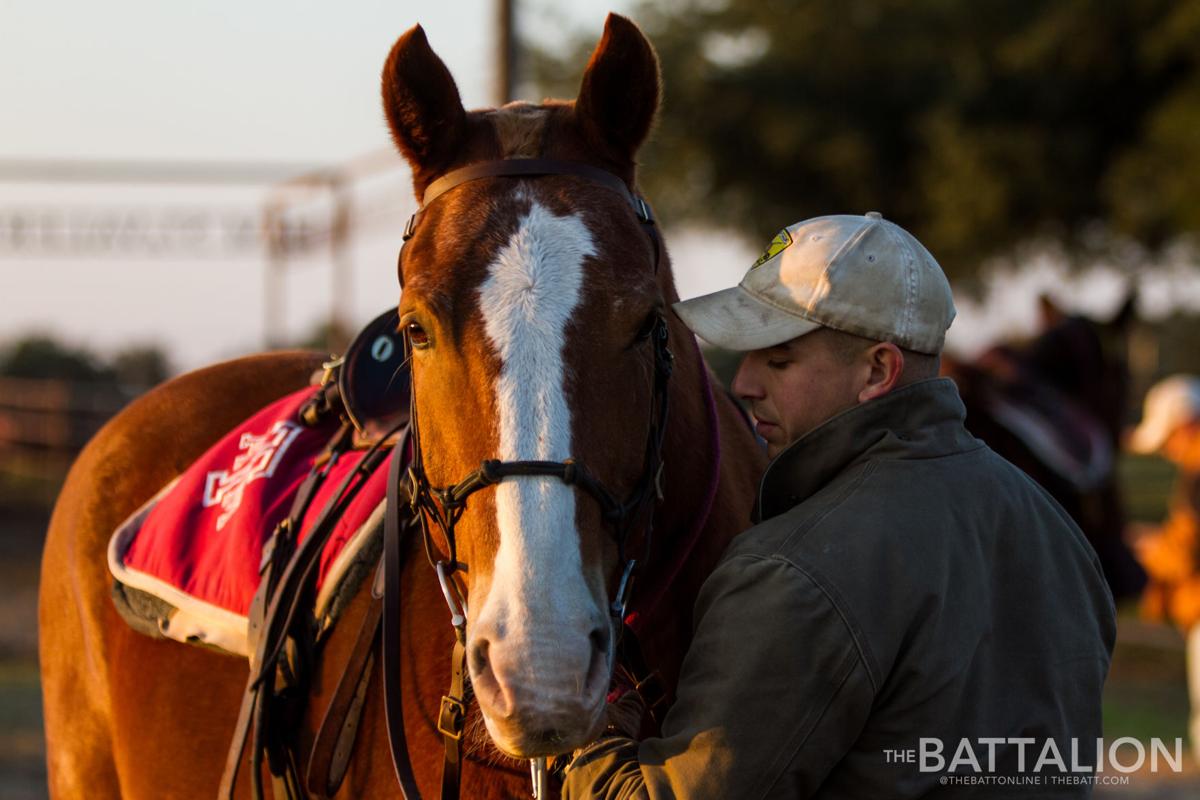 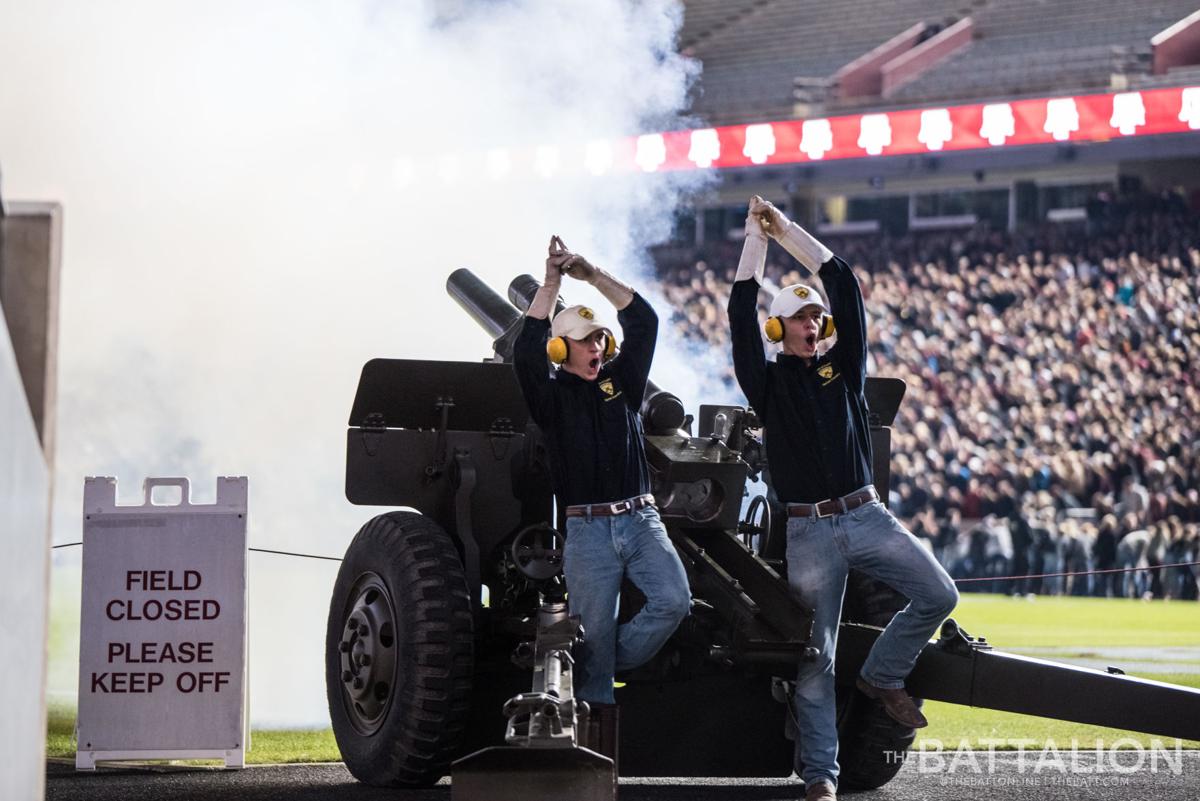 Two cadets whoop after firing the cannon at Midnight Yell Practice on Nov. 16.

Two cadets whoop after firing the cannon at Midnight Yell Practice on Nov. 16.

The cadets in Parsons Mounted Cavalry frequently ride into Kyle Field before games and fire the famous Aggie cannon after touchdowns, but this January the group will be riding into uncharted territory — the 130th Rose Parade in Pasadena, California.

Rose Marshall, political science senior and PMC commanding officer, lived just outside of Los Angeles until she graduated from high school. Marshall said she is excited to take such a meaningful part of Texas A&M back home with her.

“I grew up watching the Rose Parade and going to the Rose Parade every year with my family,” Marshall said. “Now, being able to take a part of Texas A&M is really important to me. Being a part of the Cav and this big family is so special and I’m so glad that we get to take this journey together.”

Marshall said she was encouraged to submit an application on behalf of Parsons in July by adviser and manager Bob Byrns. Due to the long distance to Pasadena, Marshall said she didn’t give much thought to riding in the Rose Parade with the Cav until August, when they were invited to attend.

“It’s kind of surreal to be part of this experience, because no A&M anything has been in the Rose Parade, and the fact that PMC is going to be able to do that and I get to be a big part of it and a part of the planning process is really exciting,” Marshall said.

Byrns said the trip to Pasadena is the farthest the Cav has traveled in his 15 years working with the unit, and the trip provides the cadets with a unique leadership experience.

“The Corps uses this organization as a leadership learning lab,” Byrns said. “I supervise the horse operations — acquisition, feeding, vet work, training — but [the cadets] do it all. They learn how to operate a big operation like this. We look at them and say, ‘Well, we got accepted to the Rose [Parade], how are we going to get there?’ It’s a unique experience [for] college kids to have that much responsibility at that age.”

The cadets in the Cav are no strangers to selflessness and leadership, according to animal science senior Sam Phillips.

“Our first rule is our horses come first, and so it really kind of teaches you to put something other than yourself first,” Phillips said. “Without these horses, we wouldn’t be here. We wouldn’t be able to do this trip in January and things like that.”

The chance to participate in the Rose Parade is exciting for all, including Phillips, who went to high school in California. While excitement is high, the cadets also realize the opportunity comes with its share of responsibility.

“It’s a daunting task,” Phillips said. “It’s definitely a big mountain that we’re going to climb, but we’re slowly getting there. I think we’ve made good progress.”

A team of cadets assembled to plan the trip after the Cav was invited to the parade in August. The group traveling to Pasadena consists of 51 cadets who volunteered to dedicate part of their winter break to the journey, according to agricultural leadership and development senior and a PMC section chief Sean Paris.

“We have to plan our stops, every stop we make — fuel, a budget,” Paris said. “We have to get with people to let us stay at their facilities. We’ve been getting a lot of support from the different Aggie clubs across the nation.”

A skeleton crew will leave College Station on Dec. 27 to begin preparations. The parade starts at 10 a.m. CST on Jan. 1.