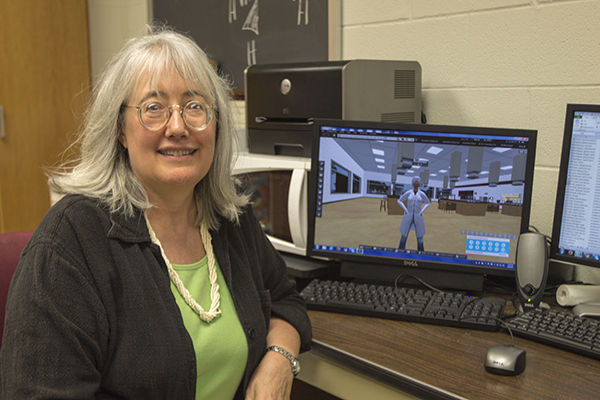 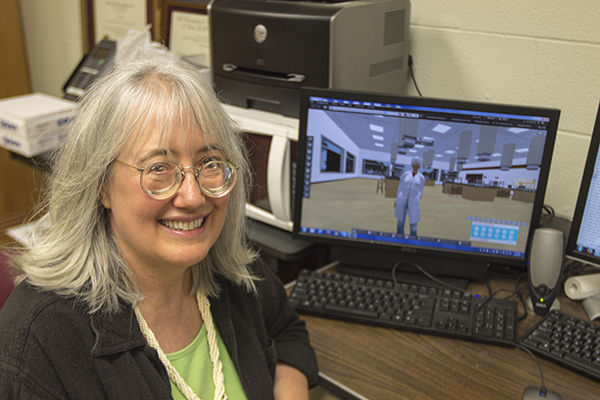 THE BATTALION: How long have you been at Texas A&M?

KEENEY-KENNICUTT: Since 1975, and I started teaching in the chemistry department in 1984. I love teaching General Chemistry 101 and 102.

THE BATTALION: What is the program Second Life? How did you come to use it?

KEENEY-KENNICUTT: They call it a 3-D program, but it’s really a 2 ½-D program because 3-D really makes a lot of people uncomfortable or sick. You can see its perspective. My avatar was “born” in December 2008.” We have a virtual Heldenfels, where we are doing our National Science Foundation project. The program platform is made of islands and we have a few bought by Texas A&M. Ecology, the college of medicine and nursing, agriculture, they all have “islands.” The vet school also makes their students work in Second Life. Our place on Second Life is open, so anyone on the program can see all this. They’re really spaces on computer servers and we had to buy the spaces. Other universities use it, too. Some islands are restricted, and you do have to be careful because there are other users on the program and some content is mature. It’s just like the web.

THE BATTALION: Why is Second Life useful for chemistry students?

KEENEY-KENNICUTT: So, originally I got into Second Life because of the 3-D nature and I love that about the molecules. We did a study, and it actually showed that students benefitted from working with molecules in 3-D. Or course it’s always better to maybe handle the molecules themselves, but a lot of times you don’t have access to them even though you probably could use gumdrops and toothpicks, the old fashioned way. It’s very easy to go in and build things. So Second Life is a good place for looking at a good 2-D representation of a 3-D molecule. You can see how the perspective changes. People who go on in chemistry, pre-med or pre-vet, they have a real hard time seeing 2-D pictures in a book and being able to see a 3-D picture in their heads. That’s what chemistry is all about. This program is a good lead into that and that was the first part of what I did. Then I linked up with Dr. Kurt Winkleman at FIT, and he wanted some large universities to help write this into an NSF grant to see if we could actually do labs in Second Life. That was the new project and that’s been really fun. We started collecting data in fall of 2013, so this past semester was the fourth semester. We’re done collecting data, so now we just have to summarize it.

THE BATTALION: You have students using this program in an actual lab now, how does that work?

THE BATTALION: Since this is the last semester of the study, will there be any classes afterwards that might use Second Life?

KEENEY-KENNICUTT: We will extend the NSF grant to update the current data, but my partner is currently considering a Phase II of the study and I will be involved with that, using the same platform for Second Life.

THE BATTALION: Who is involved with this study within your department or faculty group? Would other professors be interested in Second Life?

KEENEY-KENNICUTT: Just me. I’m the only one from the chemistry department. Other professors haven’t been really interested so far. They like looking at it, they’re interested in it, but with a lot of faculty it’s difficult to convince them that it would add substantially to their class. Still, I have had other people use it. It’s very easy to do PowerPoint presentations in Second Life. I knew a person in engineering who would take classes in because now there’s a requirement that you have to give talks about communication and writing classes. So she would take her classes into Second Life and have them do PowerPoint presentations in Second Life. They’re in engineering, too, so it’s always good to learn about new technology.

THE BATTALION: What is one thing that you hope students and faculty will continue through Second Life?

KEENEY-KENNICUTT: Well, I hope that people are willing to maybe step outside their comfort zone, and look at Second Life as maybe a tool that might work for them. It’s interesting — I really have enjoyed my time in Second Life.