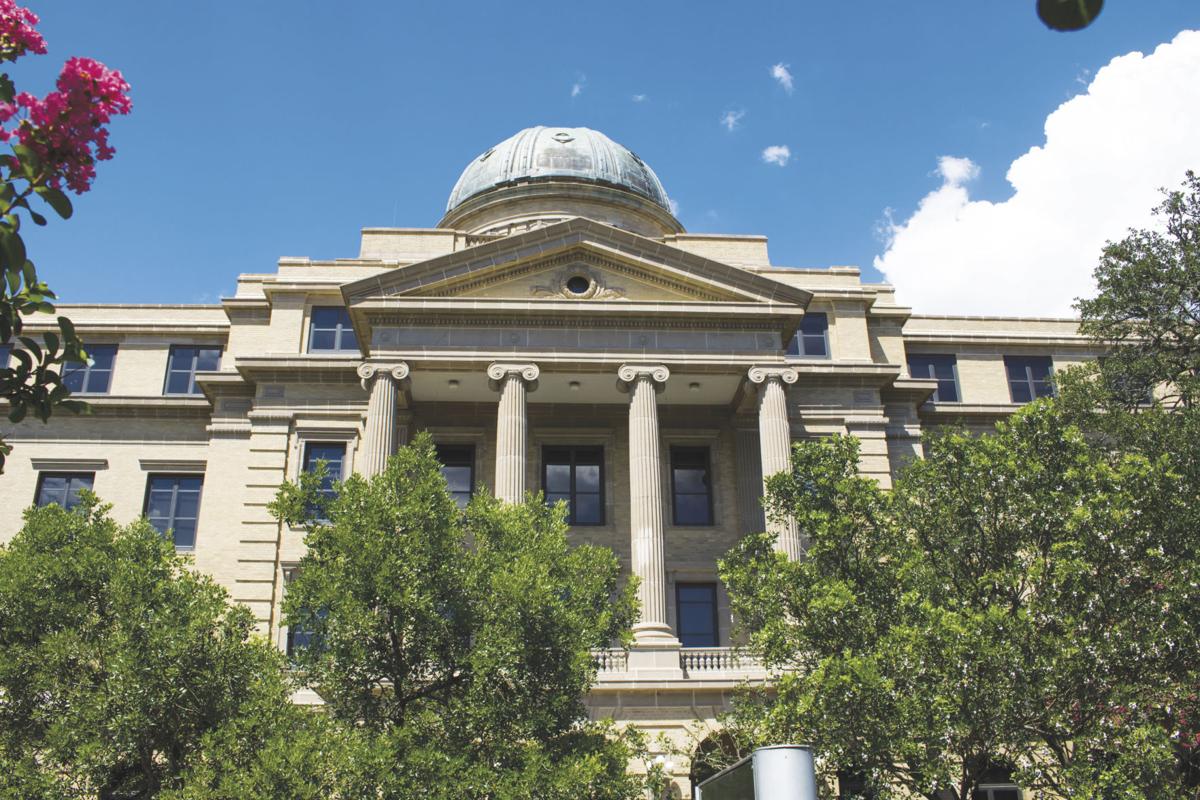 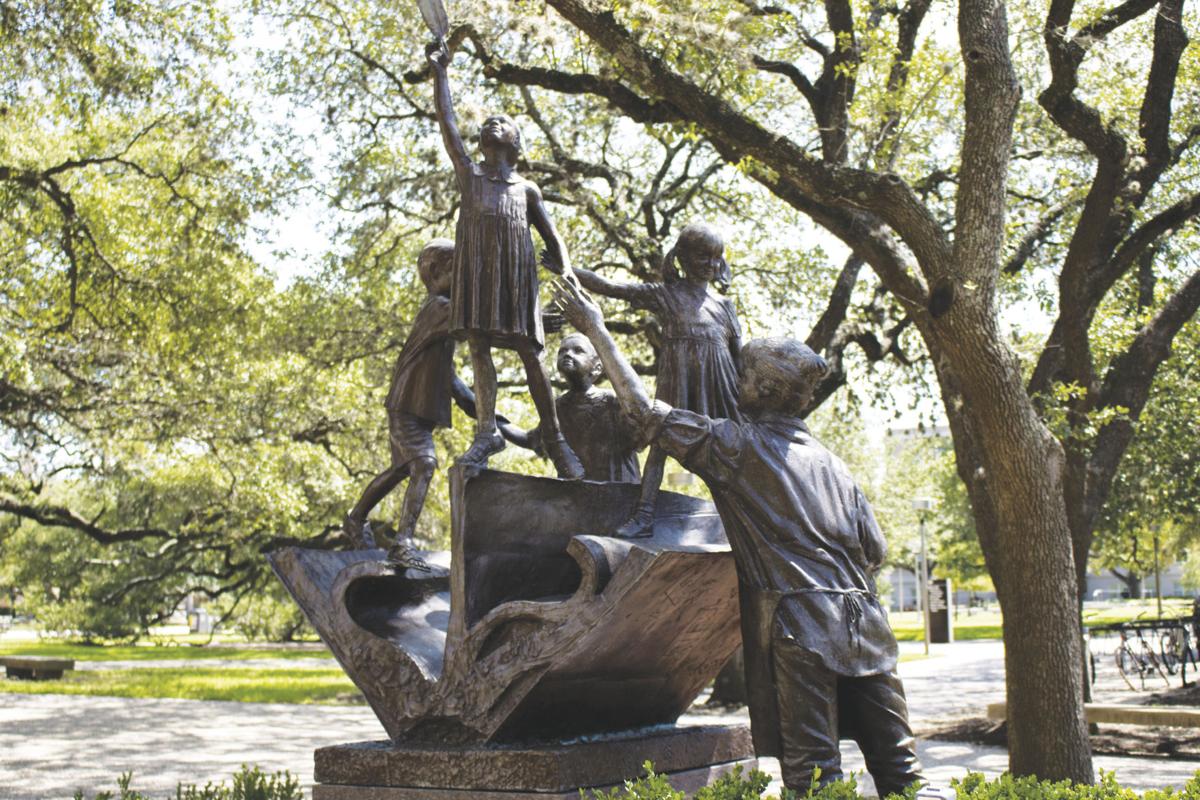 One of the most notable buildings on Texas A&M’s campus, the Academic Building, was built in 1914. Standing four stories tall in its beaux-arts classical design, it houses the department of sociology, international studies, hispanic studies, the faculty senate and the social psychology lab. Inside its iconic green top, is Texas’ replica of the Liberty Bell. Every state received a replica in 1950, and Gov. Allan Shivers opted to gift it to A&M due to their students’ service in World War II. “No one suffered more than the Aggies, so we will give it to them,” Shivers is quoted as saying. On the ground floor is the original seal of the university. One of A&M’s most iconic traditions, Silver Taps, is performed in front of the building on the first Tuesday of every month if a current student has died during the previous month.

Located between Bolton Hall and the Harrington Education Center, Shaping the Future is a bronze sculpture depicting children standing over an open book. Standing 12 feet tall, it shows a girl holding a feather to the sky, meant to symbolize students reaching new heights. Her hand is held by a teacher, symbolizing the importance of the role an educator plays in molding their students. The sculpture, crafted by Bill McGlaun, was gifted to the university in 1999 to commemorate the College of Education’s 20th anniversary.

Brad Morse was a sociology major, Class of 2018, and former Editor-in-chief for The Battalion.