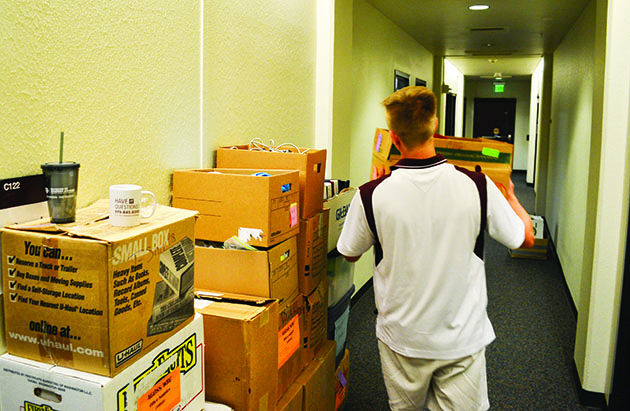 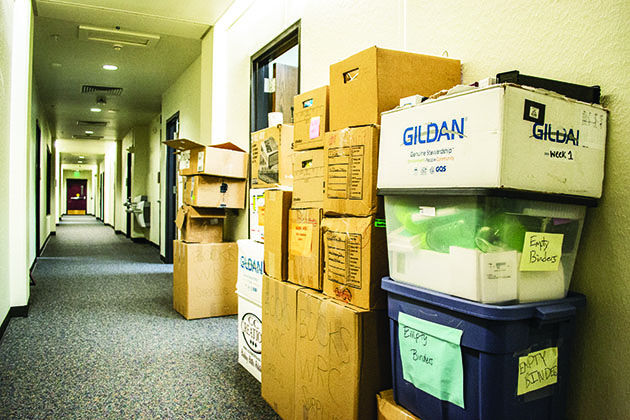 Many student services begin their transition from the center of campus to temporary housing at west campus Thursday amid student concerns that the move will restrict or complicate their access.

Services such as Disability Services and Student Counseling Services must vacate their offices in Cain Hall, which is scheduled for demolition following a Sept. 3 vote by the Texas A&M System Board of Regents to make room for a conference center, hotel and parking garage. The move-out process will last through October and into mid-November.

Some services, like the GLBT Resource Center and Student Legal Services, will remain on campus in new locations, most however will move to White Creek — a new A&M building development on west campus at University Drive and Discovery Drive. Student Services will move to more permanent housing within two years of the initial move.

While officials have said the plans are meant to improve Texas A&M’s campus, they have caused complications for students like Kaitlyn Kellermeyer, an international studies junior with a visual impairment, who uses services in Cain Hall two to three times a week.

Kellermeyer said she takes her academic tests in Cain Hall. She said  she will need to find more time and energy to learn the new environment and make it there on time to take her tests. She said these factors add extra complications to days that are already stressful for her.

“It takes me longer to get from place to place in general, and I may have to rethink my schedule on test days or possibly even move tests around to make sure I have enough time to get from the testing center to class or vice versa,” Kellermeyer said.

Speaker of the Student Senate Aaron Mitchell said while the move is certainly an inconvenience, the temporary location will have more room and nicer facilities than the current situation at Cain Hall.

Mitchell said while student services are on west campus, there will actually be more parking options for students who drive. However, Mitchell said the extra commute time for students taking the bus can be a problem.

“They’re now going to have to budget about 32 minutes of extra time to get over there and back,” Mitchell said. “I know that 32 minutes can mean a lot. I know that they have some trouble sometimes getting students over there to student counseling services, or some of the things that are going to be over there at White Creek.”

Sophomore Blinn Team student Madison Laird, who uses the testing center in Cain Hall for her dyslexia, said the services in Cain Hall are too important to relocate just anywhere.

“If it was just offices for professors or something, then I could understand the relocation, but it’s a building that’s needed in the right location,” Laird said.

Not everyone is upset by the renovations. Human resources development junior Madison Nobles said a lot of people who are upset do not utilize Cain Hall services.

“It’s going to be great for the campus,” Nobles said. “I think the students who are still upset about it don’t fully understand, and they’re just upset because changes are happening and it’s not tradition.”

A&M System Vice Chancellor of Business Affairs Phillip Ray said the need for the facilities that will replace Cain Hall was first brought up by former university President R. Bowen Loftin. Loftin’s recommendation came after receiving feedback from concerned faculty members that A&M was falling behind in facilities capable of hosting events that would bring the academic community from around the nation to College Station.

“The plan developed around those aspirations and hopes that we could have a conference center that would attract those type of national conferences that would further put us on the map and in a leadership role that A&M deserves,” Ray said.

Kellermeyer said despite the short-term difficulties, she has hope the proper accommodations will be made in the future.

“We are bearing the university’s growing pains right now, and hopefully that means that future students will benefit from better facilities that reflect an investment in student services,” Kellermeyer said.

Sam King is a communication senior and editor-in-chief for The Battalion.