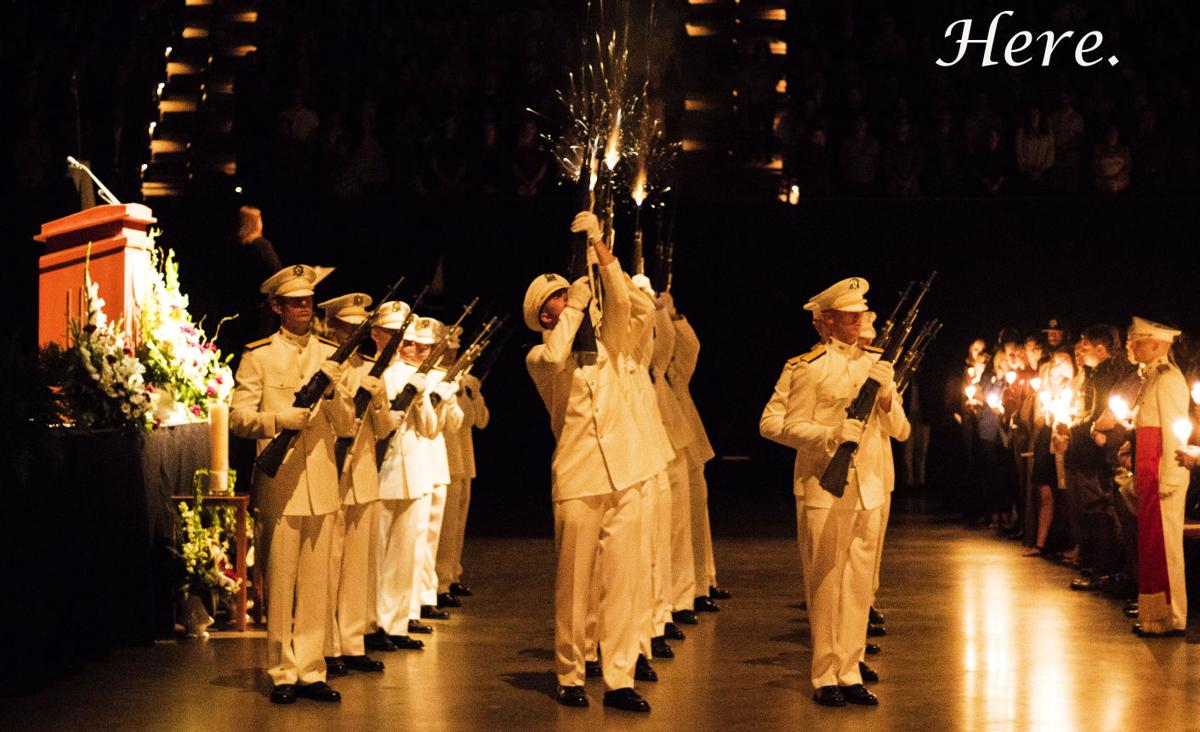 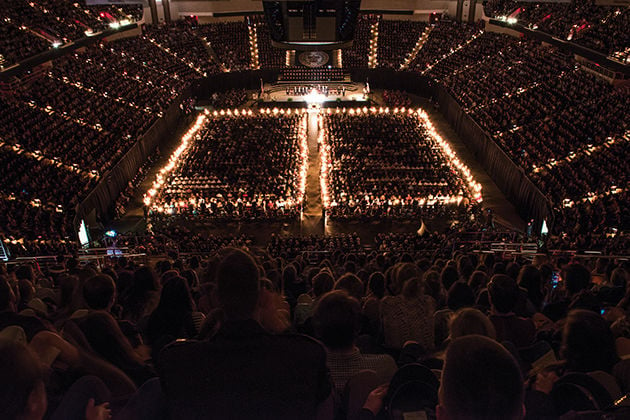 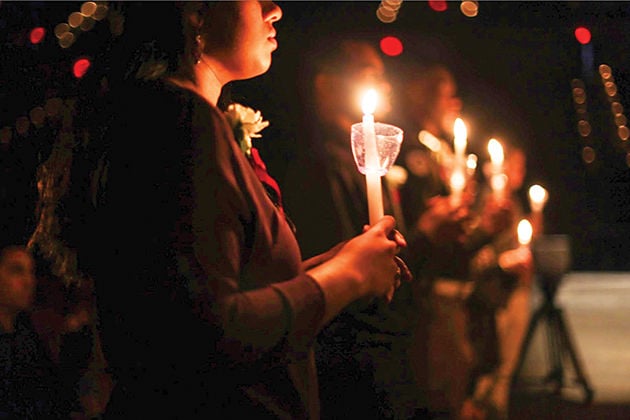 More people than Reed Arena could seat gathered to honor over 160 deceased Aggies at the annual on-campus Muster ceremony Thursday.

As is tradition, Aggies across the world gather every April 21 with nearby Aggies to celebrate Muster, which features a “Roll Call for the Absent.” During the on-campus roll call Thursday, the names of the Aggies with ties to campus who have died since the 2015 Muster — including current students and deceased members of the 50-year reunion class — were read. Attendees answered, ‘here,’ when the name of someone they knew was called.

The on-campus ceremony also featured a 21-gun salute by the Ross Volunteers, a special rendition of Taps called Silver Taps and performances by the Singing Cadets, Women’s Chorus and the Century Singers.

In addition to remembering the Aggies who have died during the past year, Muster marked the 50th class reunion for the Class of 1966. Before the Roll Call for the Absent, speaker Sarah Gibson shared experiences from the Class of 1966’s time at A&M, including the admittance of women and minorities to Texas A&M, the cancellation of the Aggie Bonfire after President J.F. Kennedy was assassinated and the commissioning of Aggies who would go on to serve in the Vietnam War.

During his keynote address, R.C. Slocum, 1989-2002 head football coach, said Muster is a time to reflect on what it means to be an Aggie. Slocum asked students to ponder whether or not they have made an impact on Texas A&M.

Slocum, who has been the keynote speaker at many Musters, said Muster is bigger and more meaningful than any one speaker and symbolizes the bond between Aggies.

“Although I have been to Muster as the speaker many times I have always realized this ceremony is not about the speaker. Muster is much bigger and more meaningful that the speaker,” Slocum said. “This cherished ceremony has a special meaning to each of us but it is absolutely one of the foundations of what it means to be an Aggie. It symbolizes the bond that Aggies have to Texas A&M and to each other forever.”

“Whether this is your first Muster or your 50th, this evening embodies the common thread that each of us shares as Aggies,” Bezet said. “Muster is our greatest tradition, our proudest day, our defining moment. It is living proof that the Aggie community will never forget those who have come before us.”

Madeline Kinnaird, Muster Committee speaker subchair and electrical engineering senior, said she thinks Muster is incredible because in part because it is entirely entrusted to students.

“One thing that is really beautiful about Muster is that it is this huge ceremony and huge tradition but it’s entirely entrusted to students,” Kinnaird said. “It’s really cool to be able to protect the integrity and pureness of Muster as a tradition.”

In his speech Joseph Benigno, 2015-2016 student body president and finance senior, said Muster is a shining example of the unique “love and passion that every Aggie has in their heart.”