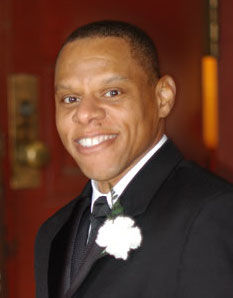 Jon Perrott will be fondly remembered by his wife, Lisa, and his children, Micah and Zoe. 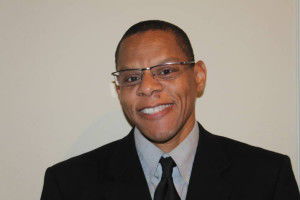 Jon Perrott will be fondly remembered by his wife, Lisa, and his children, Micah and Zoe.

Driven, likeable, and intellectually curious, Jon Perrott made lasting memories with his wife and children while pursuing his education.

Born in Oakland, California, Jon earned a Bachelor of Arts in Geography/City and Regional Planning at the University of California at Berkeley, and a Masters of Public Administration at California State University, East Bay. Jon was a Ph.D. candidate in Agricultural Leadership, Education and Communications at A&M. A member of the Gamma Sigma Delta Honor Society, Jon maintained a 3.9 GPA and received his Aggie Ring in spring of 2019. He was to graduate in May 2020.

Jon enjoyed coordinating the Better Living for Texans program with the A&M AgriLife Extension Service for 12 years. He then worked as a policy analyst for AgriLogic Consulting. In this new position, “He was able to not only apply things he learned in his program of studies, he had opportunities to acquire new skill sets and grow professionally,” Lisa said. “He was really enthusiastic about joining the AgriLogic team.”

A gifted writer, Jon finished the manuscript for his first book, a mystery novel, and was in the process of self-publishing. Lisa said she hopes to continue the publishing process, as she fondly remembers his commitment to his writing endeavors.

“He did an amazing job developing each character—they were so realistic,” Lisa said. “I would ask him, ‘Is that the guilty person?’ and he would smile and say, ‘Keep reading.’ He would never give the ending away. I had to wait until the end to realize, ‘Oh my goodness, I didn’t see that coming!’”

Jon and Lisa met through a dating website for single Christians after they both created accounts with the encouragement of friends and family. Lisa recalls being drawn to Jon’s profile because it genuinely expressed his love for God and his family, and reflected his work ethic.

Despite Jon living in the Bay Area and Lisa living in the Kansas City area at the time, Jon decided to respond to Lisa’s message after recalling the verse,

“With God, all things are possible.” Before long, the two were staying up for long, late-night phone calls.

“Our longest conversation was seven hours, and he was not a phone person,” Lisa said. “With the two-hour time difference, it was not uncommon for one or both of us to go to work tired. We didn’t mind, though. It was time well-spent.”

Jon eventually flew to Kansas City to meet Lisa in person. After meeting at the airport, the couple attended a Kansas City Royals baseball game—Lisa’s first professional baseball game. Six months later they were engaged, and in March 2005, Jon and Lisa were married.

Despite work, school, and writing, Lisa recalls that for Jon, home always came first. She said he always prioritized time with their children, Micah and Zoe.

“Often when he’d come home at the end of the workday, before he had dinner or got settled in, he would work with Micah on building or fixing a LEGO set, or stop to admire a handwritten card or drawing that Zoe made. He was intentional about spending quality time with them.”

Lisa said some of her fondest memories with Jon are from family road trips across the country. Traveling to all but nine or 10 states, the family enjoyed spending time together and sight-seeing while they traveled. “He definitely thanked God for blessing us with meeting each other, and having sweet little Micah and Zoe,” Lisa said. “He valued family.”

Jon will be interred in the Aggie Field of Honor Memorial Cemetery.