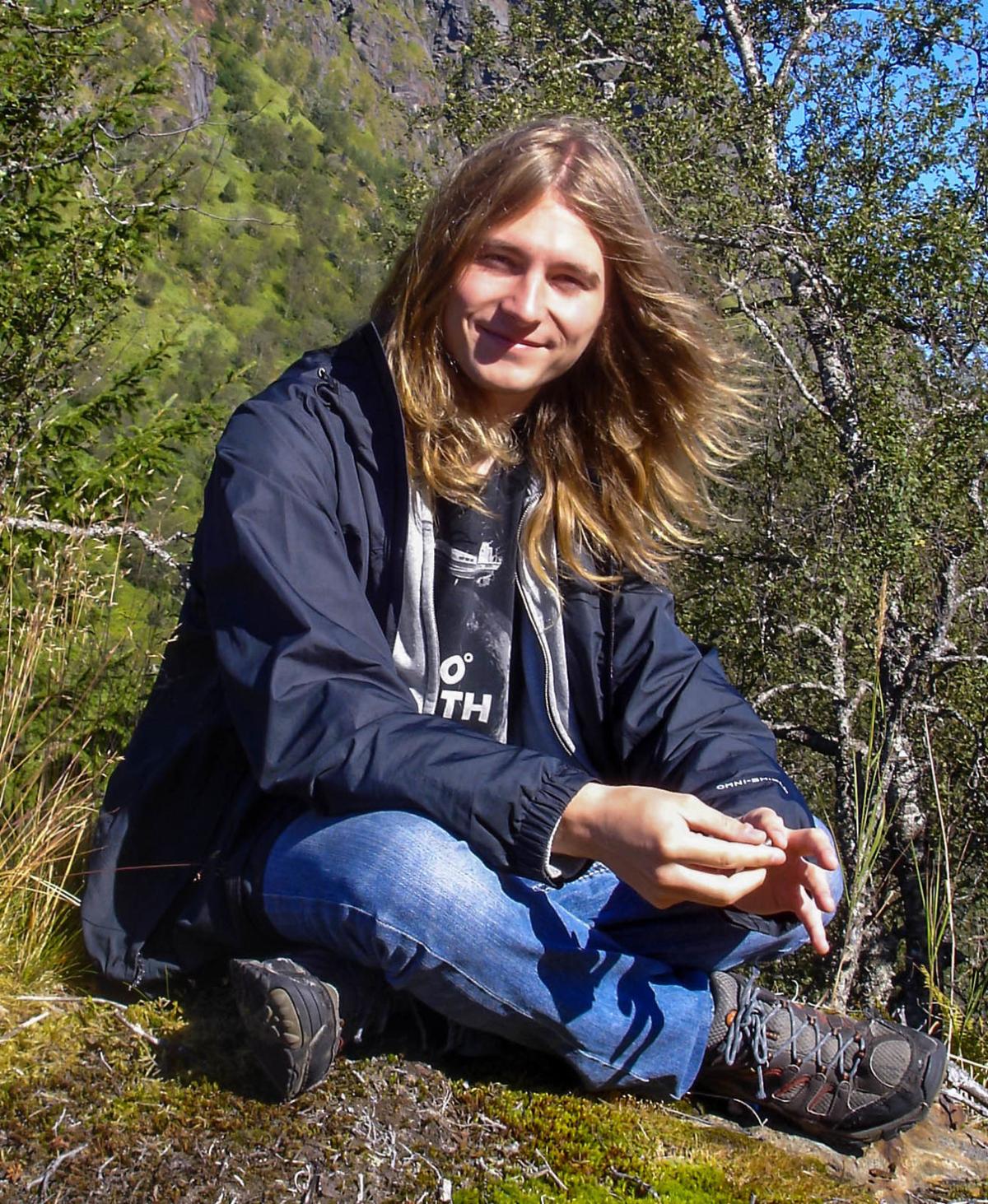 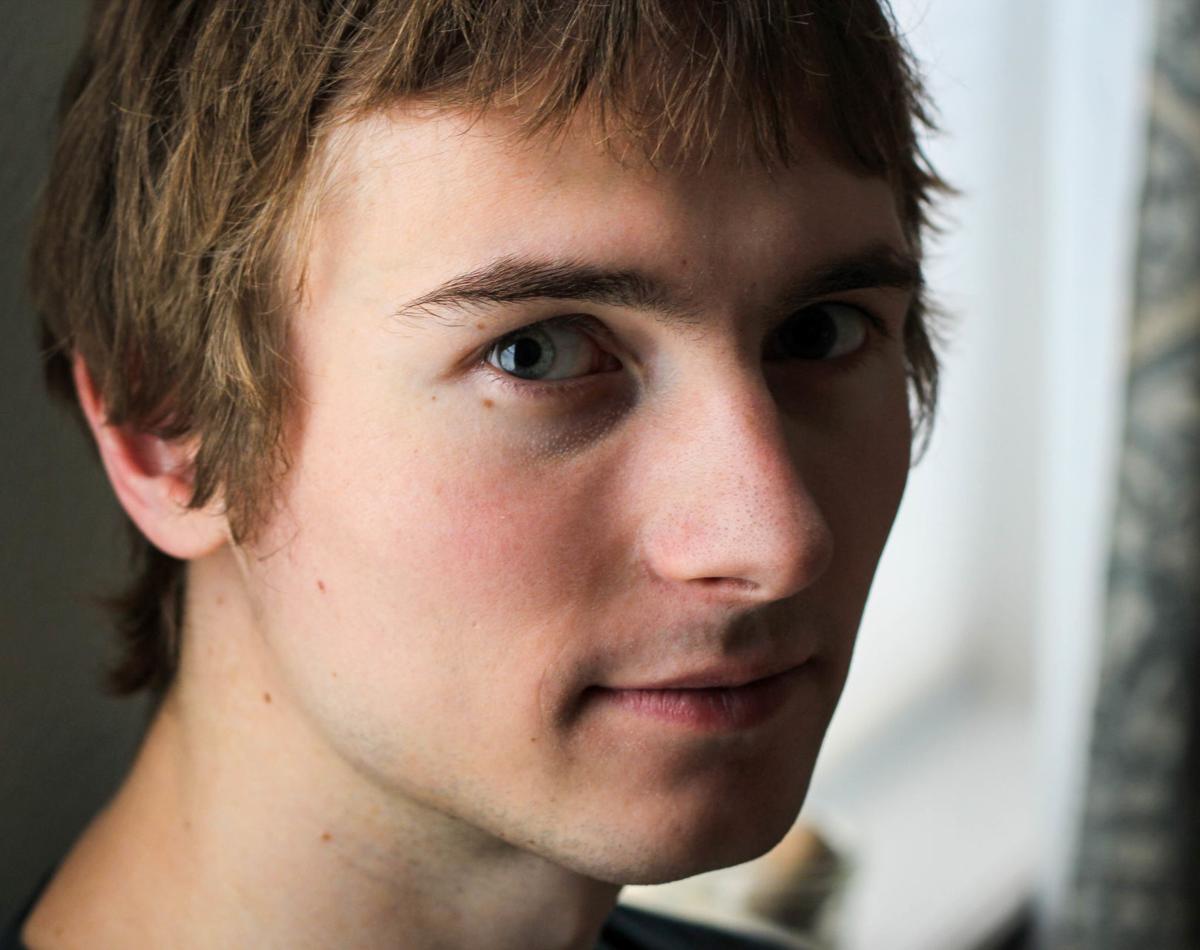 Remembered for his love of nature’s beauty and deeply thoughtful conversations, Vladimir Yelkhimov will live on in the hearts of family, friends and Aggies, forever and always.

Born in St. Petersburg, Russia, before settling down in Houston for grade school, Vladimir possessed a chemistry lover’s intellect and a traveling man’s yearning for exploration. Following graduation from Awty International School in 2011, he obtained his bachelor’s degree in chemistry from the University of Puget Sound in Washington.

In pursuit of his master’s degree, Vladimir made the decision to attend Texas A&M in 2017. His mother, Yulia Yelkhimova, said Vladimir knew Aggieland would be his next home after a single visit.

“He said, ‘Oh, I am going to A&M, there is no question,’” Yulia said. “That was surprising because I thought he might like [the University of Illinois Urbana-Champaign] better, but he really liked the research group and the people around him. The only thing he complained about was parking at the university.”

Yulia said her son may have seemed to lead a quiet life on the outside, but inside was a young man longing to make a deeper connection with the world around him.

Vladimir found happiness in the simpler activities of his day — especially time spent with his younger brother, Simon.

“I remember that on Christmas Day there was this old family house, and it was pretty cold,” Yulia said. “We were warming up the house, but Vladimir and his younger brother, Simon, they were fooling around and running from room to room chasing each other. Vladimir would grab Simon and roll with him and toss him, and Simon was shouting with pleasure. They were a joy to watch, just fooling around and being happy.”

Vladimir’s love for conversation was never limited to friends and family, either.

“There would always be some guest in the house and he would want to make short conversation,” Yulia said. “Later on, he would mention this person in just a few words that would totally summarize the nature of them, how that person was inside — the most important human side of this person, and somehow he was able to see it.”

Yulia said the earliest glimmer of Vladimir’s ache for daily connections took place on a New York street corner many years ago in a moment she will never forget.

“At some point we were standing somewhere in Brooklyn, and we were waiting for our friends to join us,” Yulia said. “We saw a young man pushing a wheelchair and there was an elderly lady in the wheelchair. She was just twitching around, and the young man who was pushing the wheelchair was wearing headphones. I didn’t pay much attention, but Vladimir was watching them and he turned to me, and he was upset. He was very upset. He turned to me and said, ‘Why is he wearing those headphones? Can’t he just talk to her? Can’t he talk to her?’

“It struck me that it was important to him, that there should be these connections.”

Yulia said Vladimir’s devotion to people continued in smaller moments throughout his life, moments which were easy to let slip by, but she knew when to hold on.

“We were talking on the phone often, even if it wasn’t important,” Yulia said. “We would check that everything was fine. I would call him and ask him about small things, like how his research was going and how is it at the university, and how are his sports. He would ask me about my work, how it was at home and about Simon. That can be small conversation, but we were doing it often and that was important for us.”

Vladimir carried an array of interests he shared with his family, from a few strums on his guitar to weekly Jiu-Jitsu practice. Among her son’s activities, Yulia said her favorite time spent with Vladimir was discussing a new book for hours on end.

“He and I were particularly close, especially about books,” Yulia said. “We may not have necessarily had the same taste, but he was reading a lot of very interesting books. It was due to him that I got interested in the medieval Japanese literature, because Vladimir took a class on [it] and was just telling me, ‘Mom you have to read this.’ I started to read and I really loved it. Basically whatever he was reading he was talking to me about it, and I was always talking to him about what I was reading. That was an important part of our lives.”

Vladimir's favorite pastime was surveying the Arctic Circle in Northern Russia with his geologist grandfather every summer, and longing for the days of his return.

“He really loved nature,” Yulia said. “When Vladimir was with him they would spend lots and lots of time in nature and mountains. I think that part was important for Vladimir because whenever I would come to visit him at Puget Sound, we would take long walks in the woods or on the beach. Texas nature, of course, is very different, but I know at the university he was running in the park and he would always mention if he met some animals; if there was a snake crossing his path or a raccoon. His connection to nature gave him lots of joy.”

Vladimir took comfort in the well-being of others, so when his mother felt troubled by a recent project at work, he offered what he knew best — a son’s admiration.

“For the last year, I had this project working with Facebook on virtual reality, V.R. glasses, and he took an interest in it,” Yulia said. “He would ask me questions about it and then he would say, ‘Mom, you should apply directly. Stop working with Facebook.’ I would tell him, ‘I just don’t feel too confident. I worked on this project but I am not sure I can work permanently.’ He was always saying, ‘No, do it. I think you should do it.’ He was really encouraging me.”

Yulia’s project has since ended, but Vladimir’s presence and his words of encouragement remain by her side.