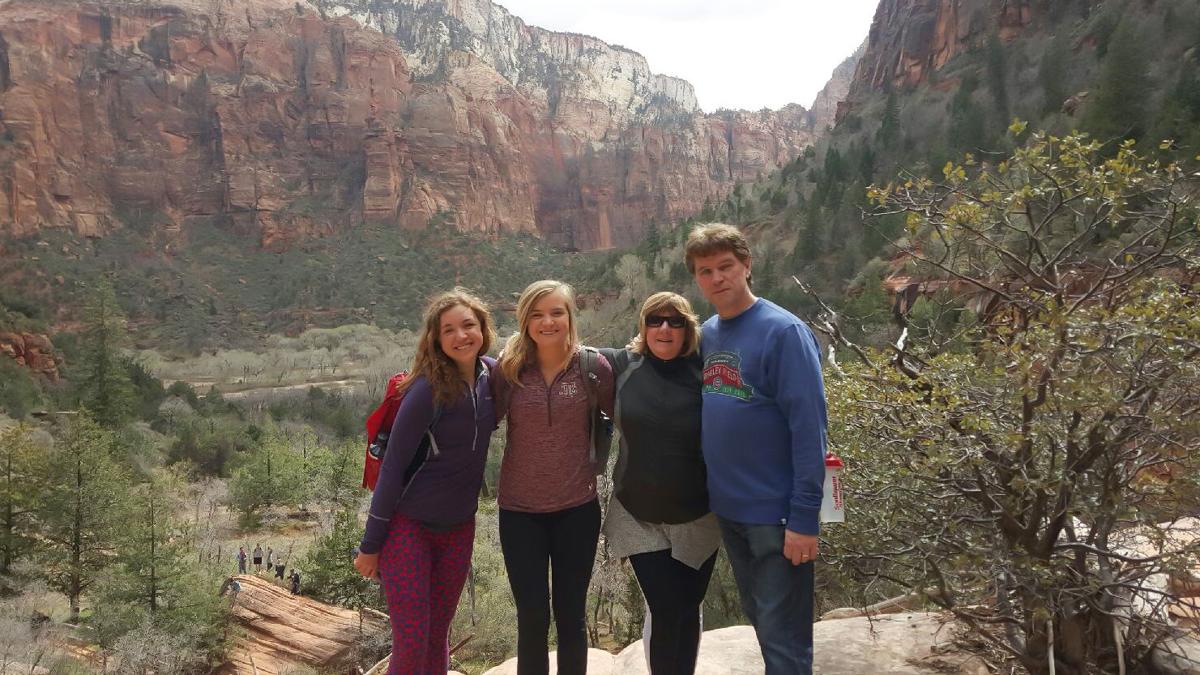 Megan and her family were exceptionally close. She loved them and enjoyed spending time with her sister Bridget and her parents, Jerry and Mary.

Megan loved everything about Texas A&M and Aggieland, especially the traditions. Her favorite being the tradition of the Aggie Ring. Six months ago Megan received her Ring on the one of the happiest days of her life.

Megan and her family were exceptionally close. She loved them and enjoyed spending time with her sister Bridget and her parents, Jerry and Mary.

Megan loved everything about Texas A&M and Aggieland, especially the traditions. Her favorite being the tradition of the Aggie Ring. Six months ago Megan received her Ring on the one of the happiest days of her life.

Megan Bernadette Howe — a beautiful woman with a heart of gold.

From childhood to her Aggie ring day, Megan was known for her selflessness, generosity, her love for Aggie football and traditions.

“Megan was also so beautiful, with a smile that could light up a room,” Megan’s father Jerry Howe said. “How kind she was to everyone, as she could easily interact one on one on the same level with kids or adults … being just on the cusp between both herself.”

Megan was the epitome of a daughter, sister and friend. She never failed to support her loved ones and make them proud. Everything she did, she did for others, thinking about them before herself, Jerry said.

Megan and her mother, Mary Howe, spend a lot of time traveling together, such as girl scouts trips to different locations to spend quality time. Megan was the light of her eyes and she remembers her everyday.

"My daughter was my shining light, full of compassion, so spirited and caring for others, and with a great sense of humor," Mary said. "She was my heart, and a large part of my heart is gone forever."

Megan also gave much of her time to giving back to the community. She worked to become an EMT and provide healthcare assistance as a PA.

"Megan was such a dear, sweet, caring person," Jerry said. "As part of always giving back more or herself than she ever took back, she had dedicated herself to an EMT career pathway, and then ultimately to a PA, showing she wanted to take her personal beliefs and convictions and apply them in her work life. Megan wanted very much to engage in a lifetime of work helping others."

Bridget Howe, Megan’s sister, said they had a typical sister relationship that is best described in a quote by Pam Green — “Sisters don’t need words. They have perfected a language of snarls and smiles and frowns and winks – expressions of shocked surprise and incredulity and disbelief. ”

Bridget said she keeps Megan in her thoughts daily and even though life without her is hard, she knows that Megan is there for her eternally.

“When someone says something ridiculous, I see Megan laughing or rolling her eyes,” Bridget said. “Carrying her with me makes things easier. I will always keep her in my heart and I know that she is still always there for me. Just like she always was.”

Megan’s best friend Cassandra Rozinsky recalls the time she was randomly assigned to room with Megan. She came in not knowing what to expect and went away with a best friend.

“I was one of the few whose lives changed with my potluck roommate,” Rozinsky said. “I truly believe Megan Howe would have been my best friend in any life, but I am blessed that in this one we were connected through Aggieland.”

Starting in high school, Megan aimed to attend Texas A&M and invested all her time and effort into accomplishing this dream. Her love for Aggieland grew as she spent more time here, embracing the culture and traditions A&M has to offer.

Jerry remembers her beaming smile on the day she got her Aggie Ring — her own tangible representation of the Aggie network.

“Once again Megan embraced this huge Aggie tradition, signifying accomplishment that celebrates an academic milestone,” Jerry said. “She knew how receiving the ring provides the most visible symbol of the Aggie network, and how it symbolized protection of the good reputation of the alma mater.”

Heather McCullough, a childhood friend of Megan’s, said there was a lot Megan taught her in their 20 years of being friends.

“In her short time here on this earth, Megan has taught me more than she would ever believe,” Heather said. “She has taught me how to set my ego aside and live without care of what others think. She has taught me to stand up for fiercely and wholeheartedly what and who I believe in. And most importantly, she has taught me true friendship — what it means to stand by someone through all phases of life, the good, the bad, the awkward and the beautiful.”

During her time at A&M, Megan invested her time in the Aggie community and the traditions she grew to love.

“While at A&M she was involved in the sophomore leadership organization, SAIL,” Cassie said. “She was selfless, trustworthy and had a humor that could bring a smile to anyone’s face. The core values flowed through her every single day – she was inspirational. She watched every game, sang every fight song, paid her respects to every memorial, yelled loud at every yell practice, sang even louder at every Northgate football celebration and always sawed them off.”