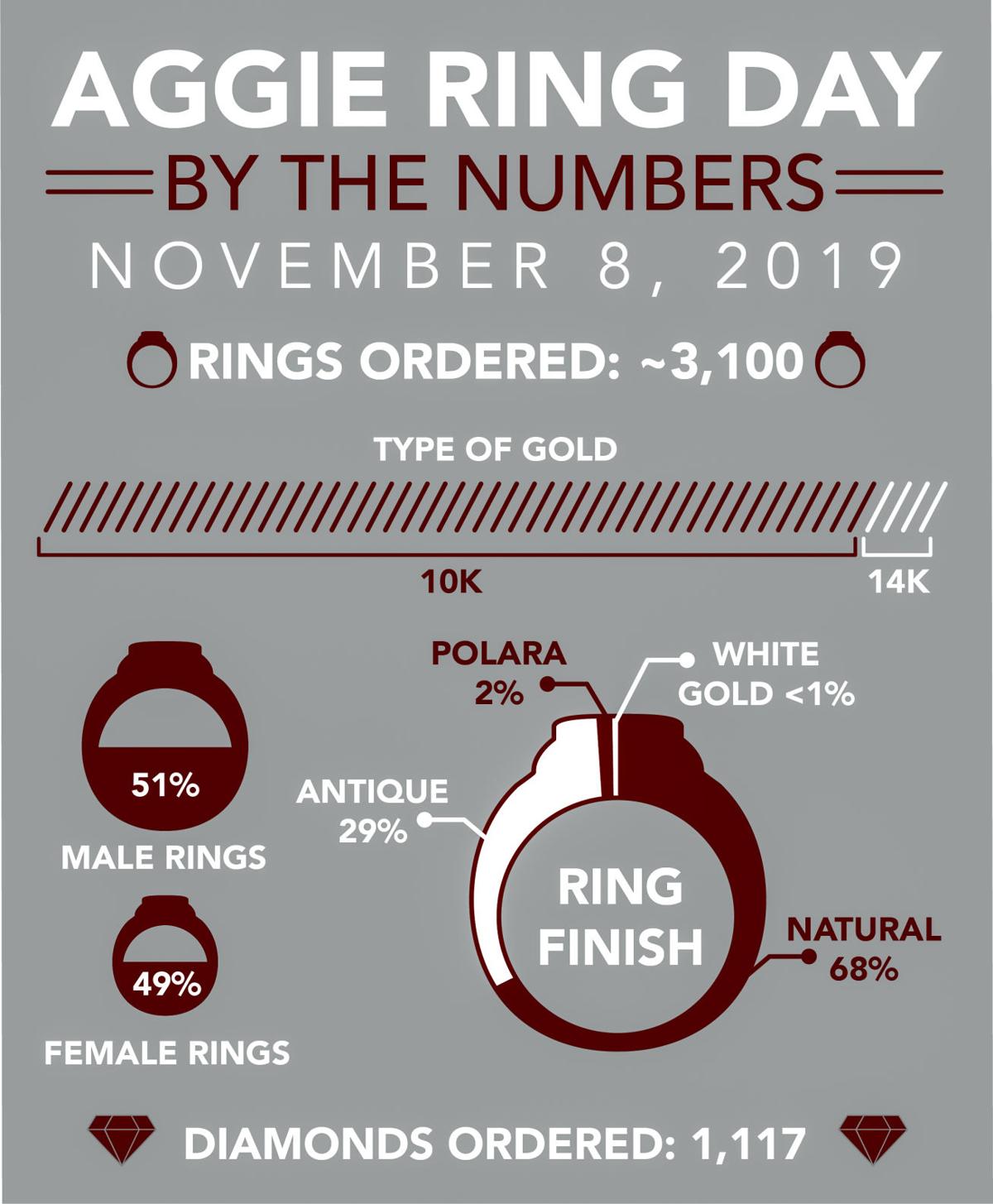 About 3,100 students will receive their Aggie Rings on Friday, with distribution starting at 11 a.m. at the Clayton W. Williams, Jr. Alumni Center.

Each ring recipient needs to have their Ring Ticket, which shows their order number and what time they are scheduled to pick up their ring, said Kathryn Greenwade, Class of 1988 and vice president for communications and human resources at The Association of Former Students.

“Recipients [also] need to bring with them two forms of ID,” Greenwade said. “That, or one form of ID and their Ring Receipt.”

With the complexities that come with Ring Day, Greenwade said it’s imperative for Aggies receiving their rings to stay on top of any emails received from The Association.

“Check your email frequently this week,” Greenwade said. “The Association of Former Students will send several emails that will give you updates on Ring Day. You should take time to read anything that you see in your email from The Association. It’s important.”

Houston Street will be closed starting at 10 a.m., and there will be no access for drop-offs. Instead, recipients are encouraged to park in West Campus Garage, where a shuttle will begin transporting students and their families to the Alumni Center at 10 a.m., Greenwade said.

“Take the complimentary Ring Day shuttle from the garage over to the Alumni Center,” Greenwade said. “The shuttle will drop you off near the staging area, and the buses are fully ADA-compliant. Students should arrive about 15 minutes before their scheduled time.”

Students are placed in groups, with each group containing roughly 100 people, and staged outside the Alumni Center in the parking lot. Once a group is called into the center, students will be given 20 minutes inside the building to put on their rings and take photos. The group will then be directed outside and can continue taking photos and enjoying the festivities for as long as they wish. Recipients should take this time to enjoy themselves and soak up what it means to finally get their Aggie Ring, Greenwade said.

“Earning the Aggie Ring is an important milestone,” Greenwade said. “It’s not easy, and it’s not something everyone can do. You have to have perseverance. … It’s perseverance and it’s commitment. That should be celebrated.”