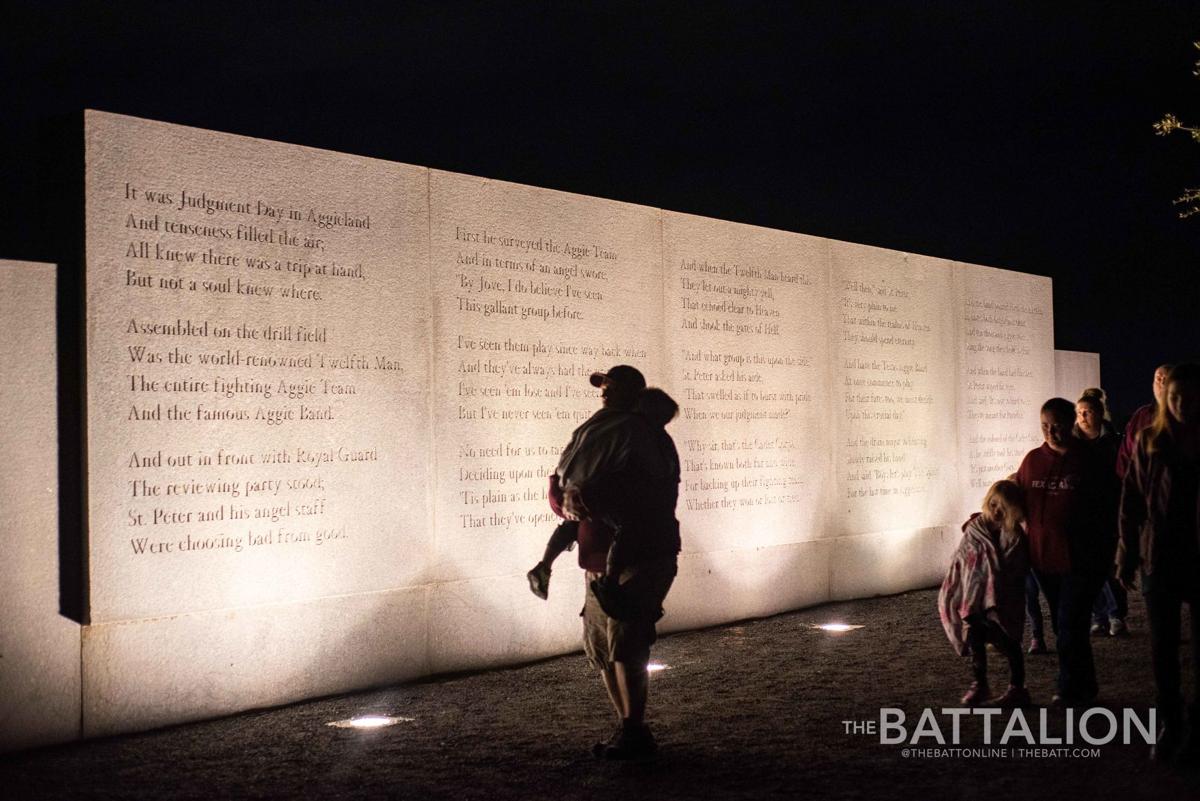 The Bonfire Remembrance ceremony will be held Monday at 2:42 a.m. at the Bonfire Memorial and will be livestreamed on the Tradition Council’s Facebook page. 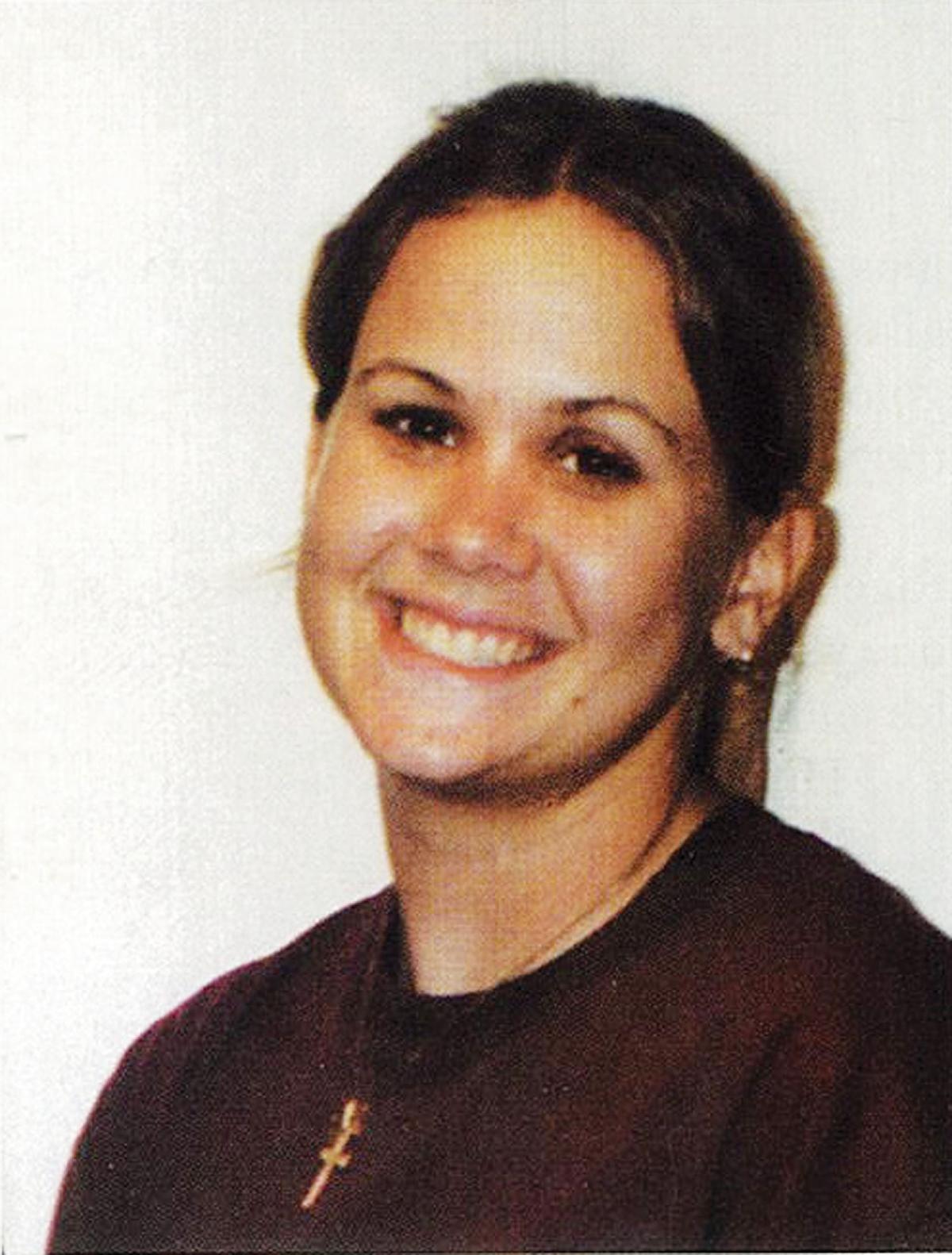 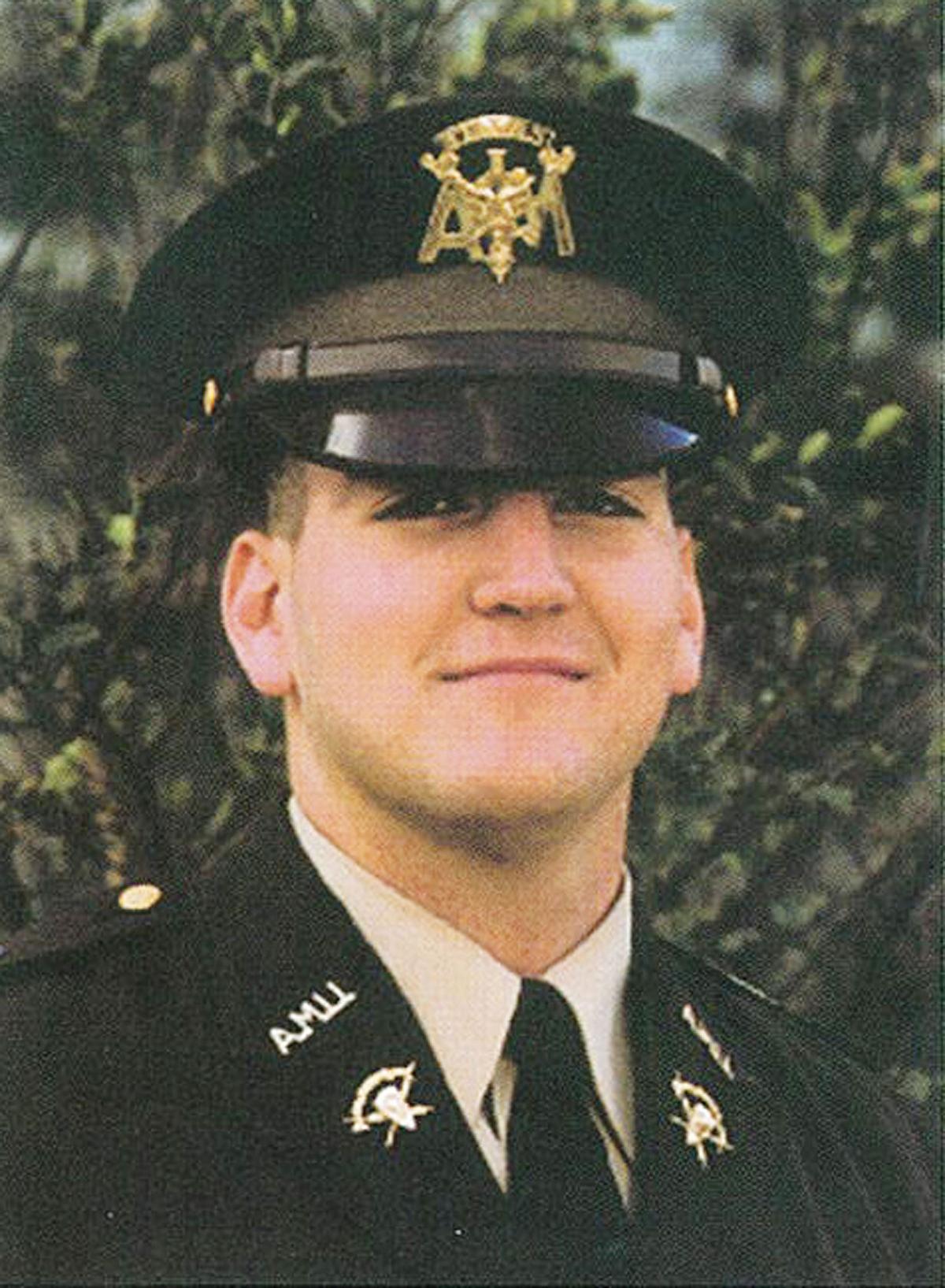 Christopher David Breen graduated from Texas A&M in 1997 with a degree in agriculture development. 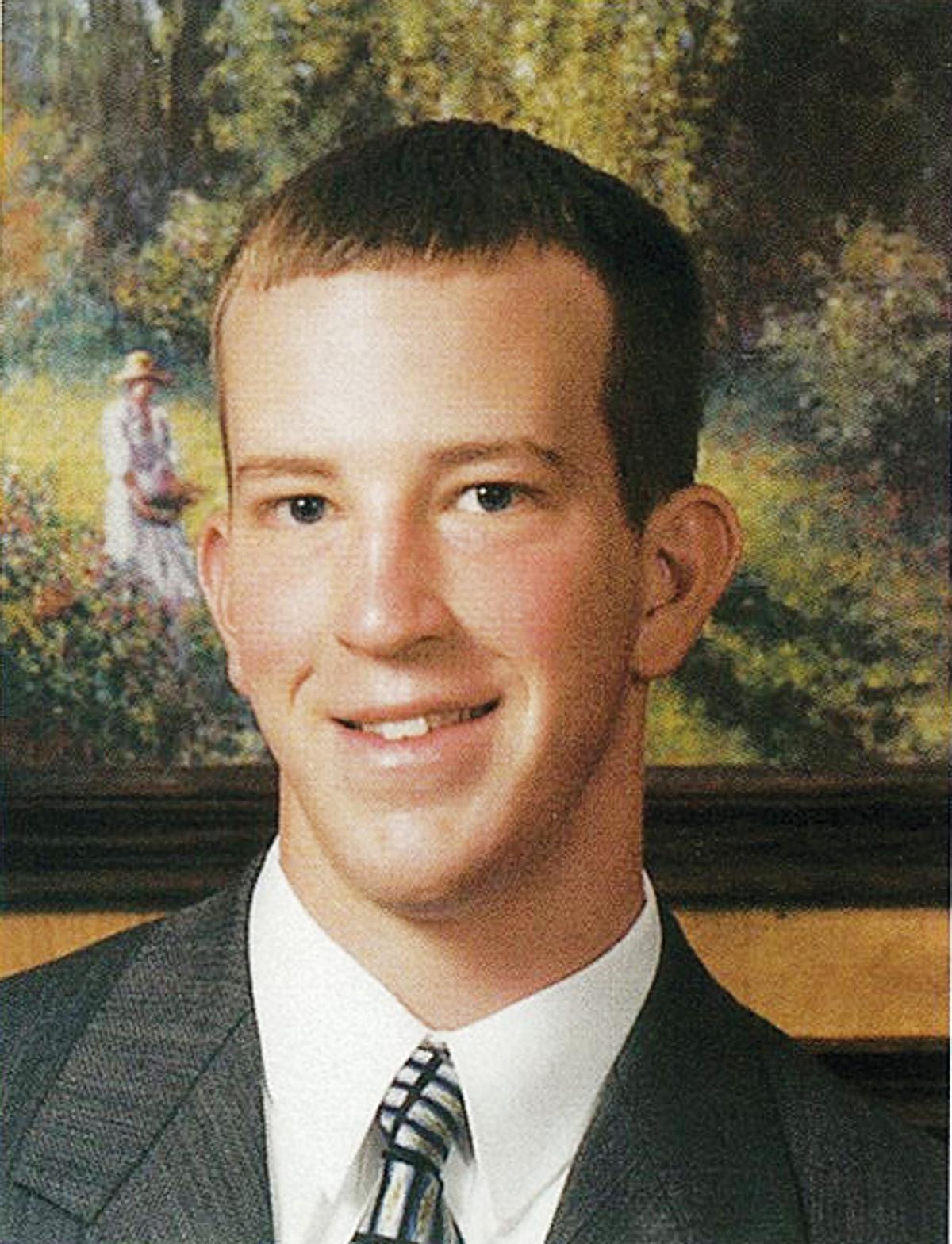 Michael Stephen Ebanks was a part of the 1996 EAA Air Academy in Oshkosh, Wisconsin and came to Texas A&M to study aerospace engineering. 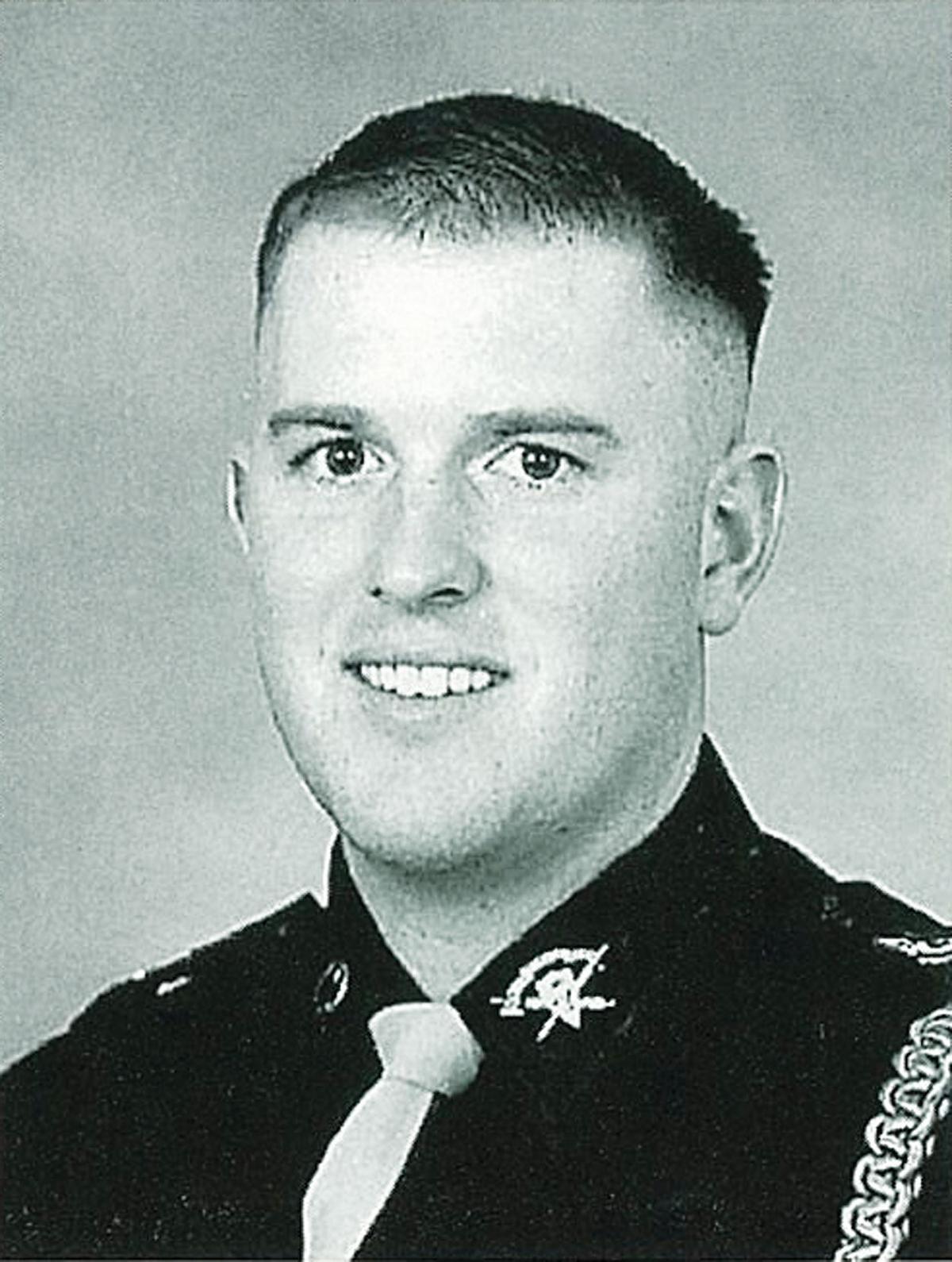 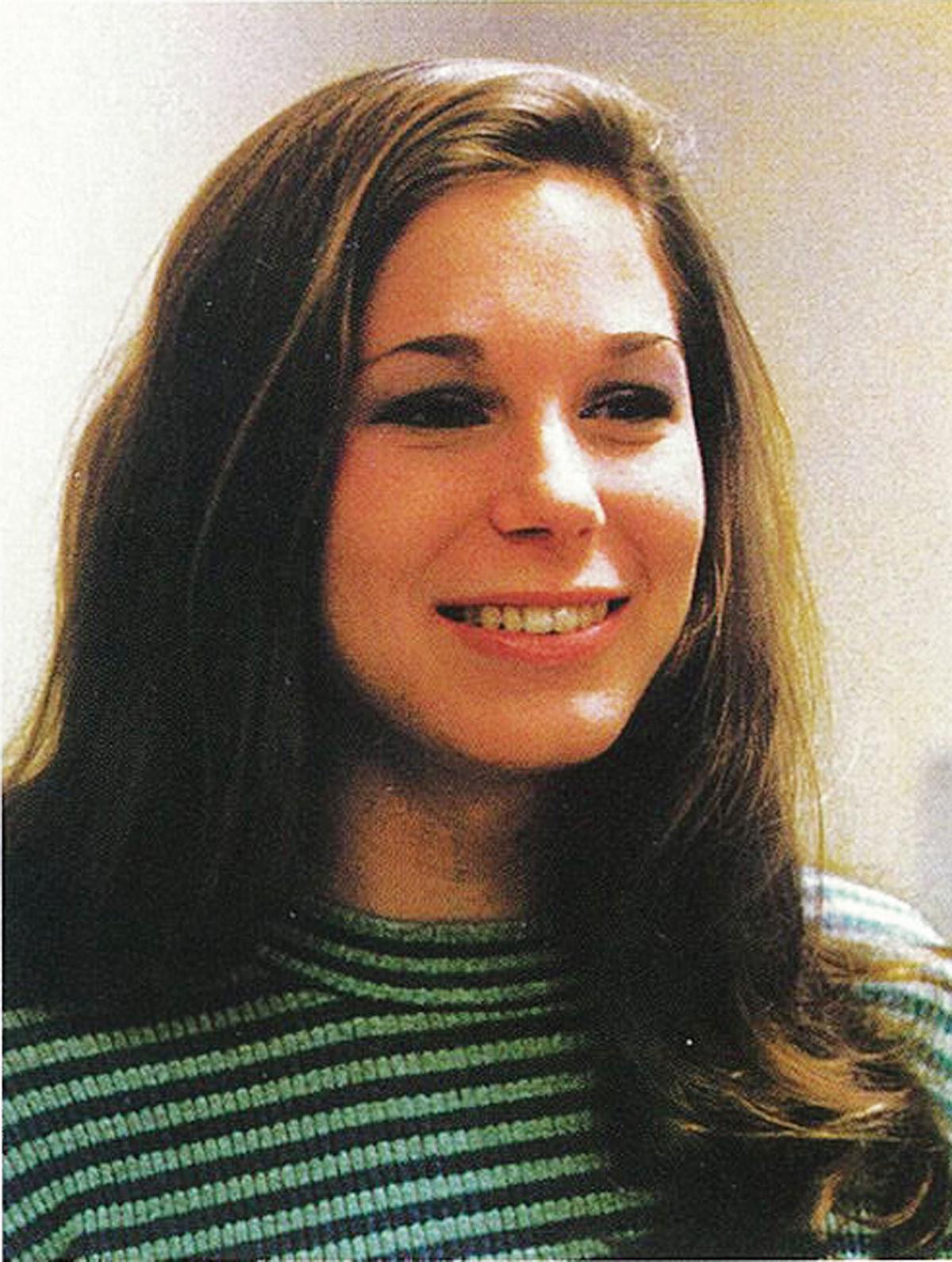 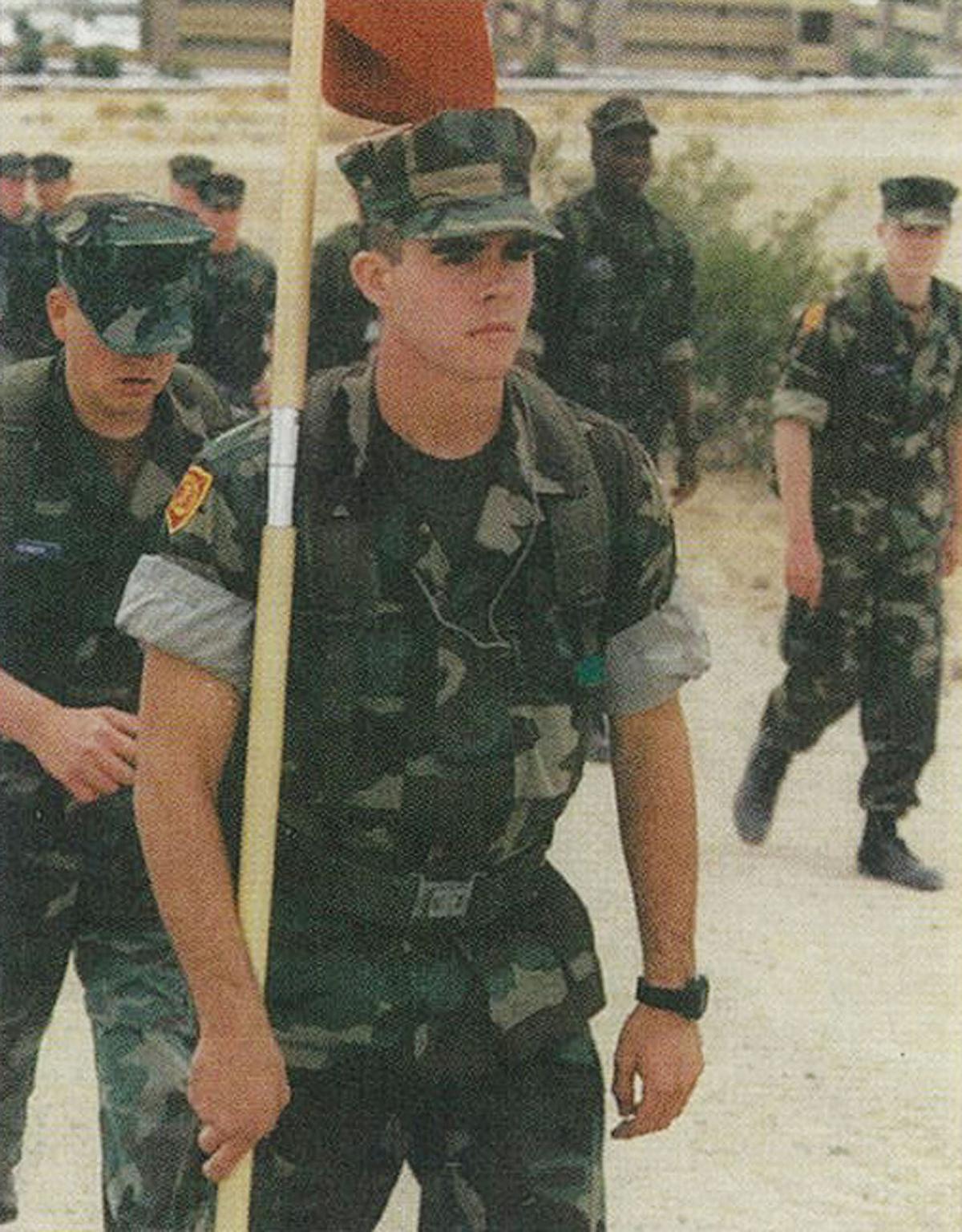 Christopher Lee Heard was an engineering freshman from Houston, Texas. 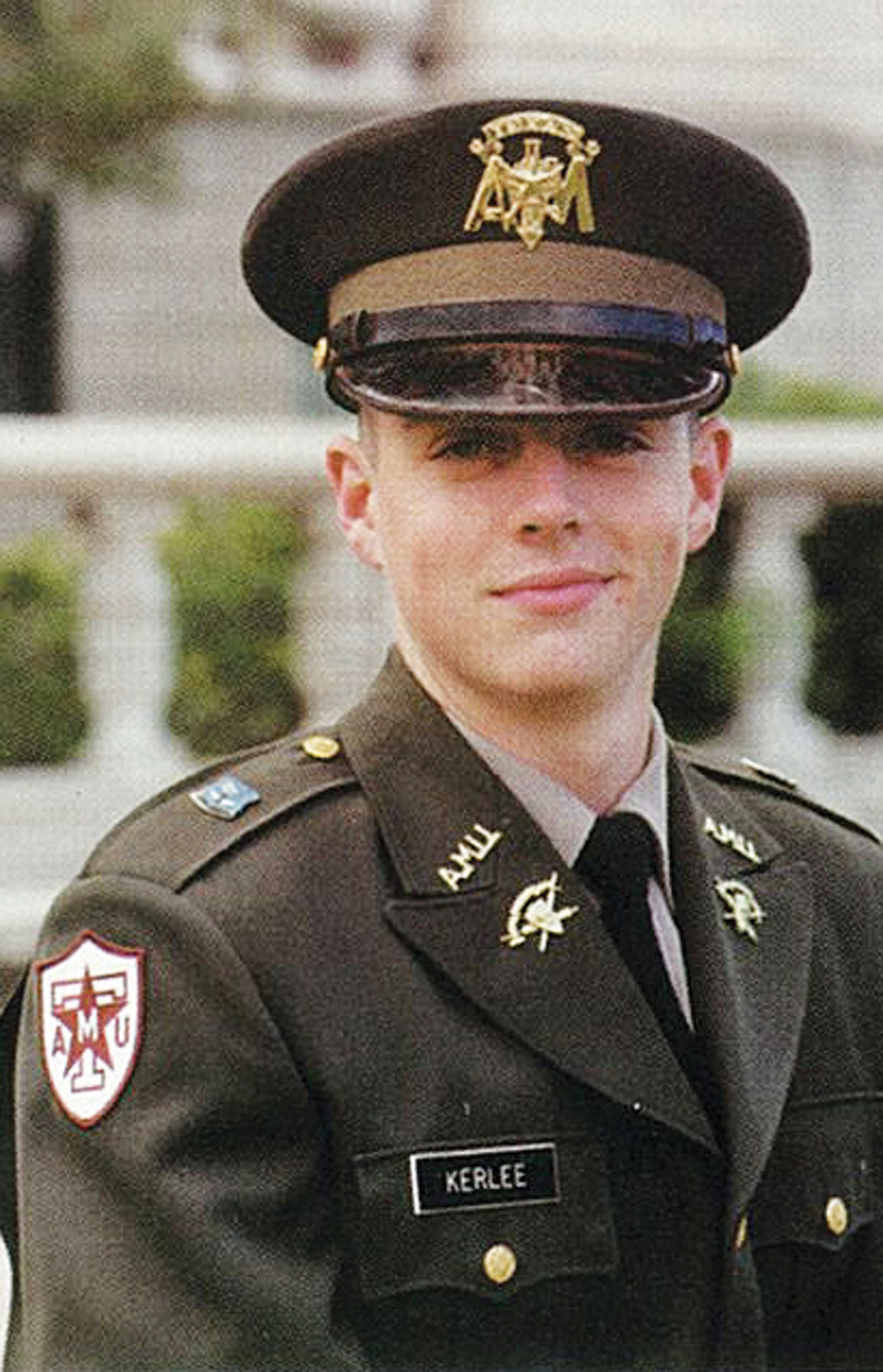 Timothy Doran Kerlee, Jr, who was a mechanical engineering sophomore, was the 12th and last student to pass after the accident. 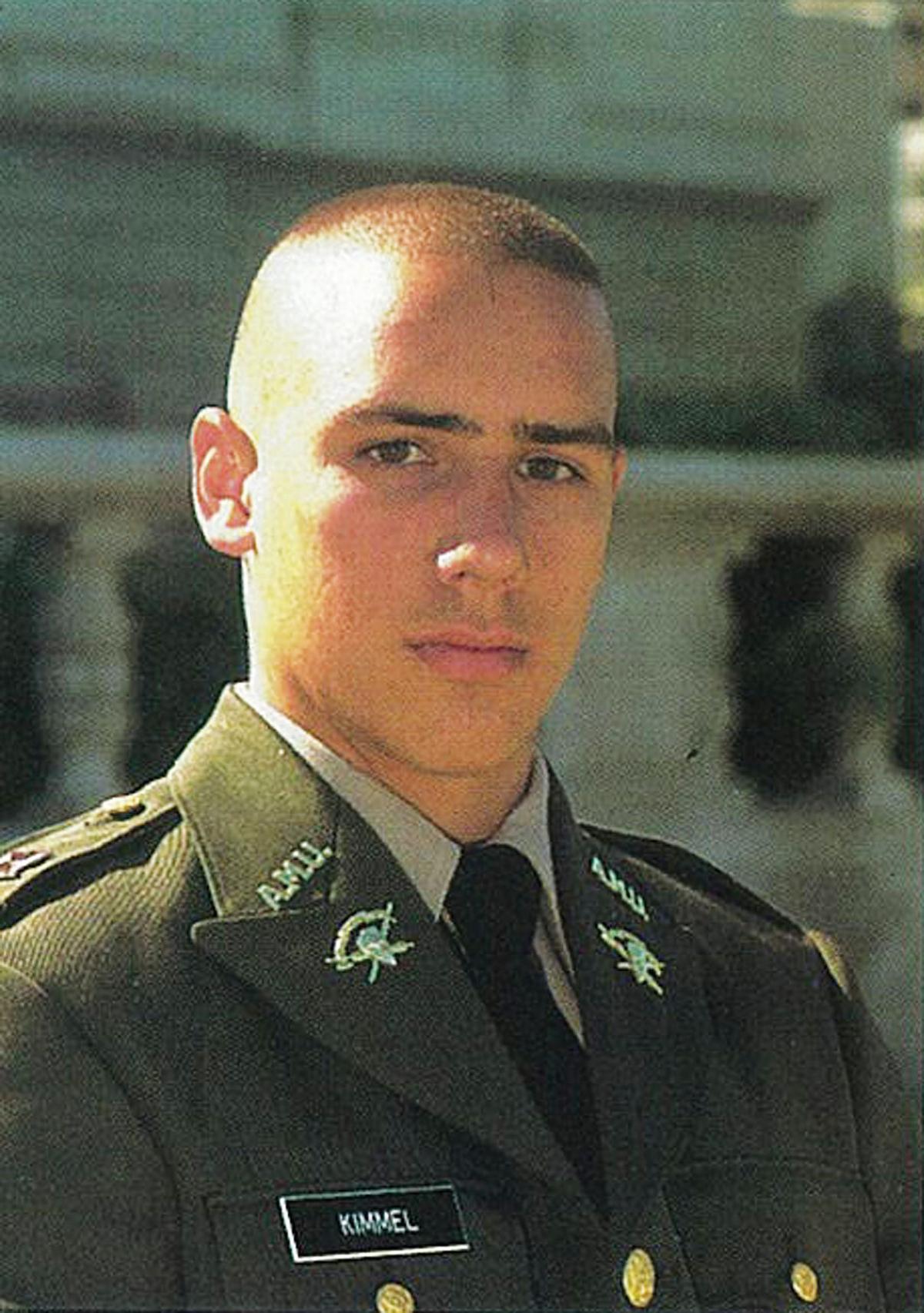 Lucas John Kimmel was a member of the Corps of Cadets D-2 Company and a biomedical sciences freshman from Corpus Cristi, Texas. 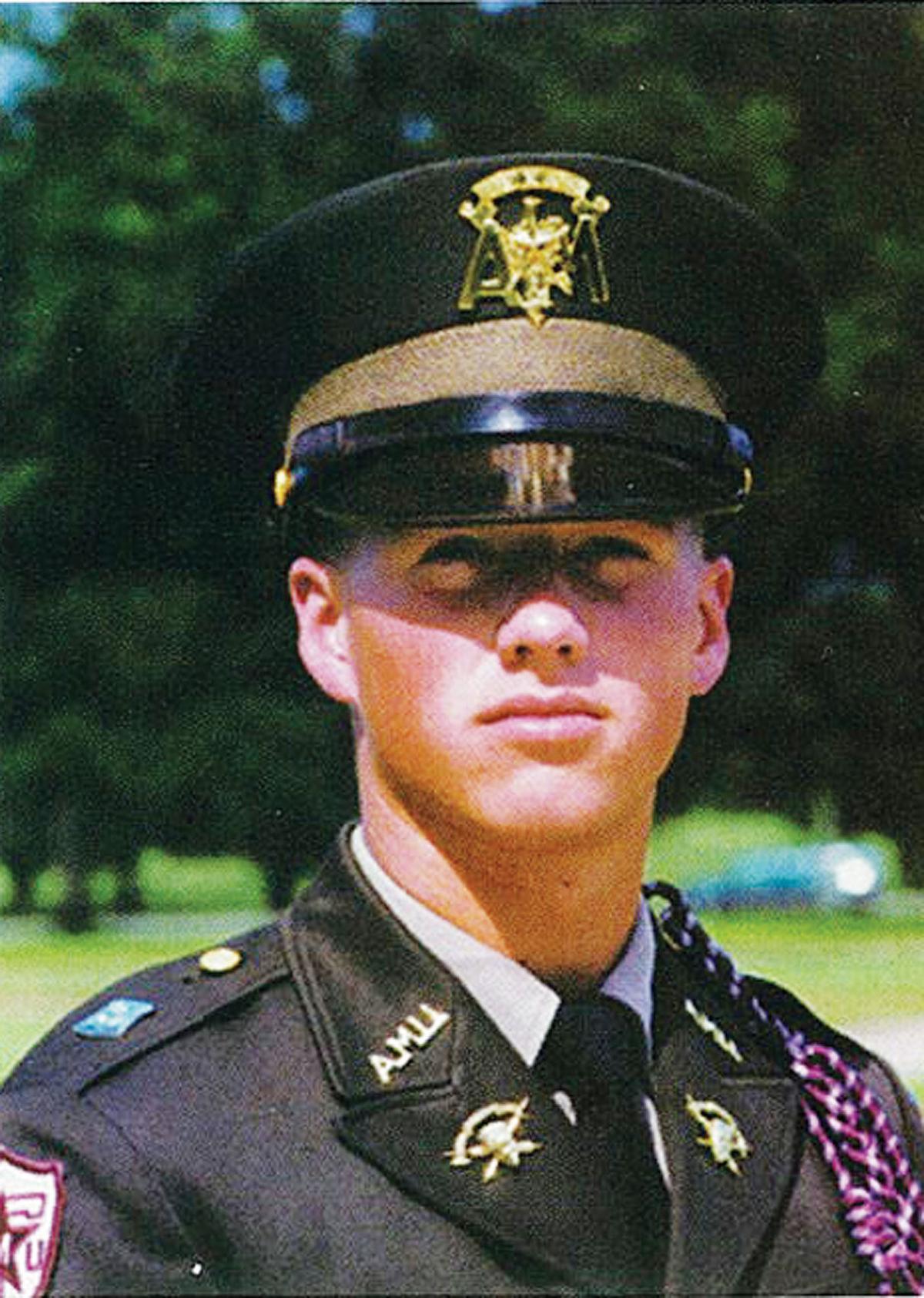 Bryan Allan McClain was a agriculture freshman from San Antonio, Texas and a member of the Corps of Cadets. 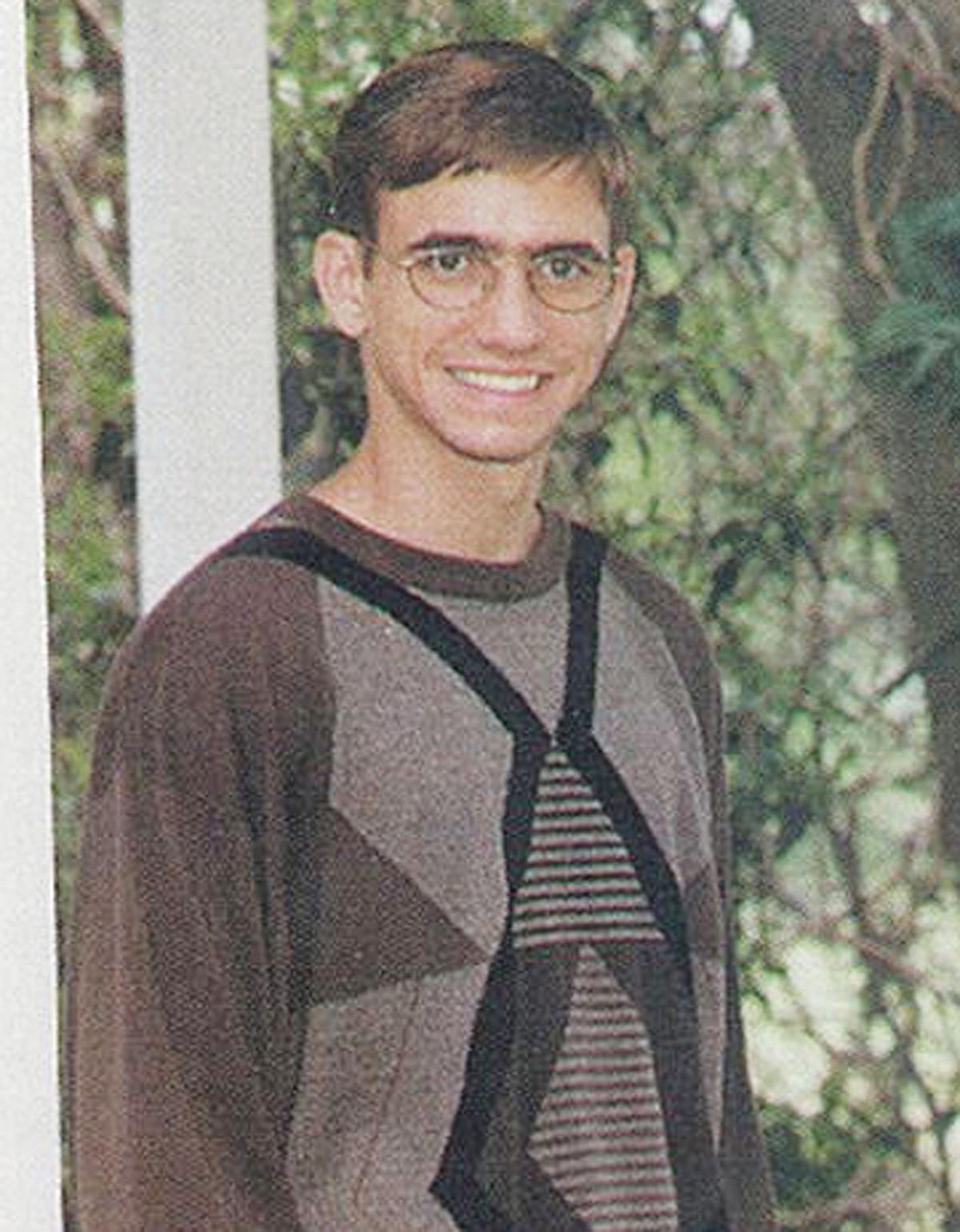 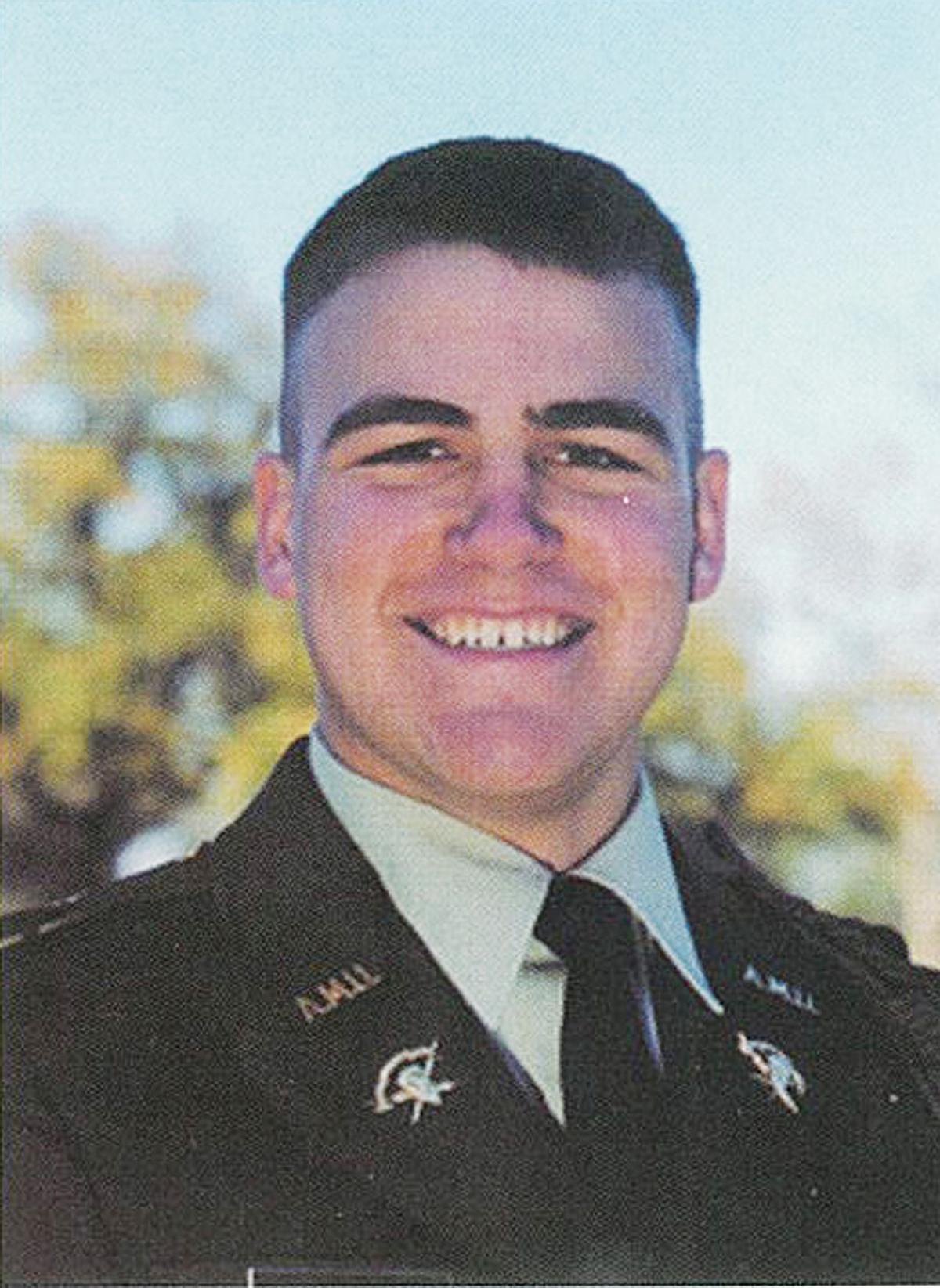 Jerry Don Self was an engineering technology junior from Arlington, Texas. 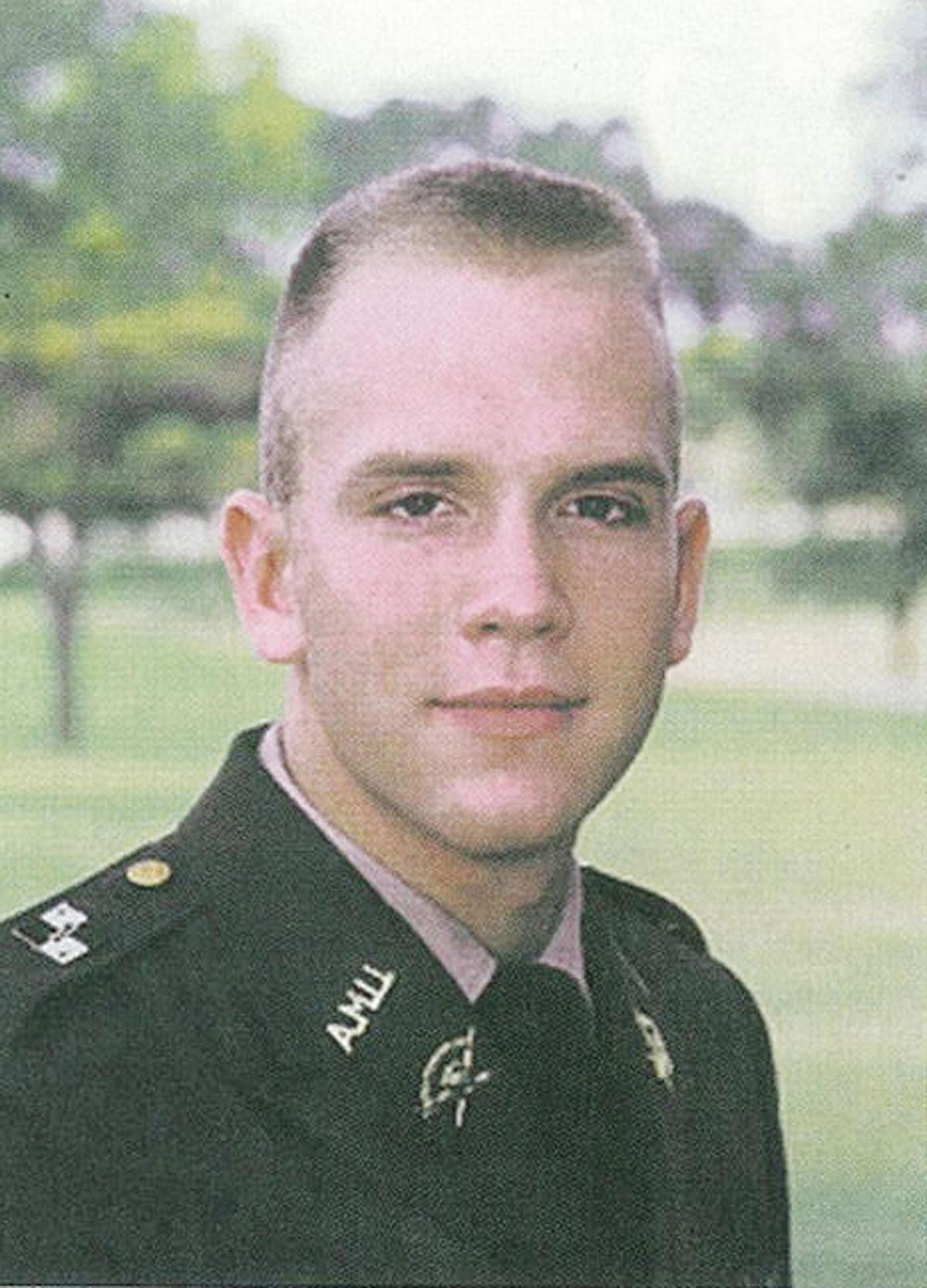 Nathan Scott West was a member of the Corps of Cadets C-2 company and a sophomore ocean engineering major from Bellaire, Texas.

On November 18, 1999, at 2:42 a.m. the Bonfire stack collapsed. Twelve Aggies lost their lives, and it is the duty of Aggies everywhere to keep their memory alive in our hearts. We remember them.

Miranda Denise Adams, was a biomedical sciences sophomore from Santa Fe, Texas. Miranda is remembered for her joyous attitude and passion for the Aggie family. She graduated from Santa Fe High School with honors in 1998 and was the Mosher Hall Bonfire Co-Chair in 1999. It was there that Miranda found her niche at Texas A&M.

While at Fish Camp, Miranda listed her top priorities as God, family, friends and her education. Shortly after her passing, Miranda’s family found an email she wrote that read, “God’s hand is always there. Once you grasp it, you’ll never want to let it go.” As a leader in her dorm Miranda was dubbed the “Queen of Bonfire.” Every year, her family makes a trip to College Station for the Bonfire remembrance ceremony.

Christopher David Breen, Class of 1997, graduated with a degree in agriculture development. Although he was from Austin and grew up with a family of longhorns, he was a dedicated Aggie.

His dedication to his school activities and university are considered to be the reasons he came back two years later to participate in the construction of Bonfire.

Two years before the collapse, Christopher was the senior coordinator for the construction process group known as the brown pots. During his time at A&M, Christopher was a member of the Corps of Cadets and attended St. Mary’s Catholic Church, dedicating himself to his passion for the Catholic faith and to his fellow students in the Corps.

Outside of university, Christopher enjoyed the outdoors, having spent many summers as a canoe guide for the Boy Scouts in Minnesota.

Michael Stephen Ebanks will always be remembered for his bravery, kindness and ability to embrace life.

Michael, son of Gerald and Bulinda Ebanks of Carrollton, was a part of the 1996 EAA Air Academy class in Oshkosh, Wisconsin, at the age of 16. As one Air Academy classmate said, “Once you know him, you could never forget him.”

Michael came to Texas A&M to study aerospace engineering and participate in A&M’s traditions, including the Aggie Bonfire. He spent his last moments trying to rescue his fellow workers.

Some family members said that “Michael loved the human mind … But he loved the human heart most; goodness knows he made his way into about a jillion of them. And he loved life beyond belief, as well as all that went with it.”

“…There is one thing I’ve learned. Sometimes the plainest things mean the most,” Jeremy wrote in a note to his mother.

Jeremy Richard Frampton, a California native, is remembered for his compassionate and thoughtful nature, gentle spirit and willingness to help others.His close friend John Templer, Class of 1999, said Jeremy was “a phenomenal guy in all facets.”

While at Texas A&M, Jeremy studied psychology and spent his time in Company D-1 of the Corps of Cadets. As an upperclassman in the Corps, Jeremy devoted a large amount of his time to coordinating and constructing Bonfire, even when it was not required of him, Templer said.

“He loved Bonfire like no other, and any death is an untimely death, but you know, if he had to pass on in one shape or form, he truly died doing what he loved,” Templer said.

Jamie Lynn Hand was an environmental design freshman from Henderson.

As she wrote in her application to be a Fish Camp counselor, the best way to get an idea of who she was is to know what she liked to do — playing softball, putting on plays with her sisters and using her artistic talent to draw, paint and decorate. Her writing displays her earnest and joyful.

“If you were to ask other people about me I will bet you they would say I’m easy to get along with, fun, and a bit like Dr. Jekyll and Mr. Hyde the way I can be quiet and shy at one moment and loud and crazy the next,” Jamie wrote in her application.

Jamie took pride in her involvement with the tradition of Bonfire and strongly believed in its ability to bring Aggies together in a single shared purpose and spirit.

Christopher Lee Heard was an engineering freshman from Houston.

He was a determined and focused young man who had a larger-than-life personality. Throughout high school and his first semester at Texas A&M, he participated in various activities, from swimming to sharpshooting to being a cadet. Growing up in Texas, Christopher enjoyed two-stepping and singing along to country music.

Christopher had an immense desire to help others, and he inspired his peers to trust him and follow his lead. He used his warm personality, keen sense of humor and spirit to make a special place in the hearts of many, including his brothers and parents.

The day before the collapse of the Bonfire Stack, Christopher registered to join the Marines after graduation, which was one of his life-long dreams. Even as the Bonfire began to collapse, Christopher warned those below him, concerned about their well-being before his own.

Timothy Doran Kerlee Jr. was a mechanical engineering sophomore from Barlett, Tennessee. Timothy was a bright student with a passion for Texas A&M. He was a member of the Corps of Cadets, a teacher to anyone who needed help and a friend to each person he met.

Timothy left a legacy bigger than himself. His selfless nature attests to how wise, kind and compassionate he was. Beneath the fallen logs, Timothy lay pinned, but rather than letting rescue workers free him, he used his vantage point to direct first responders to five students he could see, shouting out, “Help my buddies first.” Timothy was taken to the hospital and lived long enough to see his family and friends before he passed away, with a pair of boots and a saber by his hospital bed.

Lucas John Kimmel was a biomedical sciences freshman from Corpus Christi and a member of Company D-2 in the Corps of Cadets.

An ardent follower of the Catholic faith, Lucas is remembered for his devotion to family and his positive outlook on life. Throughout his life, he made every second count, never looking back.

Lucas had dreams of traveling and partaking in adventures on every corner of the world, but what he enjoyed most of all was camping with his family. Lucas always made time to visit his family and spend time with those he loved, including his dog, Maverick. His love for animals grew day by day as he spent time with Maverick, resulting in his decision to enroll at Texas A&M in 1999 with hopes of becoming a veterinarian.

Lucas’ love for adventure and nature sparked his interest in the Bonfire tradition that carried on throughout his time in Aggieland.

Bryan Allan McClain, an agriculture freshman, will be remembered by family and friends as a passionate and loyal friend who lived fearlessly.

Bryan knew there was one school and one school only that he wanted to attend — Texas A&M.  Bryan decided he wanted to join the Corps of Cadets after he participated in the “Spend the night with the Corps” program during his senior year of high school. He fiercely believed in the idea that the cadets were the “Keepers of The Spirit” and lived his life with that mentality.

Bryan was from San Antonio, and his neighbors described him as “the kind of kid you’d like your little brother, son or nephew to grow into.”

On Bryan’s portal at the Bonfire Memorial, the inscription reads, “It was said by many, that Bryan had put more into his 19 years of life than a person 80 years old.”

Chad Anthony Powell was known for his embodiment of selfless service, intelligence and kindness.

Once, Chad and his father decided to go on a Boy Scout trip together. The two had planned to spend time with one another, but Chad volunteered to help younger scouts during a variety of service projects. Even though he missed out on time with his father, Chad said they took the trip to be in service to others.

The computer engineering sophomore from Keller was not only kind but extremely bright. He graduated as valedictorian of his graduating class at Keller High School.

He will be remembered as an Aggie who embodied the core values and was enjoyed by all who knew him.

“If others could only give like he gave, love like he loved, and live like he lived, what a wonderful place this would be,” the inscription on his memorial portal reads.

Jerry Don Self was an engineering technology junior from Arlington and a member of Squadron 17 of the Corps of Cadets.

Jerry was a devout Christian who had a love for serving God. He was a camp counselor, as he loved working with kids, and he had hopes of becoming a youth minister.

A football player in high school, Jerry received a scholarship offer to play football for Texas Tech, but he turned it down to join the Corps.

His most notable features were his contagious smile and his caring, selfless heart.

“His loyalty and compassion was obvious through the steadfast friendships he offered to many,” his portal reads. “He took the initiative to look past people’s faults and see their hearts, and cared for the hearts he saw.”

Eagle Scout, Corps of Cadets Company C-2 member, but most importantly an Aggie, Nathan Scott West was admired and loved by family and friends, who attest to his embodiment of Texas A&M’s core values.

Nathan was an ocean engineering sophmore from Bellaire. His family and friends described him as a devoted follower of God who truly knew how to care for others.

Nathan’s Boy Scout troop, Troop 211, honors his legacy by leaving a seat empty at the ceremony any time a member of the Troop rises to Eagle Scout status. Nathan’s father described him as an inquisitive young man who somehow always found a way to get lost, but eventually found a home at A&M.

Nathan inspired those around him and exemplified the core values through his faith, service and dedication to others.

Information via The Battalion, the Bonfire Memorial website, The Eagle and KBTX. Compiled by The Battalion's 2017 Editorial Staff and updated by the 2019 staff.