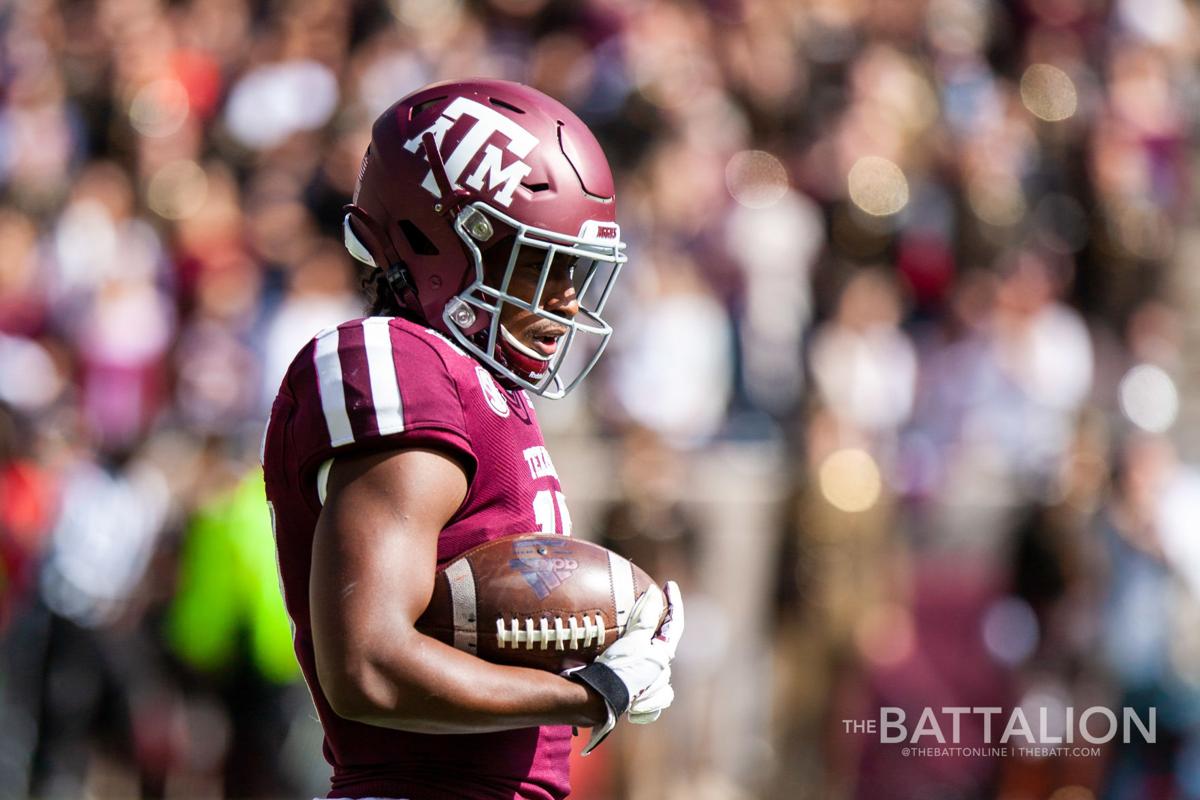 Freshman Ainias Smith is tied for second shortest player on the team. 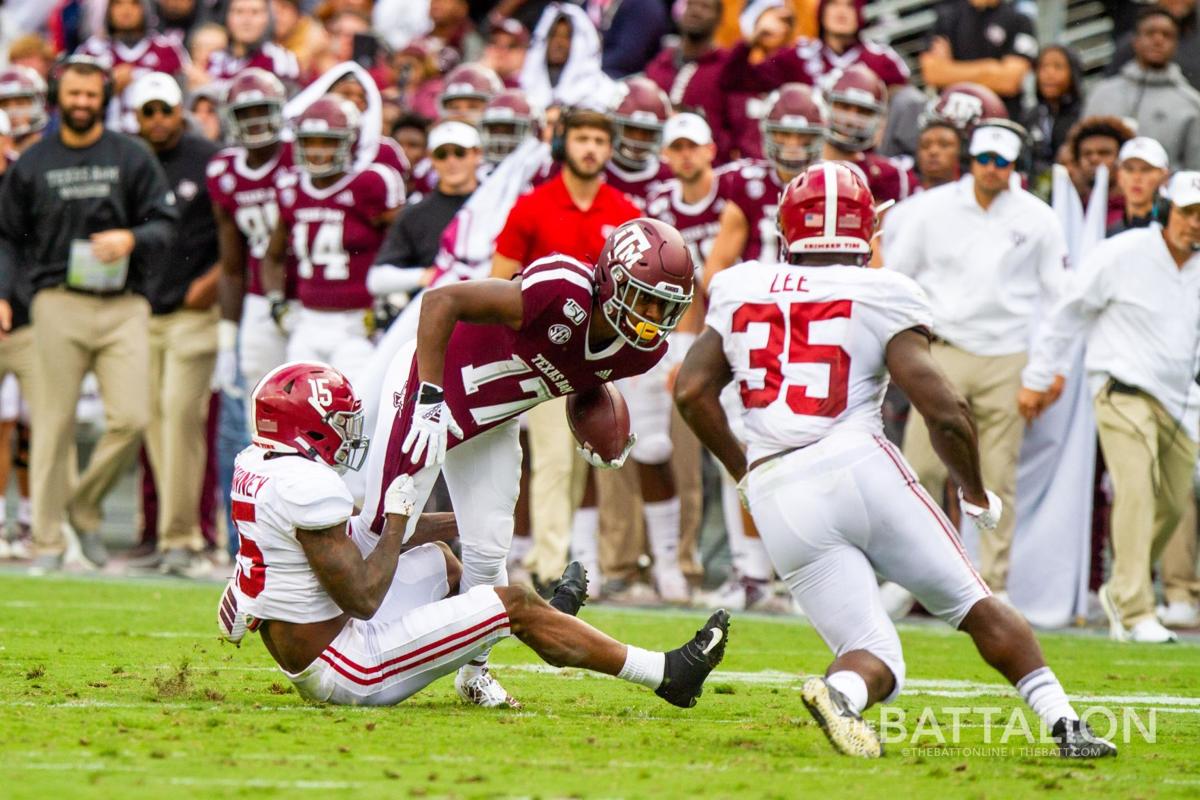 Freshman wide receiver Ainias Smith has 17 receptions for 213 yards on the season.

Freshman Ainias Smith is tied for second shortest player on the team.

Freshman wide receiver Ainias Smith has 17 receptions for 213 yards on the season.

On a team full of underclassmen, freshman wide receiver Ainias Smith is making a name for himself.

He may not be the tallest guy on the field, with his 5-foot-10 stance tied for the second-lowest height on the team, but he makes up for it with his physicality, Fisher said.

“He’s physical for his size,” Fisher said. “He’s shorter, and I joke about it all the time with him, but he’s not little. He can block, he can run through tackles, he breaks tackles. He has a natural knack to play the game.”

Smith’s physicality has allowed him to contribute 119 punt return yards, 197 kick return yards and 213 receiving yards for Texas A&M so far this season.

The freshman’s collegiate success comes as no surprise as he is coming off an illustrious high school career that made him a three-star recruit. A Houston Touchdown Club UIL Offensive Player of the Year finalist and District Co-MVP, Smith recorded 718 receiving yards, 481 rushing yards, 10 receiving and 10 rushing touchdowns, and a kick return touchdown in his senior season at Dulles High School.

He also added two passing touchdowns on offense and three interceptions and one touchdown on defense.

According to 247sports.com, Smith fielded scholarship offers from 15 schools before choosing to become a late addition to A&M’s 2019 recruiting class, signing on Feb. 6.

Fisher said though Smith signed late, the Aggies had pursued him for a while.

“We wanted him the whole time,” Fisher said after A&M’s 62-3 win over Lamar on Sept. 14. “It was his choice to be a late addition to the class. It wasn’t my choice. But I’m glad he made that decision for sure. That guy’s a very talented guy.”

Fellow wide receiver junior Quartney Davis played a role in getting Smith to campus. Davis said he was helping coach wide receivers at a camp when Smith, a participant at the camp, caught his eye. Smith’s scholarship offer came soon after, Davis said.

“I was talking to [wide receivers] coach [Dameyune] Craig about him, and I told him he was going to be a really good player,” Davis said after A&M’s 31-27 victory over Arkansas. “They ended up giving him a scholarship offer, and he came here and worked so hard. In the summer workouts he always wanted to go with the older guys. He never wanted to miss a rep in practice.”

Smith was already privy to the appeal of the SEC, however. His older brother Maurice began his collegiate career at Alabama before transferring to Georgia as a graduate student in 2016. He now plays safety for the Washington Redskins.

Despite his late arrival to Aggieland, Smith had already made an impression on the team by the time fall camp ended.

“Even in the summer, what caught my eye is him, Quartney [Davis] and some of the other receivers would compete to see who could run the best routes,” junior quarterback Kellen Mond said. “He’s a competitor, and he always wants to be the best. Even in that, he showed his flashes of elite quickness. That was something I saw early on.”

Fisher said Smith’s success this season is due to three things.

“One, he has ability. Two, he has super competitiveness. Three, he has great intelligence,” Fisher said. “He gets it. Football makes sense to him.”

Smith got his first collegiate start against Alabama after junior wide receiver Roshauud Paul elected to redshirt this season. In that game, he had only one punt return attempt for 10 yards and two receptions for 21 yards.

In A&M’s last game against UTSA, Smith had two punt returns for 25 yards, two kick returns for 41 yards and three receptions for 31 yards.

Smith’s improvement is a result of catching punts from the No. 1 punter in the nation, senior Braden Mann, who averages an NCAA-leading 49 yards per punt.

“I don’t think he saw a whole lot of college-type punts when he was in high school,” Mann said. “He had trouble at first judging exactly how far and how high and where they’re going to land. Now, he’s really come into it, and he’s doing a lot better job.”

Ausbon said that although Smith entered the program with a loaded resume, he continues to develop his skills daily.

Davis said Smith’s contribution to A&M’s offense is simple: “Like Coach Craig says, all he does is score touchdowns.”