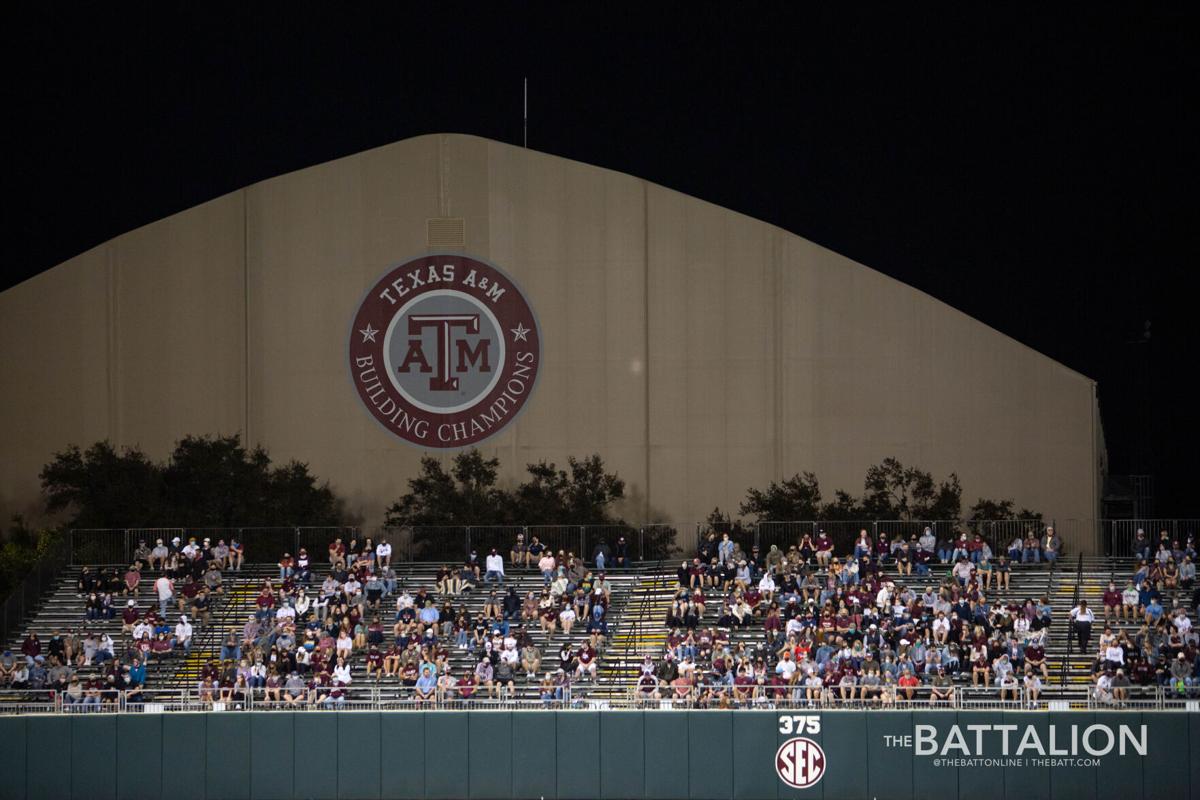 A grandstand located behind the right field fence is the new home for the student section at Texas A&M baseball games. Texas A&M Athletics announced the new seating arrangements at Blue Bell Park in February in an effort to accommodate fan attendance while also mitigating the risks of COVID-19. 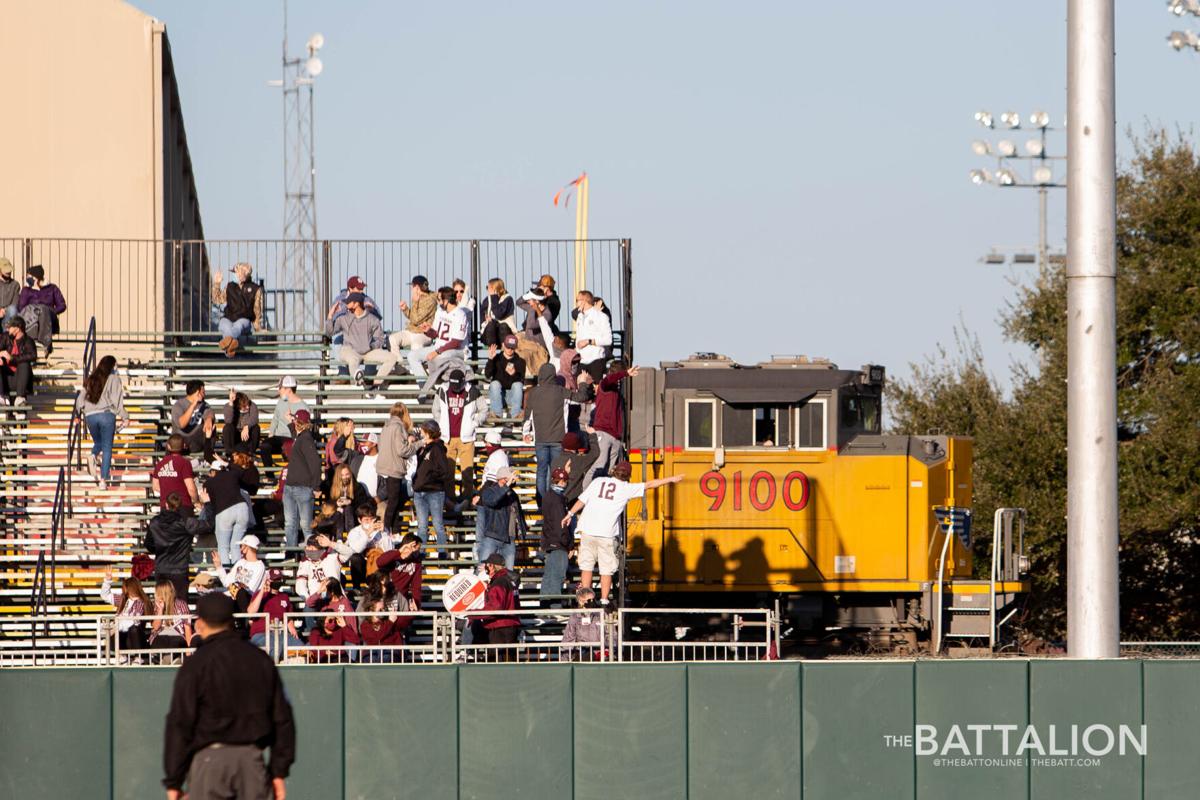 Twenty-six games into the 2021 season, Texas A&M student baseball fans have mixed reviews about the new “Section 12” seating that is located behind right field at Blue Bell Park.

Some students have called foul on the longer walk to concessions, while others are proponents of the move, noting the loud 12th Man swarm behind the opponent’s bullpen is both entertaining and a new kind of home field advantage.

Beverages and heckle-ability aside, moving the student section from Section 203 to a grandstand behind right field is one of the COVID-19 precautionary measures taken by Texas A&M Athletics for the 2021 season, according to 12thman.com.

But relocating its key supporters has shifted both fan and player energy in the wrong direction, A&M business freshman Jacob Scroggin said.

“The student section is what gives the rest of the fans and players energy and excitement,” Scroggin said. “Being way out here, it is very hard for everyone to hear us.”

A longer walk to the concession stands and restrooms are also strikes against the move, but the most talked-about problem is Section 12’s proximity to the railroad tracks.

“Every time a train comes by, the whole section covers their ears because the tracks are literally right behind us,” Luke Darrow, sports management freshman, said.

But some fans do see an upside to now being located directly behind the visitor bullpen.

From the ever-present “Ball Five” chants to a revolving door of new ways to heckle opposing players, the passion of the student section has often played a vital role in creating the Aggies’ famous Olsen Magic. That passion has persisted through the move, former student Samuel Macky said.

“I love how everyone looks up the roster to find the right fielder’s name, then messes with the poor guy the entire night,” Macky said.

With the players far outnumbered by fans, a lot of dialogue gets shouted at the opposing team, business junior Kendall Kresta said.

“I feel like we make a big difference in the relief pitcher’s performance because the whole time they are in the bullpen we get in their heads,” Kresta said.

Under the new configuration at Olsen Field, A&M has gone 14-5 at home, outscoring opponents 143-57. In 2020’s COVID-19-shortened season, the Aggies went undefeated in front of their normal home crowd at Blue Bell Park with 14 wins.

Students are able to purchase limited tickets for Section 12 at home games, according to 12thman.com.

Texas A&M baseball upsets, shuts out No. 5 Texas with help from fans

Section 203, Aggie Alley and the entirety of Olsen Field at Blue Bell Park were electric on Tuesday, March 30, as Texas A&M baseball took …