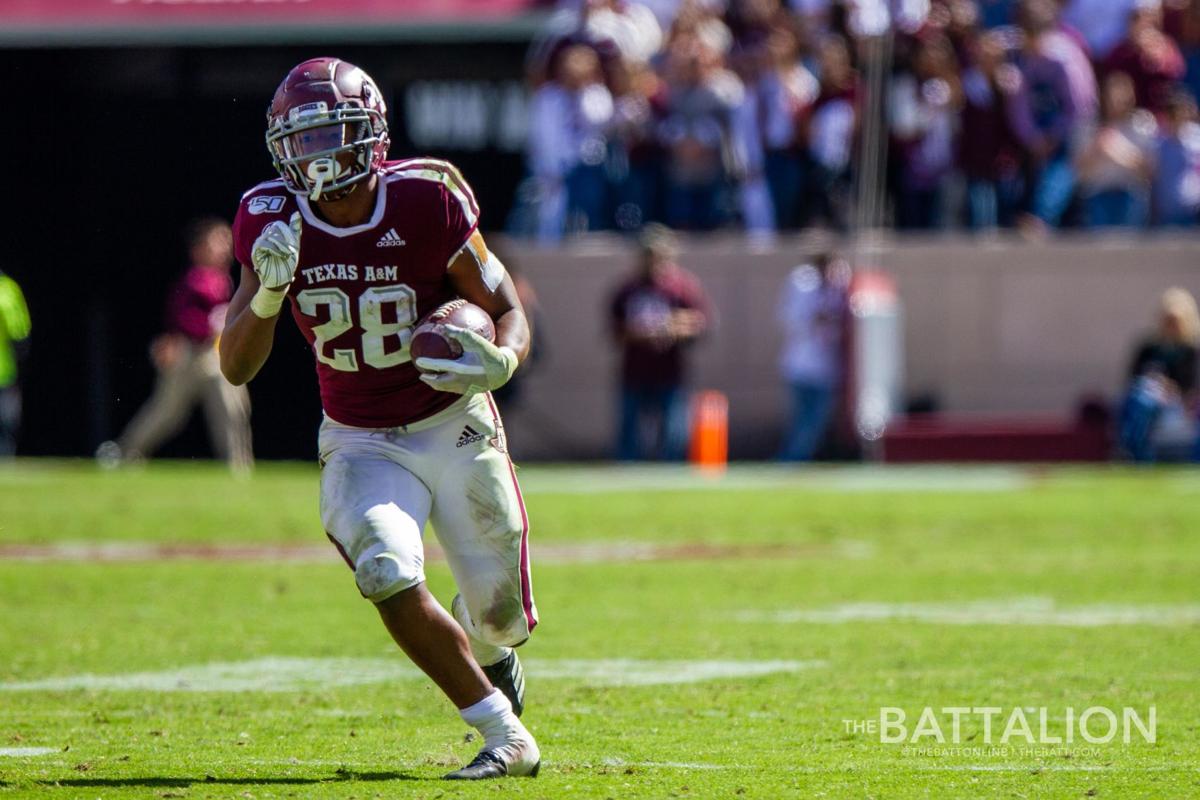 Freshman Jalen Wydermyer had four receptions for 52 yards against UTSA. 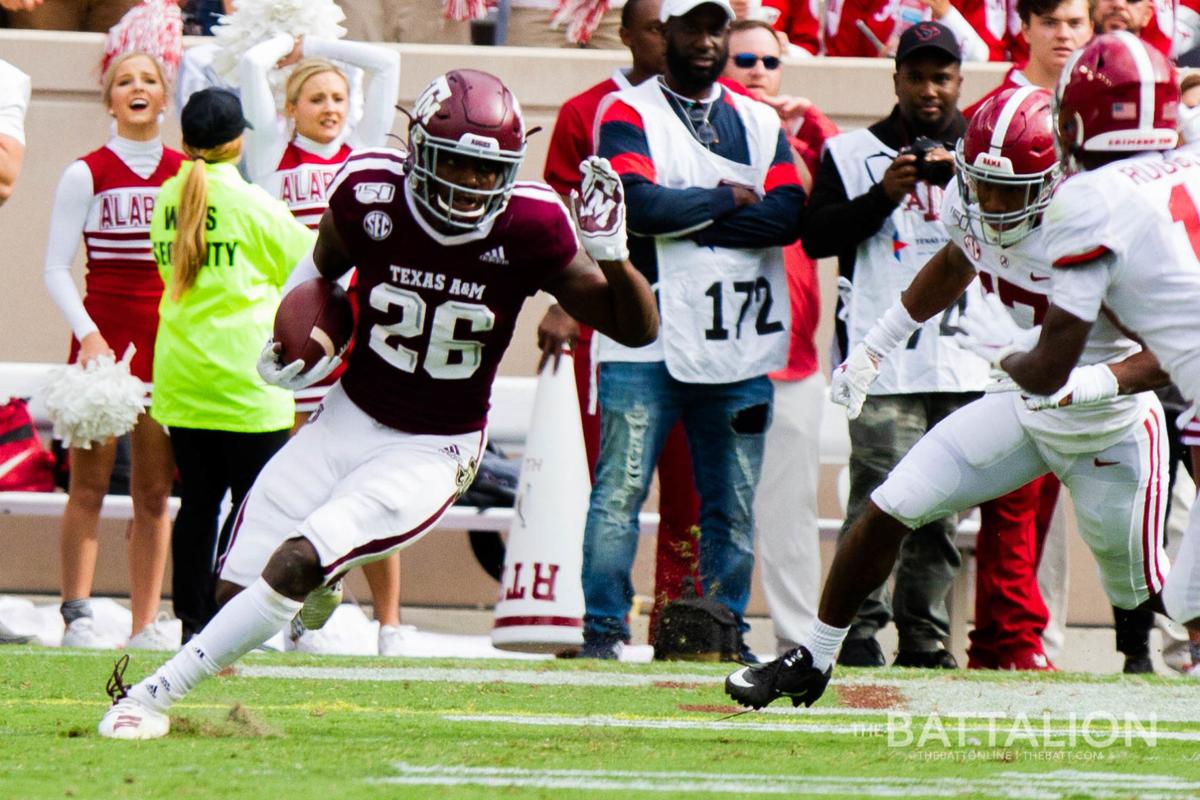 Freshman defensive back Demani Richardson had a 16 yard interception return against Alabama.

Freshman Jalen Wydermyer had four receptions for 52 yards against UTSA.

Freshman defensive back Demani Richardson had a 16 yard interception return against Alabama.

Tight end Jalen Wydermyer, right guard Kenyon Green, running back Isaiah Spiller and defensive back Demani Richardson earned spots on the SEC All-Freshman Team on Thursday in a vote of the league’s coaches.

In his collegiate debut, Wydermyer recorded six touchdowns to lead all freshman tight ends in the nation, also tying for third among SEC tight ends with 31 receptions. Of those receptions, 23 gave the Aggies either a first down or a touchdown. His 2019 performance also earned him a spot on the Associated Press All-SEC Second Team.

Green started in all 12 games in his first season with the Aggies, helping the offense to 4,785 totals yards, 22 rushing touchdowns and an average of 30 points per game.

Spiller’s 269 yards and nine touchdowns this season are the most by a freshman running back in the SEC. His touchdown total is also the most by a power-5 freshman running back in the nation. Against UTSA, Spiller had a season-high 217 yards, which made him the second true freshman in program history to record over 200 yards in a single game. He also had three touchdowns in that game to tie the single-game freshman touchdown record.

Richardson had 63 tackles this season, which was the most among defensive backs and ranked third on the team. He also recorded a forced fumble and an interception for the Aggies.