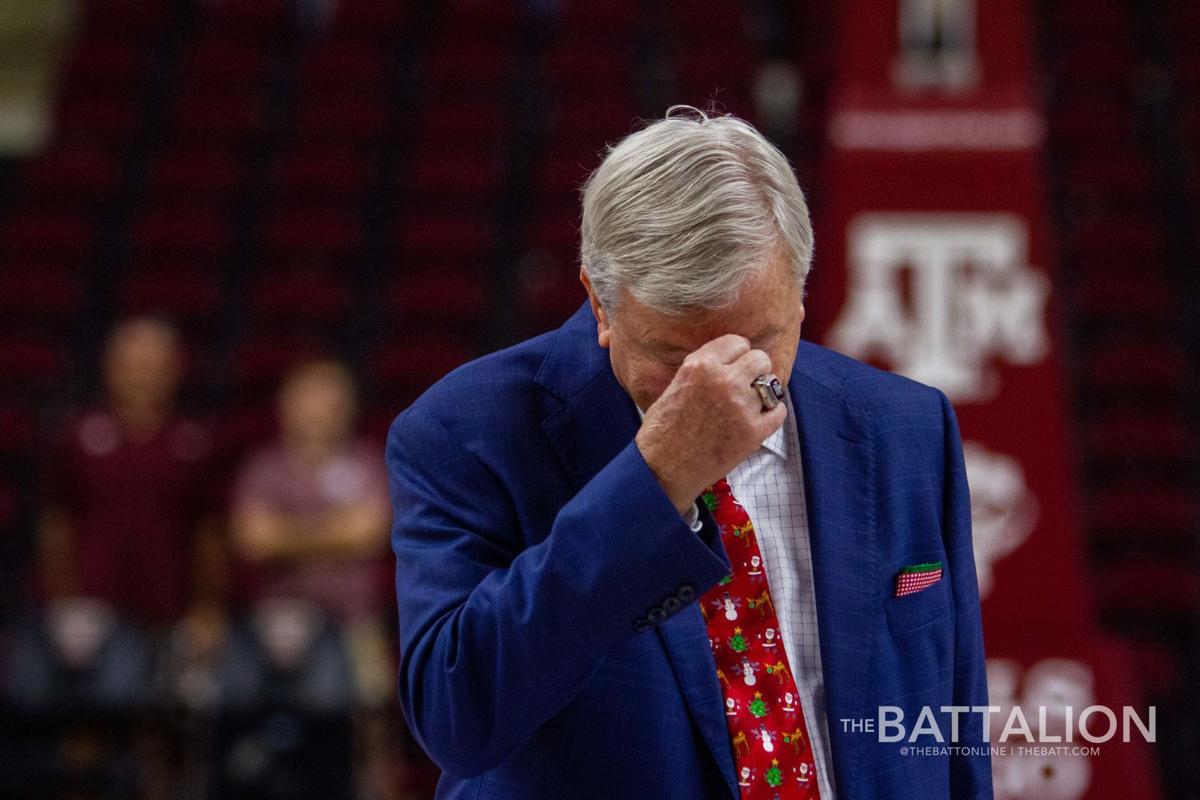 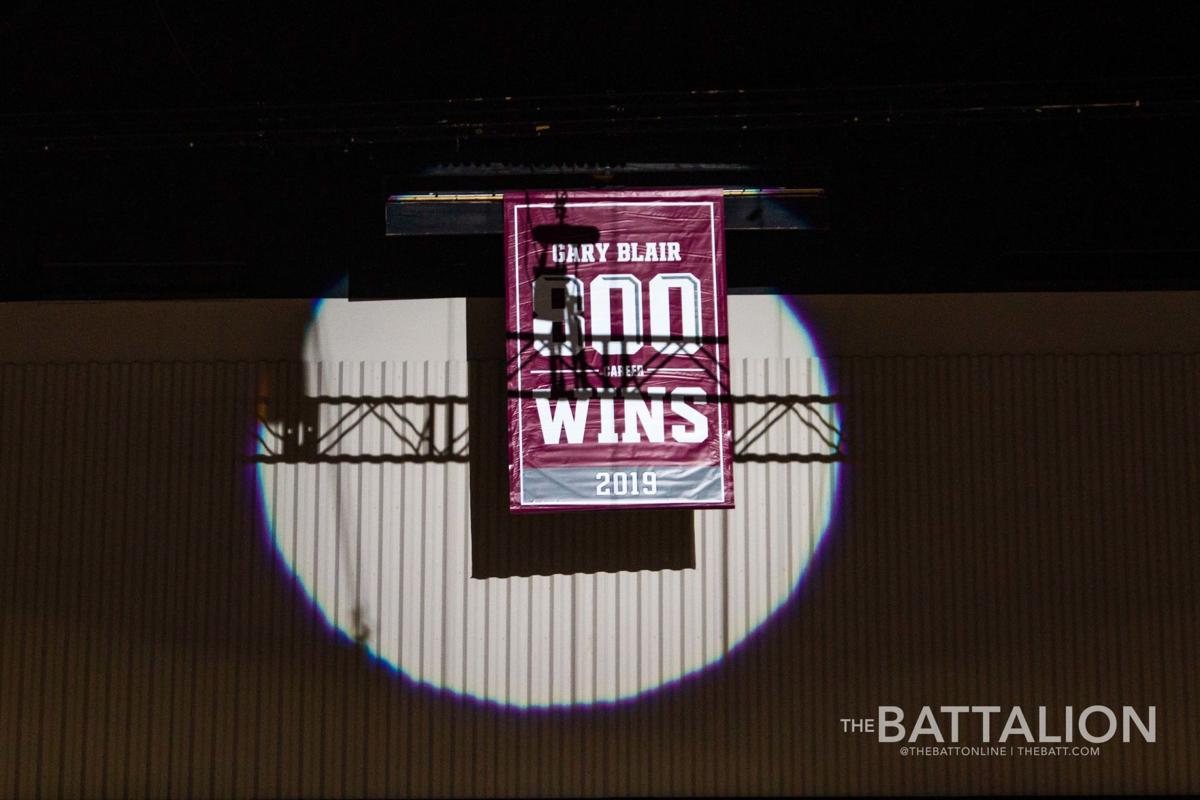 A banner now hangs in Reed Arena to commemorate Gary Blair's 800 wins as a head coach.

A banner now hangs in Reed Arena to commemorate Gary Blair's 800 wins as a head coach.

Texas A&M women’s basketball coach Gary Blair notched the 800th win of his career on Sunday as the Aggies routed the University of Houston 72-43.

Blair said the milestone is the amalgamation of his 35-year coaching career.

Despite the honor, Blair said it does not come close to being one of the top moments of his career. Instead, he said the highlights are the athletes he’s helped coach, including Aja Ellison, Ciera Johnson and Jasmine Williams, who all graduated on Saturday.

“Eight hundred doesn’t mean as much as the championships or all the graduations,” Blair said. “Yesterday I had three kids walk. That’s a number, the 800. It’s just over a period of time.”

Johnson said Blair’s 800th win is a reminder to the team of how special he is.

“He’s a really outstanding coach,” Johnson said. “Sometimes we don’t appreciate him as much as we should, but he’s really the best of the best and I’m glad I’ve been able to play for him.”

Senior guard Shambria Washington said while the team was focused on preparing for the game and not the win, it is an important milestone in Blair’s career that will be special to reflect on.

“I don’t think we’ve realized how special it is right now, but later in life we’ll probably look back on it,” Washington said.

Johnson’s eight points in the second quarter helped the Aggies outscore Houston 23-12 to lead 44-26 at halftime.

By halftime, Johnson had 12 points, just behind junior guard Chennedy Carter’s 16. The duo finished with 16 and 23 points respectively.

Blair said the game, and especially the first half, was the best the team has played thus far this season.

“We played 32 to 34 minutes of good basketball,” Blair said. “Sometimes it’s hard at the end of the game; the other team is trying to do the best they can to finish. But my team is continuing to grow.”

The Aggies held Houston to a 28.1 shooting percentage on Sunday, while shooting 46.2. Johnson added 16 points and 10 rebounds for the Aggies.

Despite the close early start, both teams struggled in the third quarter. The Cougars held A&M to only 11 points and a shooting percentage of 22.2, while Houston managed seven.

Despite the monumental win, Blair said his focus is already on the Aggies’ next games. A&M will face Georgia Tech and Montana State in the Puerto Rico Coqui Classic on Friday and Saturday.

“Eight hundred is just a way to say thank you back to the five schools that put me where I am today; it’s been a pretty special ride,” Blair said. “The banner was a great tribute and I appreciate that. But it’s now time to get 801.”