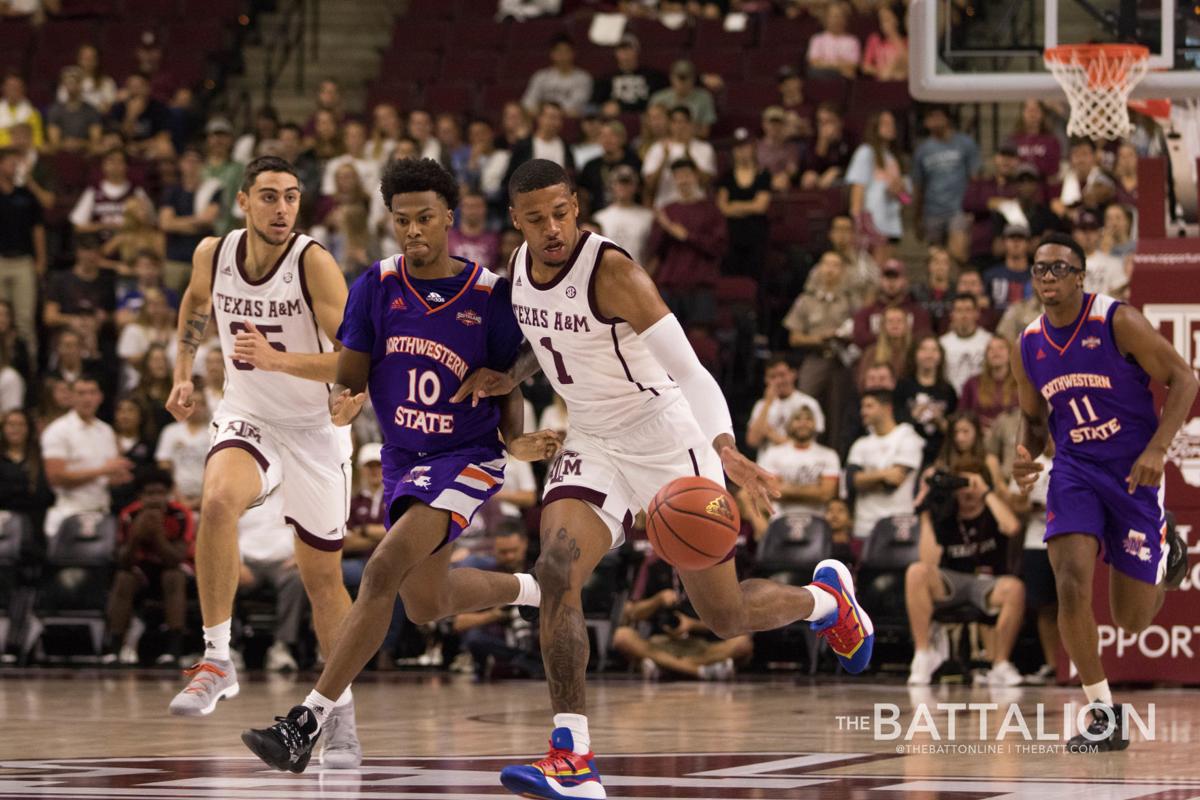 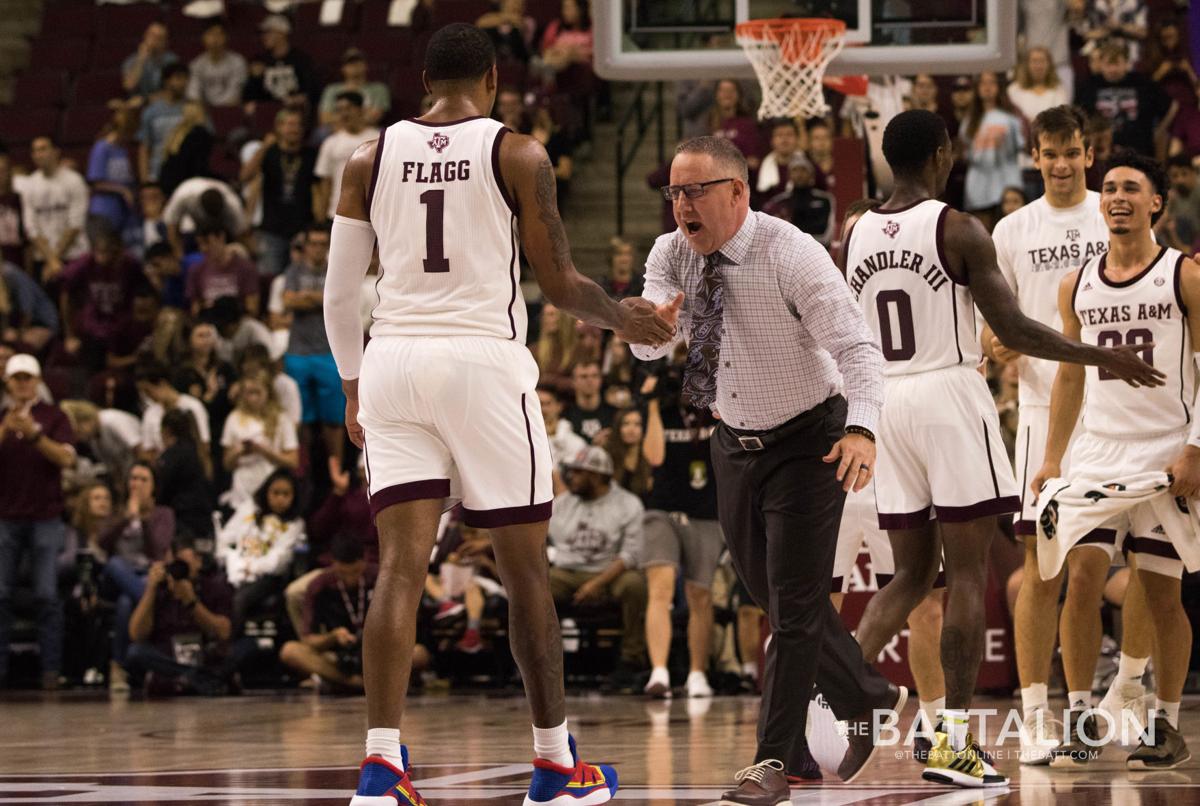 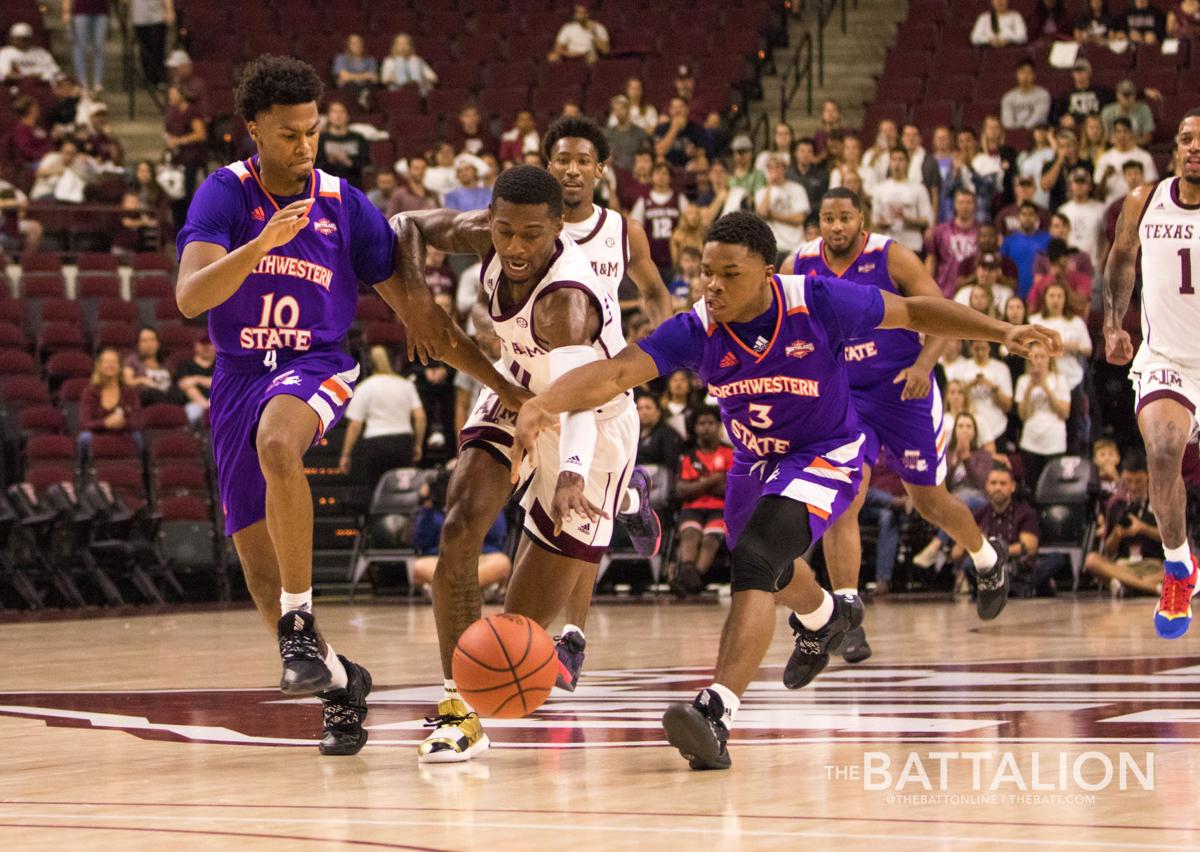 After struggling early on, Texas A&M held on to defeat Northwestern State 77-63 in the Aggies’ season debut.

A&M came out to a slow start, allowing Northwestern State to jump to a 7-3 lead. The Aggies did not take a consistent lead until the 10:54 mark of the first half but pulled away from the Demons with a 20-4 point run. This scoring run gave A&M the cushion the team needed to maintain the lead throughout the rest of the game.

Despite the number of young players on the team for the Aggies, a trio of juniors led the offensive production for A&M.

Savion Flagg, Quenton Jackson, and Jay Jay Chandler produced 22, 13 and 11 points, respectively. Flagg led the team in minutes as well, with 35, and shot 9-for-11 on field goal attempts.

Williams was impressed with Flagg’s talent, but said there is still room for improvement.

“Savion can pass, dribble, and shoot,” Williams said. “He can be more physical. We need him to rebound at a higher rate defensively.”

Flagg said he was impressed with the Aggies ability to make key plays out of timeouts and felt that it was indicative of their execution.

“This was one of the biggest games where we focused on special [situations] after timeouts,” Flagg said. “We really focused on those a lot more than I would say other teams do, so I would say that we’re very focused on executing.”

Chandler said his team is improving, but they will have plenty to improve on in practice.

“We’re headed in the right direction,” Chandler said. “We found out mistakes and fixed them. We’re going to go into practice tomorrow and continue to fix our mistakes.”

The Aggies faced a comeback by Northwestern State throughout the latter half of the second half, and Williams said his team needs improvement in terms of mental toughness.

“I think we just exhaled,” Williams said. “I don’t think our endurance emotionally is where it has to be in order to be a good team. We were excited we were ahead and emotionally kind of let off what we need to do right.”

The Aggies are set to take on Louisiana-Monroe in their second game of the season at Reed Arena on Monday, Nov. 11. Tipoff is set for 7 p.m., and the game will be broadcast on SEC Network+.

Newcomers will be big in role for Aggies all year