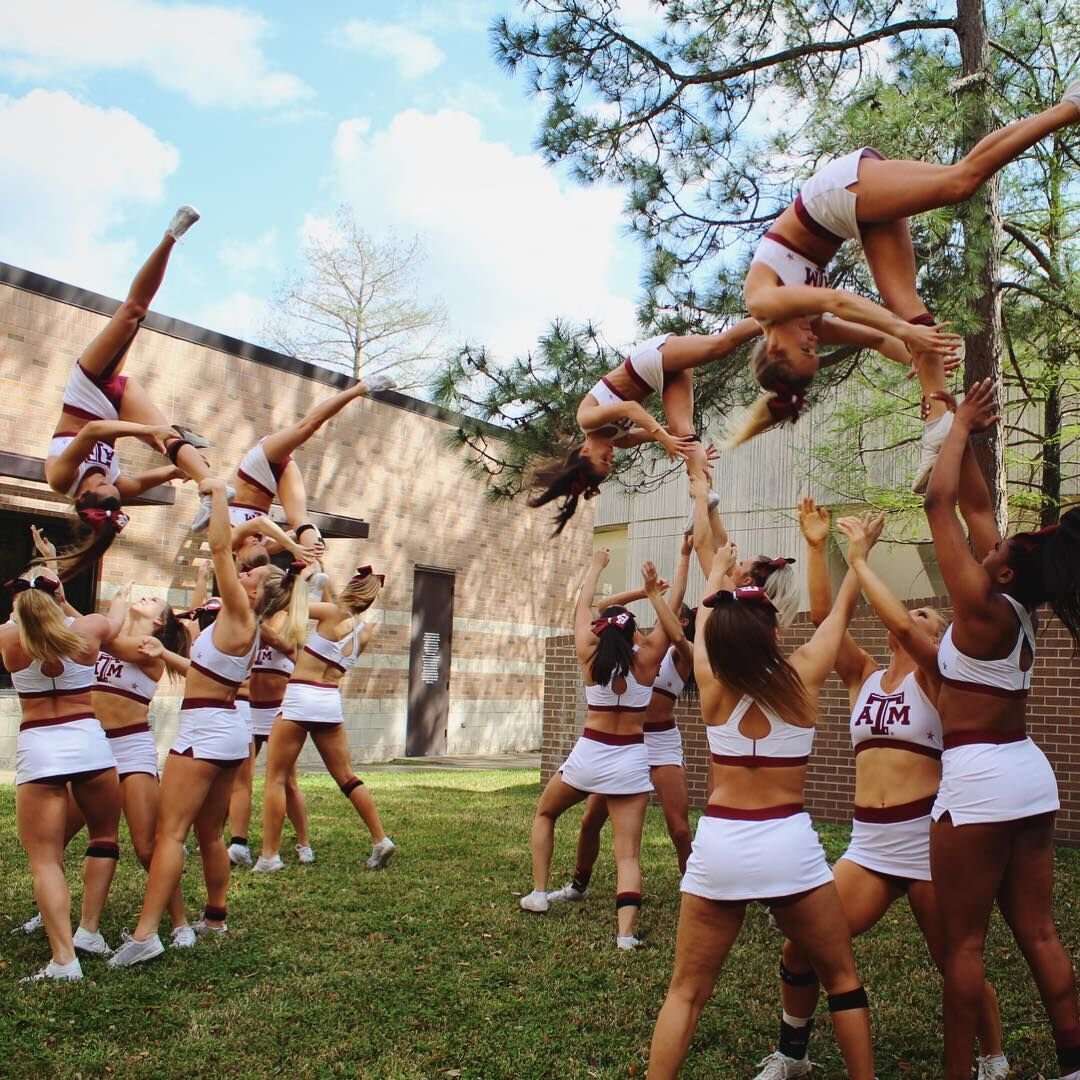 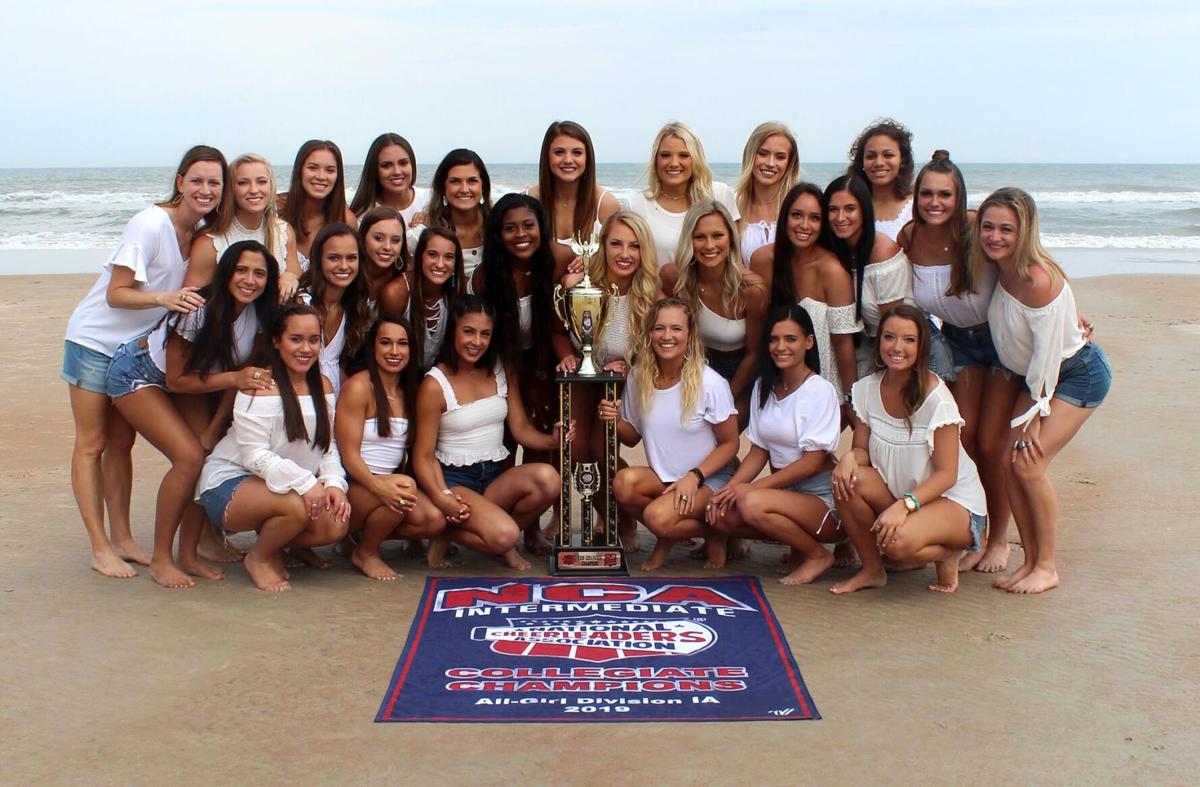 Although they do not cheer on the sidelines of Kyle Field or appear at other sporting events, Texas A&M does, in fact, have cheerleaders and they have made a name for themselves as back-to-back national champions.

The all-girl competitive cheerleading squad earned the title of National Cheerleading Association Champions in Daytona Beach, Florida, in 2018 and 2019. The team was stripped of the opportunity of earning a three-peat, as their season was cut short last spring due to the coronavirus.

As with other athletics teams and organizations, A&M’s cheer team is having to acclimate to a new normal in order to comply with the COVID-19 restrictions and regulations in place.

Jordin Bourg, a junior and third-year member of the team, has assumed the role of treasurer this year. She said despite the abnormal circumstances, the team is still holding tryouts planned for mid-September and is excited to acquire new members. The tryouts will be held in person as normal, but will be formatted differently.

“For the actual tryout process, we are not allowed to touch each other, which means we cannot stunt,” Bourg said. “We are requiring each candidate to highlight themselves through a video in which they are supposed to have certain stunts performed, the same skills we would’ve asked to see at open gym and in-person tryouts.”

Technology has proved to be an incredibly useful resource amid these unideal circumstances, but Bourg said virtual tryouts don't come without their challenges.

“I think something really unique about A&M’s cheer team is that we don’t just take girls based on their skill level. We truly care about their character and who they are as a person,” Bourg said. “It’s going to be a little harder for the judges to assess character and coachability and those things that A&M values so much when looking for potential new members this year.”

Once the 2020-2021 team has been finalized and announced, they will begin practicing right away. The team has already organized a plan as to what practices will look like and what adjustments will have to be made.

“Normally, we have a team of 25 girls and we all share the same mat, whereas this year we’re going to be split into groups of 10, and in those groups of 10, still maintain six feet of distance between one another,” Bourg said. “Fortunately, the room we practice in is huge, so we’ll be able to spread out appropriately. The groups of 10 are not allowed to intermingle so it’s going to be challenging and interesting, but we’re going to go ahead and move forward with practice.”

Although the competitive cheer season doesn’t ramp up until the spring semester, this fall the team will primarily spend their time conditioning and working on individual skills such as jumps and tumbling.

Along with social distancing measures, the team will be required to wear face coverings at all times and will be taking the members’ temperatures upon arrival to the practice facility. As a club team, they are subject to rules set by the university and are supervised by Rec Sports.

“In case something does happen and someone gets exposed to the virus, we’ll have note of those groups of 10 so we can notify people accordingly and do our part in trying to stop the spread as much as possible,” Bourg said.

Due to limitations because of the coronavirus, Bourg said the team has suffered an abundance of lost opportunities. However, she considers this semester to be an opportunity to gain a new perspective. As a veteran member of the team, Bourg said it’s easy for the members to get too caught up in focusing on the final competition.

“We have no idea what’s going to happen in the upcoming months so the fact that we’re still trying out and want to be here should bring back a lot of the love and passion for the sport that for a lot of us have probably been missing for a while now,” Bourg said.

One of the aspects that sets the A&M cheer team apart from others is that since it’s a club team, the members don’t choose to attend A&M for the sole purpose of cheering.

“That’s what is so crazy,” Bourg said. “The fact that we’re still making our bodies do the things we do at this age is simply because we love it and that’s so great.”

Bourg said one thing the team talks a lot about at practice is finding their “why.”

“Like why are you here? Why are you doing this? Whether it be cheer or life, what’s your why?” Bourg said. “I think this season is going to be really promising and helpful for the team to find out what our why is.”