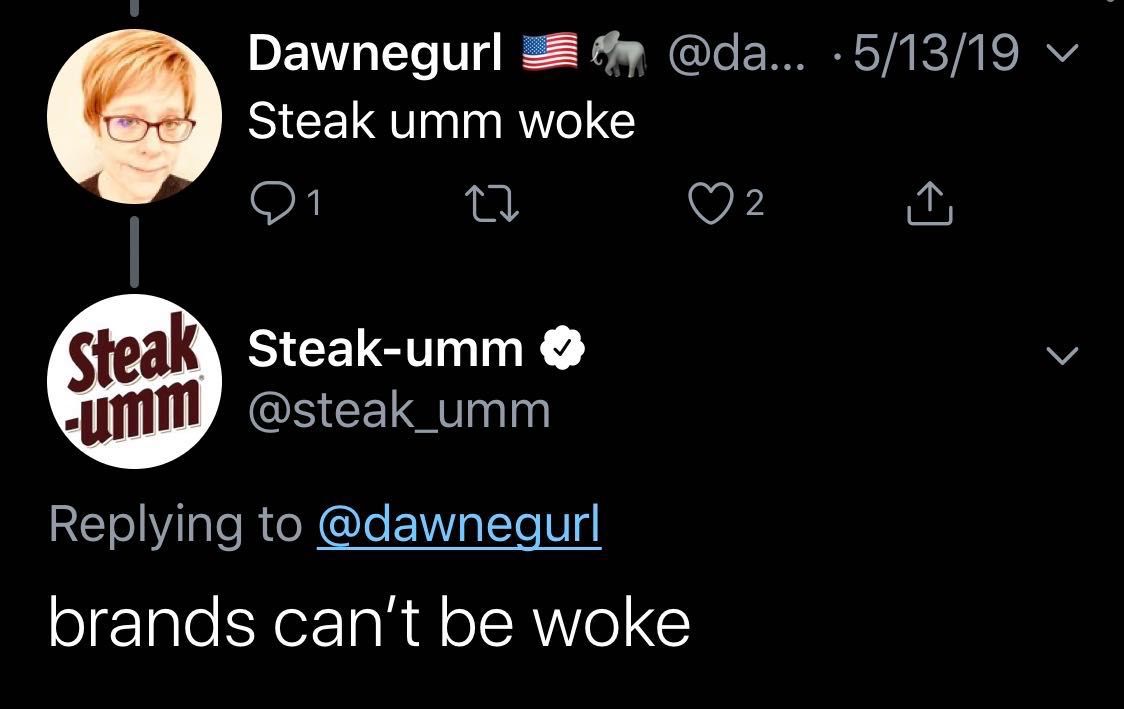 If you have ever seen a television ad from the 1950s, you’ve likely experienced the dysphoria that comes with being told directly that “x product is good” and “you should buy it.” Advertising has evolved over the decades from these once extremely pointed commercials and continuously adjust to new trends in pop culture. It comes as no surprise then that in 2019 we are virtually flooded with a slew of meme content and sassy clapbacks made by fast-food companies on Twitter. This progression is driven by cycles of novelty turned to staleness when the ubiquity of such strategies becomes so widely recognized that its effectiveness wears off. After all, no one likes to be sold something consciously. I don’t know a single person that cherishes those 5 seconds of interruption you have to sit through for a youtube ad. Therefore, it makes the most sense for a business to be subtle in their tactics. It may even mean not appearing to be a business at all.

In recent years, the growing presence of brands on social media has meant that the way we interact with advertising is more personal than ever before. Social media has the duality of being both a medium for communication and a tool for constructing self-image. Unlike the age of television in which brands could only do so much with the former, the latter has allowed them a broader scope of influence. Instead of appearing as a massive conglomeration of employees and CEOs, a corporate entity can look and behave as a relatable, depressive, and quirky individual separate from their handle.

When Sunny-D is nonchalantly posting about existential dread, it’s a mood. When Wendy’s claps back at a rival company, it’s tea. All of this serves to humanize these accounts and ultimately, we can resonate with the personalities behind them as we would with a friend. Most people are generally aware that these companies are participating in some form of persuasion here, but it’s so much easier to ignore that when the content they push out is genuinely funny or shocking.

However, some of us have higher standards. Some of us view ourselves as immune to this sort of pandering and see it as a cheesy attempt to appeal to the masses. We stick our noses up and say “Nay. I shan’t fall victim to such plebeian occupations. For I, an intellectual of sorts, am impenetrable by the iron battering ram of corporate mind-games.” Enter: Steak-umm.

Steak-umm, though previously a largely irrelevant frozen meat brand, is now known for making  staunchly anti-capitalist hot takes on their official Twitter account. They began gaining popularity for their self-aware style of tweeting. that was both critical of the relatable brand trend and self-effacing towards their very own corporate standing. The immediate reaction was a sort of bemused fascination with the fact that some person was hired to manage the image of this company and instead they were using it to schmear them and others. I even remember retweeting their  “Brands can’t be woke” tweet. It expressed exactly how I felt in a way that seemed too ironically detached to be a real ad for a real brand. But as it turns out, Steak-umm is very real, and the person behind the account is not getting fired anytime soon.

What Steak-umm has done to create their cult following is appeal to a disillusioned consumer pool of mostly millennials who are critical of late capitalism’s absurd conditions. Steak-umm has spoken out about everything from working-class plight to unjust power structures. On the surface, this can appear as a revolutionary form of praxis and a great way to push more progressive, “woke” narratives out to the general public. However, if self-critical, meta advertising becomes the norm, the conversation is then dominated by the very same capital that real people seek to dismantle. It becomes harder to criticize corporations who build their entire image on the self-awareness of these very same criticisms. They can easily feign innocence and even create a commodity out of their progressive content, as the goal of any brand twitter is to accumulate social capital in the form of our time and attention.

The less conscious we become of this phenomenon, the more we allow capital to take up real estate in our minds, and subsequently, the prevailing modes of thought strengthen and persist without question. All of these statements may sound a bit melodramatic, and maybe it is a bit conclusive about the direction that marketing is moving, but I ultimately think it serves us well to be suspicious of the world around us and of how capital encroaches further and further on new aspects of the human experience. And “that’s the tea, sis”.