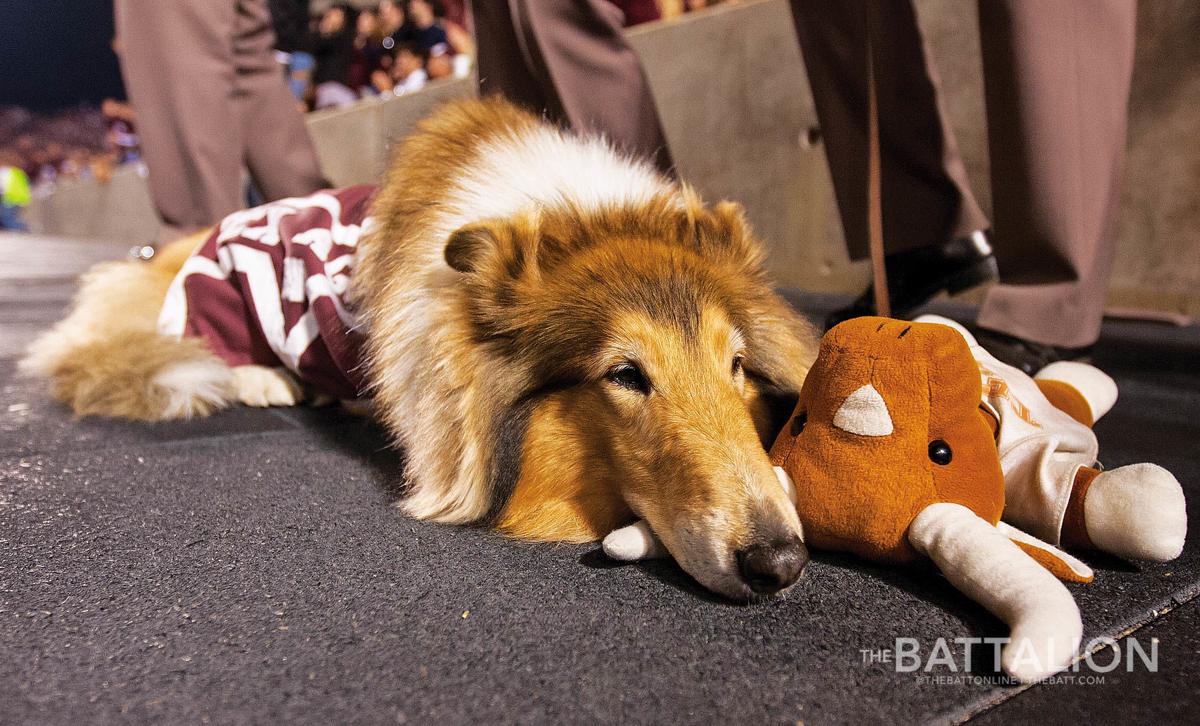 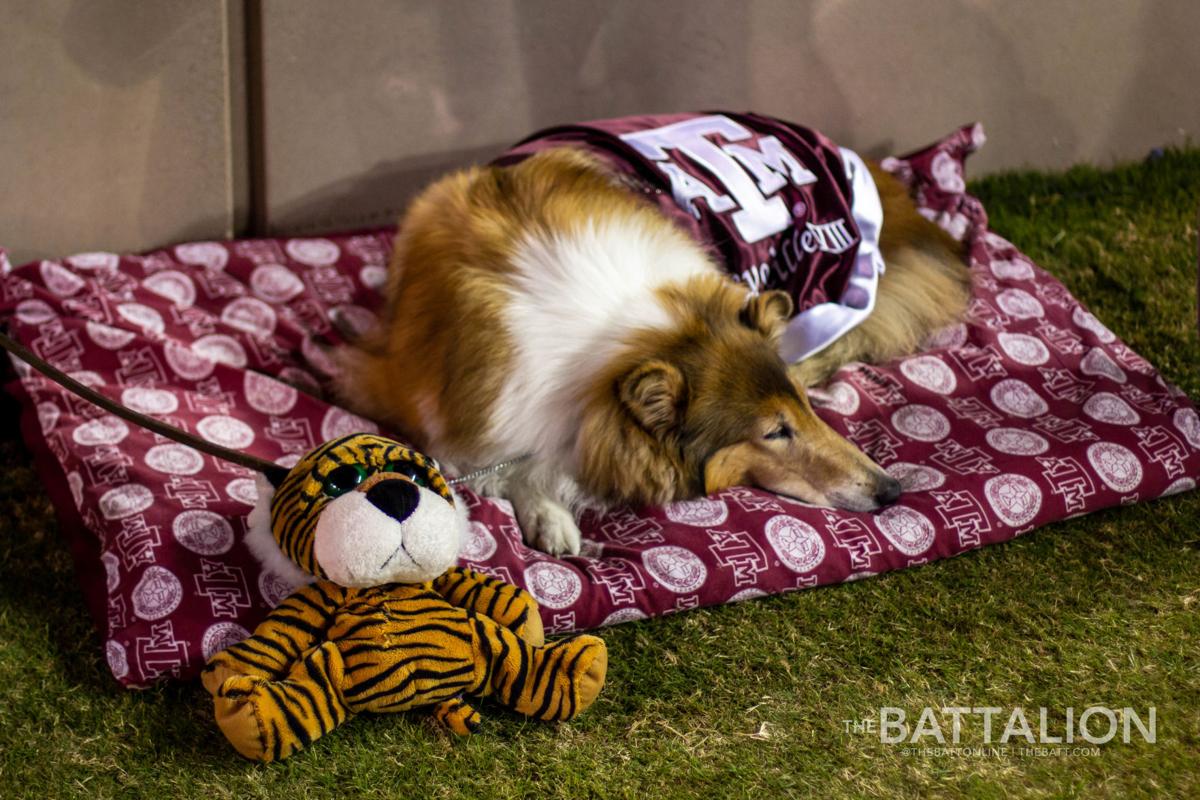 “The enemy of my enemy is my friend.”

This principle, which was initially propagated by the ancient Indian philosopher Kautilya, has influenced battles, wars and rivalries for thousands of years, and this weekend it will shape who we Aggies choose to root for in one of this season’s most-anticipated college football games.

On Saturday night, 6th-ranked LSU will travel down to Austin to take on the 10th-ranked t.u. tea-sips. After we watch our Aggies beat the hell out of Clemson, those of us who are not making the journey to South Carolina will not even have to change the channel to watch two of our oldest rivals square off. The eyes of the country will be glued to this game as it will almost certainly play a significant role in determining who will make the College Football Playoff at the end of the season.

We Aggies, however, find ourselves in a unique position: do we root for SEC dominance and hope for an LSU win despite our recently-revived rivalry, or do we succumb to the claims that “we’re not rivals with t.u. anymore” and cheer on the sips as they battle our new Thanksgiving opponent?

Though it might seem trivial to decide who fans of one school ought to cheer for in a game between two other schools, it highlights the peculiarity of the situation in which we, as a university, find ourselves. Our 41-7 victory this past weekend over Texas State ushered us into the 8th season of this new era of Aggie Football, and we are confident heading into one of the toughest schedules ever played by a college football team. Aggie fans are even expectant that Coach Jimbo Fisher will fulfill his version of manifest destiny by leading the team to the College Football Playoff — if not a national championship — within the next few years.

Despite our Fightin’ Texas Aggie Football team’s progress and the ensuing expectations of success, the Aggies have turned their back on their Big 12 days in all areas but one: we find ourselves trying to have our cake and eat it too regarding our relationship with texas university.

We say “LSU is our rival now,” but the message boards seem to be especially excited every time a recruit picks Aggieland over Austin.

We claim that they are irrelevant to us, yet every assertion on ESPN that “Texas is back” leads to weeks worth of content on Aggie Memes for Redass Teens.

We argue that we left t.u. in the dust in our pursuit of greener pastures, but we sing about sawing varsity’s horns off several times every time we play a home football game.

Last spring, our student body was asked if we ought to reestablish the annual football game against the tea- sips. Even though 88.7 percent of the 15,060 students who voted said yes, our administrators continue to refuse to schedule the game. They claim that it is too difficult to work an annual game against a non-conference opponent into our schedule, yet somehow other SEC schools such as Georgia, Florida and South Carolina have managed to make it work.

By no means do I presume to be more of an expert in these areas than the men and women who lead our university, but I do ask that we be honest with ourselves when we discuss this issue. Our rivalry with t.u. is one of the oldest and most storied traditions on this campus, and I firmly believe that a competition such as this can push us to be the very best we can be — but today we are at a crossroads. We cannot continue to have our rivalry and leave it behind too.

So, Ags, as you watch the LSU vs. t.u. game this weekend, ask yourselves this: is the enemy of our new Thanksgiving enemy our friend? Or, do you want to see the ever-living, ever-loving, compound, complex hell beaten out of t.u.? Has LSU indeed replaced t.u. as our rival, or is it possible the people at the top — and those who are lining their pocketbooks — are scared to even compete against what might very well be a somewhat decent football team. Aggies are supposed to be “fearless on every front,” aren’t we?

After the referee blows the final whistle, take a minute or two to reflect on your feelings toward the outcome. No matter which side you find yourself on, I ask that you come back to campus on Monday morning with a renewed passion. Show our administrators that they must make a choice: they must either sit down at the bargaining table with those folks down in Austin and make a good faith effort to schedule the game, or begin seriously considering taking steps to unhitch us from our past entirely — steps including rewriting or even replacing the War Hymn. We, as a student body, stand at a critical moment in the history of our university; the choice we make will shape the future of tradition at Texas A&M, and we should not take it lightly.

So I was in B-Company in the Aggie Band and I want to see us play Texas again. The Fightin' Texas Aggies were 3-1 vs them from 89-92.

But I still think we should play them and as Ray Bowen offered in 2011, "Anywhere, Anytime" so rack it up and BTHOtu

No. No no no no no no no! Those arrogant, holier-than-thou socialists in Austin still, TO THIS DAY, continue to refer to A&M as "Little Brother" and "Aggy" even though A&M, as an institution, is older, larger, and more highly rated than our counterparts in LaLaLand-Austin. If our SEC brethren are scheduling 'sips as opponents, perhaps it is not because of their vaunted ranking, but because they are synonymous with a big payout for little effort. Texas is not "back"...they just have ESPIN as a marketing team. It matters not what USED to be...it matters what WILL be. Who will we be. Will we be forever looking back or moving forward? The divorce has been final for a looong time. Let's not start dating again.

Bring the game back. Let's beat them on the field and not the comment sections.

The fact that we are having this discussion still shocks me.

Most of my best A&M sports moments are against TU. They are our rivals, no matter how much we pretend otherwise, and we should be playing them every year.