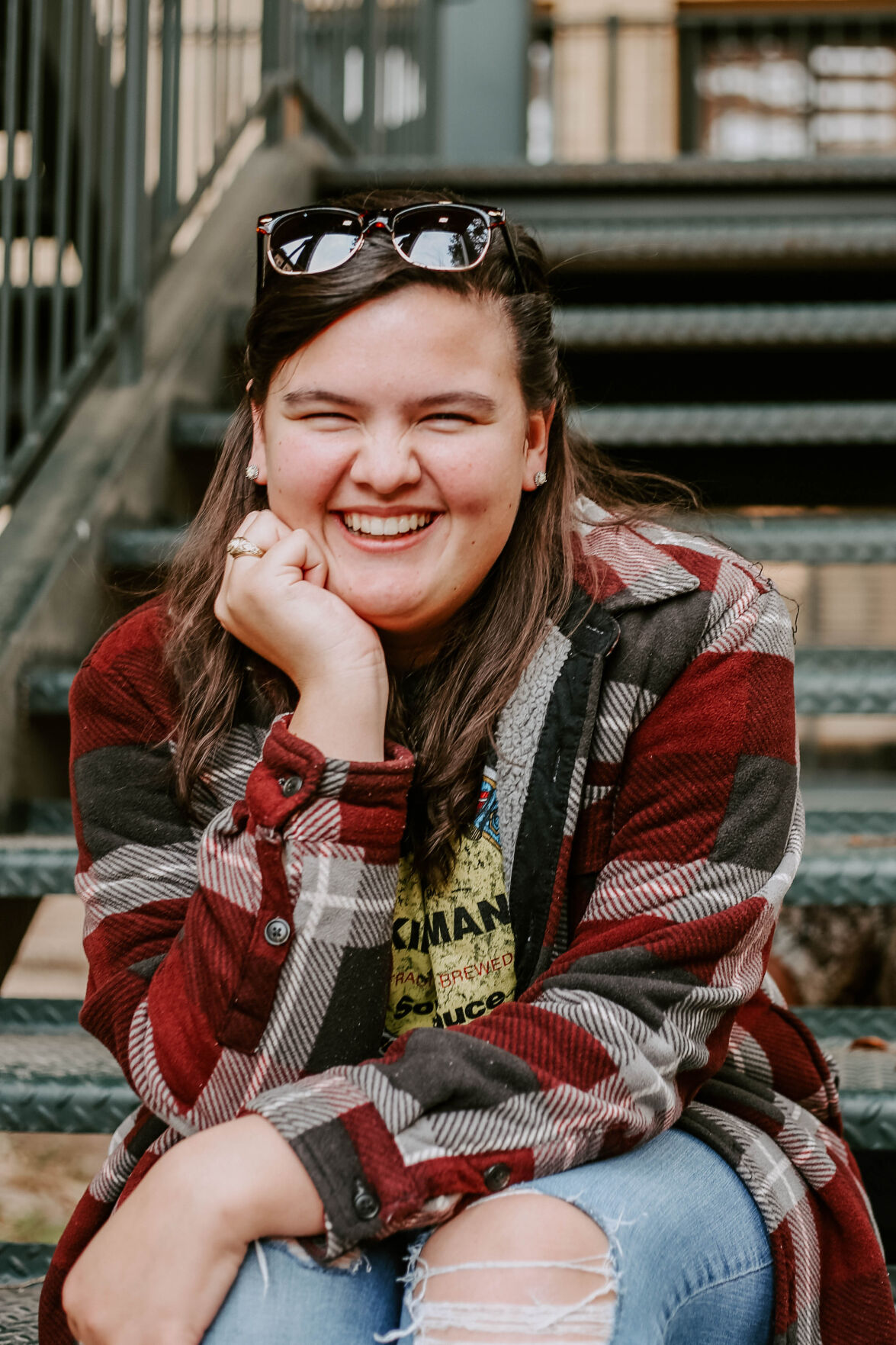 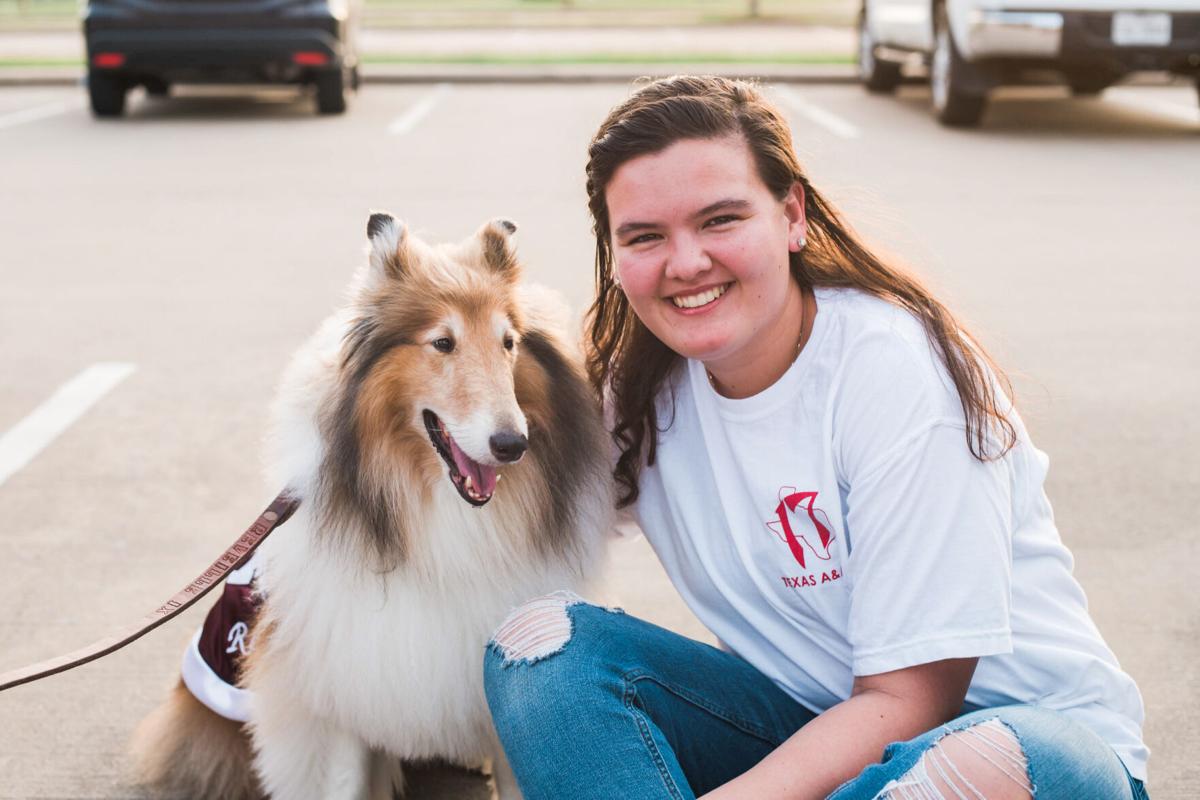 My time here in Aggieland has been anything but ordinary – starting as a 17-year-old fish in khaki, and finishing as a 25-year-old in a t-shirt and jeans. If you told me back then I wouldn’t graduate until I was 25, I’m not sure I would have stuck around.

Throughout the years, I faced the challenges of an epilepsy diagnosis, losing an Air Force contract, being forced out of the Corps and claiming the title of “college drop-out.” Many days were spent in bed crying about doors slammed in my face.

While all of this was going on I managed to stumble upon The Battalion, which is a miracle in itself as the newsroom is so hidden. The basement office, which we affectionately call “The Batt Cave,” became my second home these last three years.

Never in my wildest dreams did I imagine I would work for a newspaper, but I became a photographer and worked my way up to photo chief over time.

From football to baseball and cross country to golf, I managed to cover every sport on every A&M field, court, pool and course in Aggieland. In the past three years, there is a solid chance you have seen a photo of mine from an Aggie sporting event, including that touchdown photo from the 7OT LSU game – pretty sure Jimbo has a painting of it in one of his conference rooms somewhere.

The Battalion became my window to the world and expanded my way of thinking. I found myself photographing events such as Black Lives Matter protests, the funeral train site of President George H.W. Bush, Houston Pride and visiting politicians. I’ve won awards for photos along the way, but nothing beats covering Aggie traditions like Midnight Yell, Muster or Bonfire Remembrance.

It led me to a ragtag group of people that quickly became like family. And thank you doesn’t begin to touch on what I owe my newsroom family for taking me in. Mr. Pils, you are “the man behind the curtain” and we couldn’t make the magic happen without you.

To my mom and dad: Your support has been unwavering and your unconditional love is something I needed when I sometimes felt like a burden.

To my sister: You’ve been my best friend since forever and although we may fight sometimes, I truly don’t know what I would do without you. You might be younger than me but I was so happy to watch you graduate before me when I couldn’t get my shit together.

To my brothers: Thank you for letting me hug you even though you don’t want to. You’re my little brothers but y’all are big teddy bears.

To all of the family and friends that have supported me along the way: I love you. And thank you for helping me through all of this. I honestly cannot thank you enough. I wouldn’t be here today without every single one of you. If you took the time to read this, thank you.

The Battalion might be who I am today but there are a few people I should recognize from my other years in college. While I was just shy of my four years in the Corps, I wouldn’t be who I am today without it. And to Century Singers and all the choir kids, y’all mean the world to me and I didn’t know what it was like to have a big group of friends until I met y’all. To all of my professors and advisors, you are the true champions of this effort.

The Batt has changed me for the better and I can’t imagine my life without it. I leave the photo desk in very capable hands and I look forward to seeing their work.

As I say “So long, farewell,” to The Battalion, I do it with a hope that I’m leaving it better than I found it.

It was seven years in the making… damn that’s an expensive piece of paper.

Meredith Seaver is an environmental studies senior and Photo Chief for The Battalion.

Meredith Seaver is an environmental studies major with minors in meteorology and military studies and photo chief for The Battalion.

This reminds me of my experiences at TAMU and doors shutting in my face. I withstood them as well and have succeeded in my life after graduating with many shut doors. Expect them and do the best to put them behind you. In August of 1967 after eight semesters and four summer semesters I finally graduated. Faced with returning to my mom’s home in Dallas I needed some way to get me and all my stuff to Dallas. A neighbor sold me a 1953 Ford for $50 on my brand new Shell credit card. A buddy needed a ride to Dallas and we rented a trailer setting out from C.S. not knowing if we would make it. We did and the car lasted for four trips to A&M games then Houston and back to Dallas. It lost an axel about a week after I gave it to my brother so I missed that shut door. The best thing about graduating was that there was not one. At that time if you completed your degree at the end of the second summer semester they would offer you diploma at the next ceremony in the fall or they would mail it. I got mine in a mailing tube several weeks after I landed back in Dallas and it is currently on the wall in my home office along with my H.S. Diploma and a pic of me and General, E. Rudder’s dog at Kyle Field.

Good luck to you in the future.