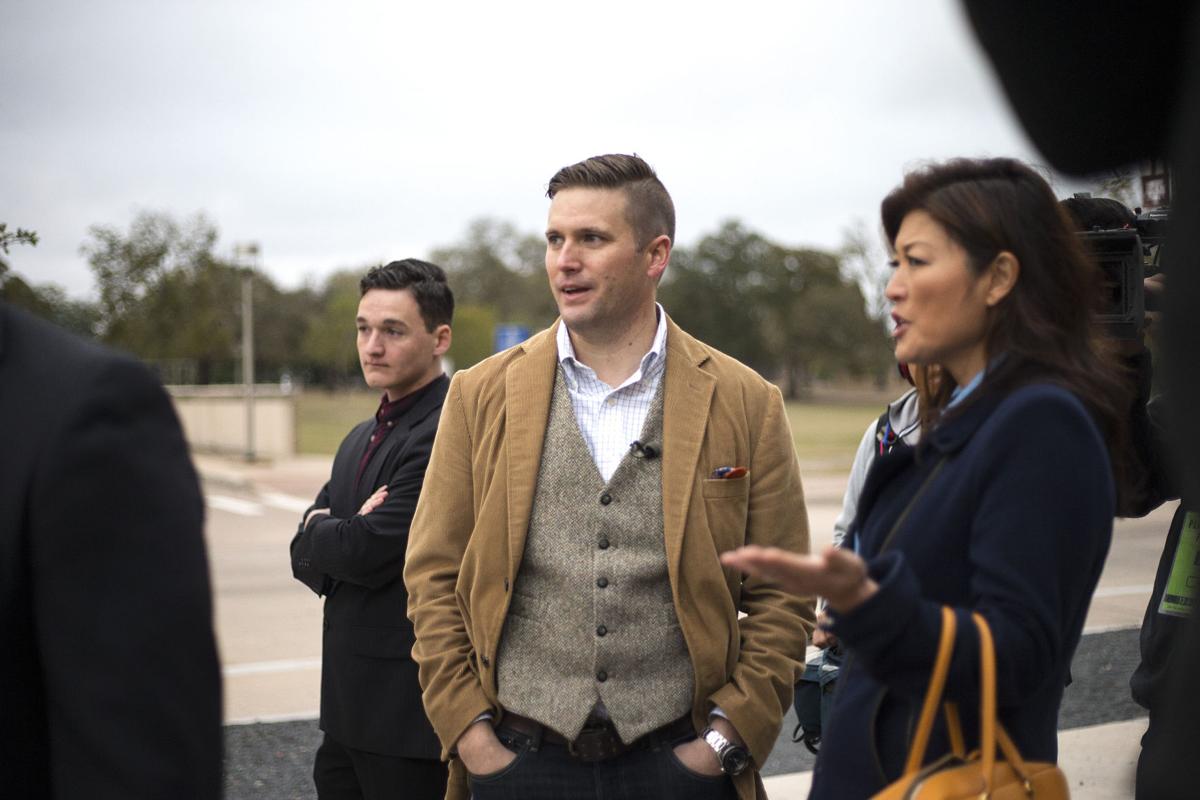 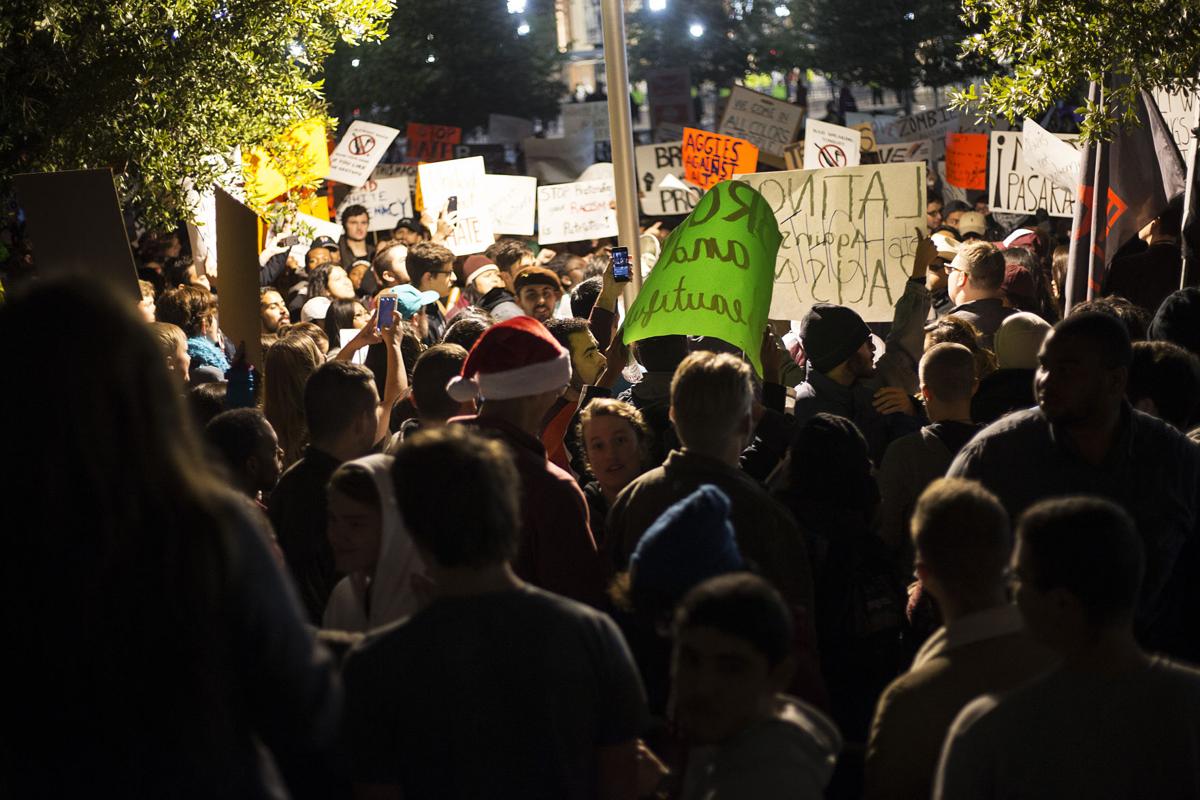 On December 7, 2016 protestors both in support and in opposition to the white nationalist marches on A&M's campus

On December 7, 2016 protestors both in support and in opposition to the white nationalist marches on A&M's campus

Alt-Right organizer Preston Wiginton announced he will hold a white lives matter protest on Texas A&M’s campus in front of Rudder fountain from 9 a.m. to 4 p.m on September 11, 2017.

Wiginton was also the organizer of Richard Spencer speaking at Texas A&M in December of last year. The event will will include speakers Sacco Vandal of "The Right Stuff" and Ken Reed of White Lives Matter, Houston.

On Aug. 13, Wiginton also announced Richard Spencer will return to Texas A&M's campus for the event.

"Just confirmed," Wiginton said in a press release. "Richard Spencer to attend and to speak at White Lives Matter event being held at Texas A&M."

Wiginton said he was prompted to put on this white lives matter protest following the Unite the Right event being held today in Charlottesville VA where white nationalist protestors and counter protesters became violent. Police removed all protestors from the park ending the event.

“The event will be to protest the liberal anti-white agenda which includes white guilt which leads to white genocide,” Wiginton said. “And the other purpose of the event will be to sponsor white identity and white pride in which white lives do matter. This is not an anti-brown event or anti-black event this is an anti-liberal event.”

When asked about instances of white genocide occurring, Wiginton said he would have to get back with more information at a later date and he is a promoter of these events not a speaker.

Amy Smith, executive vice president for marketing and communications of Texas A&M said the school in no way promotes or agrees with Wiginton's ideas or actions.

"His views and those of the group he represents are counter to the core values of Texas A&M," Smith said. "While he has the right of free speech, so too do we have the right to refute those views and get on with the daily business of a world class university."

Student Body President Bobby Brooks said in a written statement he will work with students this week to face the issue head on and will be responding with a more in-depth comment as he gains more information about the event.

"I will never know what it is like to be a student of color at Texas A&M University and in this world, but I acknowledge that this rally, offensively hosted on September 11th, signifies hatred," Brooks said. "As Aggies, we are better than people who attempt to derail our safety and our right to receive an education."

Brooks, who took office this past April, previously worked in the office of the MSC president as executive vice president of diversity.

"Their success is built off of how well they intimidate us, how well they control our lives and I simply will not let them detract from the fact that Texas A&M actively develops leaders of character," Brooks said. "I look forward to working with all students this upcoming week to discuss issues in-depth and to plan how to best keep our students safe and informed."

When asked about the specific date chosen to protest, Wiginton said it had nothing to do with the horrific attack on American soil by terrorists in 2001.

“Primarily because it is the second week after school starts and Monday is a busy day on campus,” Wiginton said. “It has nothing to do with 9/11, the twin tower situation. I find that the millennial generation doesn't even relate to 9/11 and it was the date that was open.”

Josh McCormack is an English senior.

Can he leave our Campus alone, he is an affront to the brave Aggies who fought against such an ideology during WWII. I also don't want a possible repeat of the tragedies that happened in Charlottesville Virginia.

Easy fix. Make a rule that the Aggie Band has the right to dually book the same area at the same time. Bring in the band and let them play every time they speak.

Glad to see they rescinded the invitation, as another commenter said, too many Aggies died exterminating the vermin 1941-1945