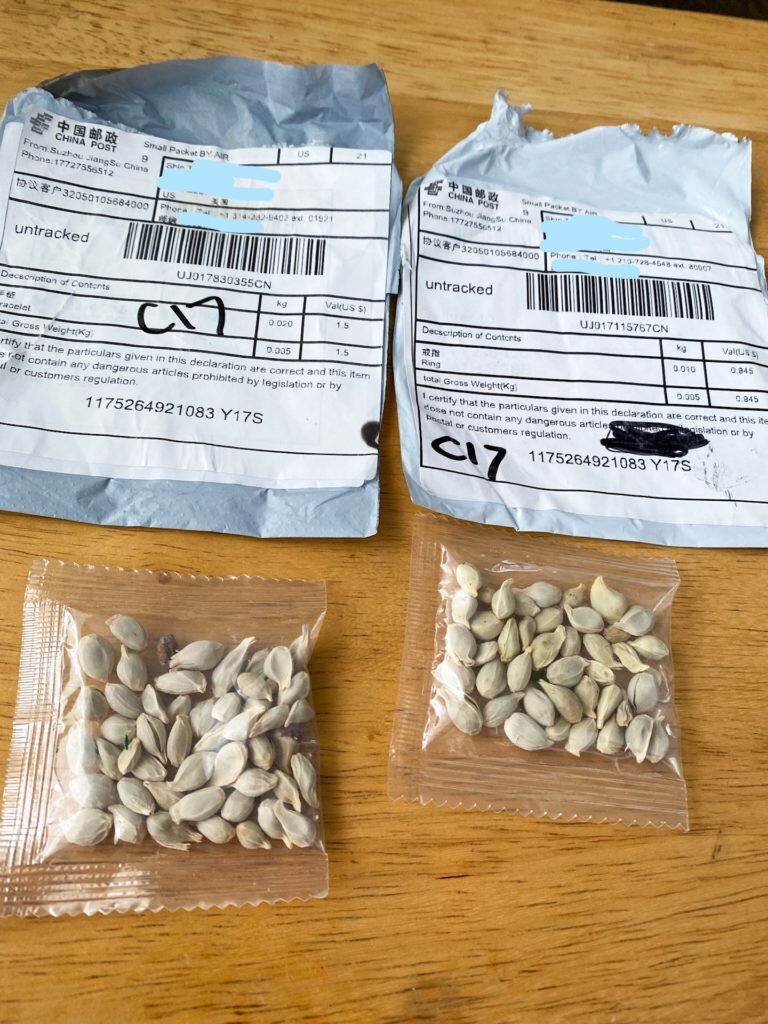 Officials from all 50 states are warning recipients of unsolicited packages of seeds to not open or plant the contents. 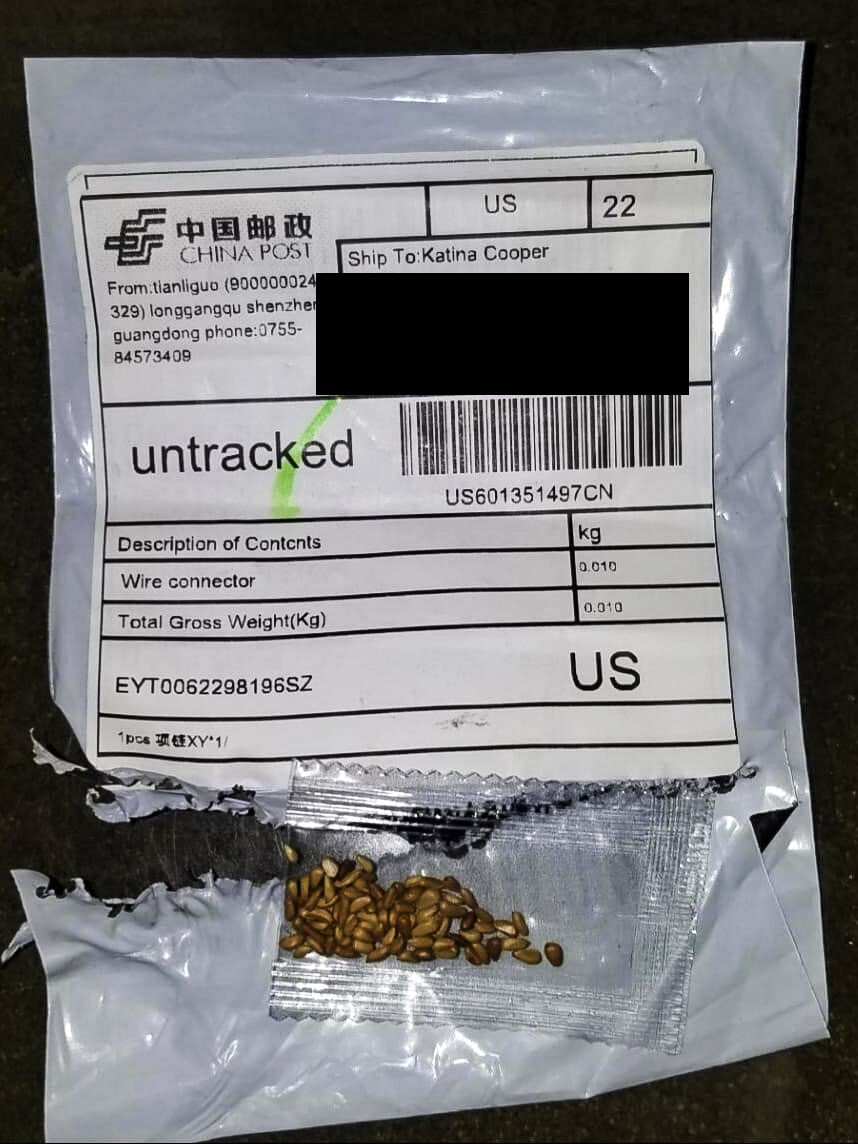 Katina Cooper is a Van Zandt County resident and was mailed this unsolicited package of seeds on July 29.

When Katina Cooper left her home to check the mail on July 29, she expected the usual — bills, coupons and maybe some advertisements. So when she opened her mailbox and found a package from China, she was surprised.

“We were not expecting any packages,” Cooper said. “I felt the package and it felt like there were beads or something inside and when we opened it, there were seeds inside.”

Cooper, a Van Zandt County resident, said the package was untracked and the contents of the package were described on the label as a “wire connector.”

Cooper’s husband used the app Google Lens, an image scanning and recognition program, to try and identify the seeds and was told they were the seeds of a bonsai tree.

Cooper and her husband soon contacted their local USDA office and were instructed to avoid opening the sealed packaging, put the packaged seeds in a Ziploc bag and then email the Texas Department of Agriculture (TDA).

“We are waiting on our instructions from the TDA about what to do with [the package],” Cooper said. “It’s so weird. How did these random people in China get my address? It’s creepy.”

According to the Texas Tribune, Cooper is one of at least 187 Texans who have been mailed the mystery seeds from China and all 50 states have now issued warnings.

TDA Commissioner Sid Miller told the Texas Tribune that several of the seeds sent to Texas have been identified as gardening seeds and some weeds, but the seeds could harm Texas agriculture if they are noxious weeds or other invasive species.

“An invasive species is an organism that is not native to a particular region,” a TDA press release reads. “The introduction of this ‘alien species’ can cause economic or environmental harm. In agriculture, an invasive species can destroy native crops, introduce disease to native plants and may be dangerous for livestock.”

According to the press release, Cooper followed the proper protocol, did not open or plant the contents and kept the seeds in their original sealed package.

If you receive any unsolicited seed packages in the mail, report them via email to SITC.Mail@aphis.usda.gov.