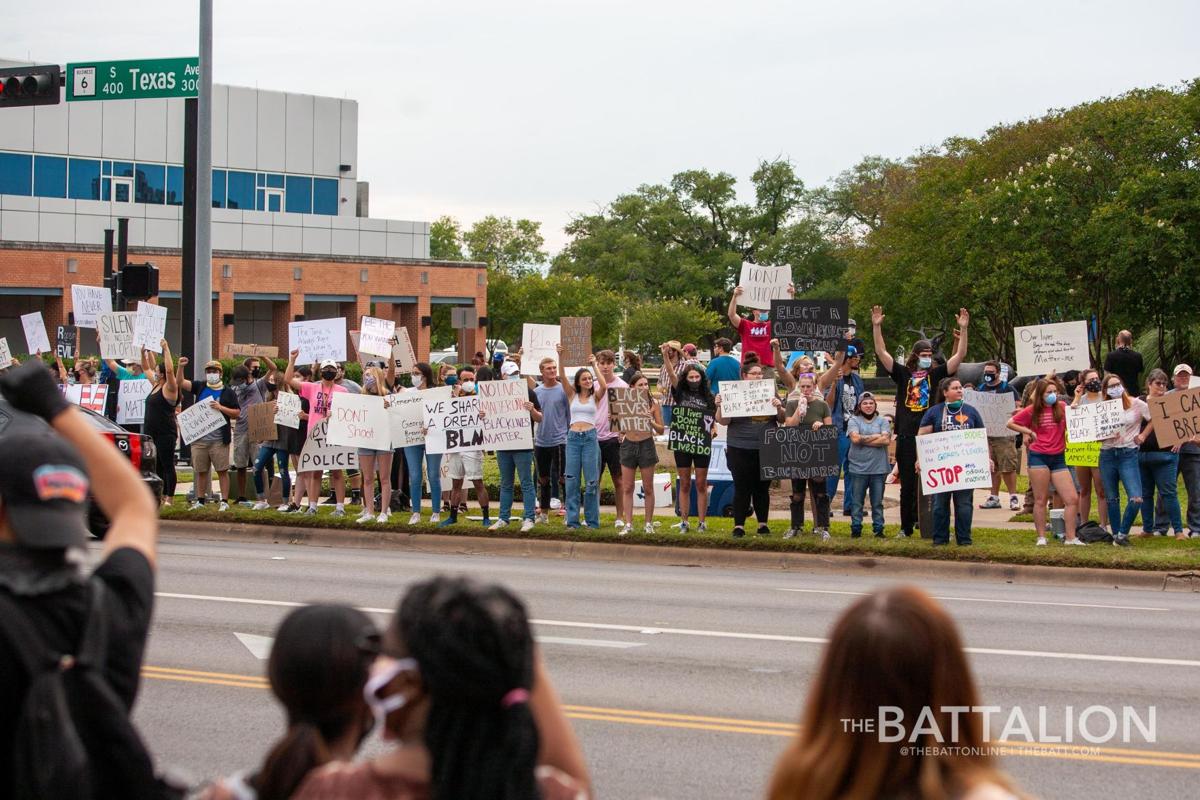 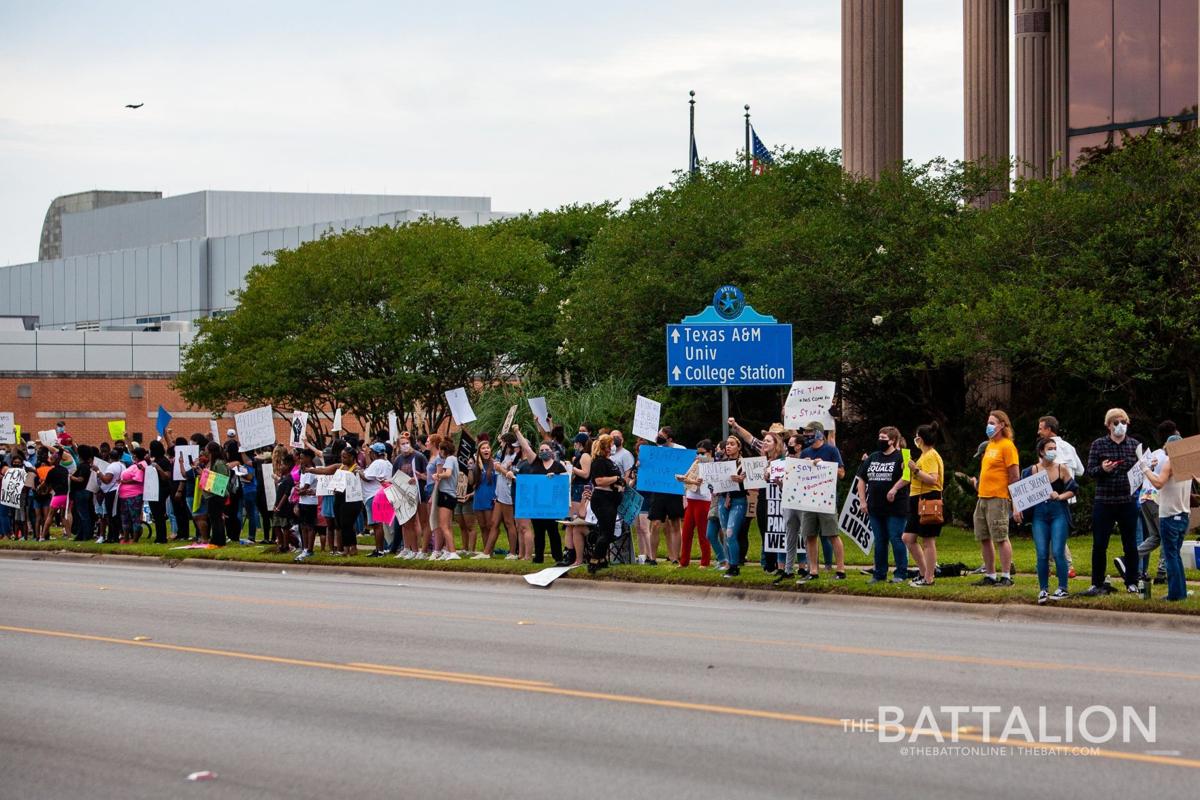 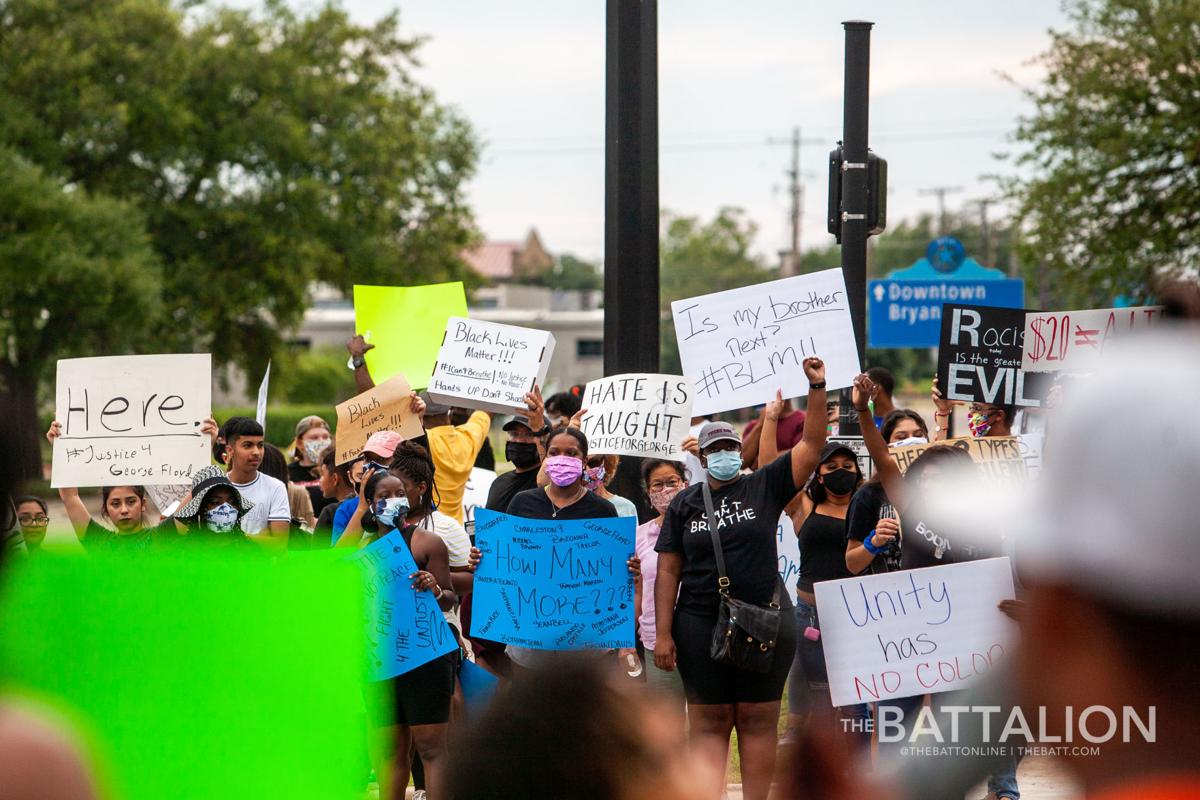 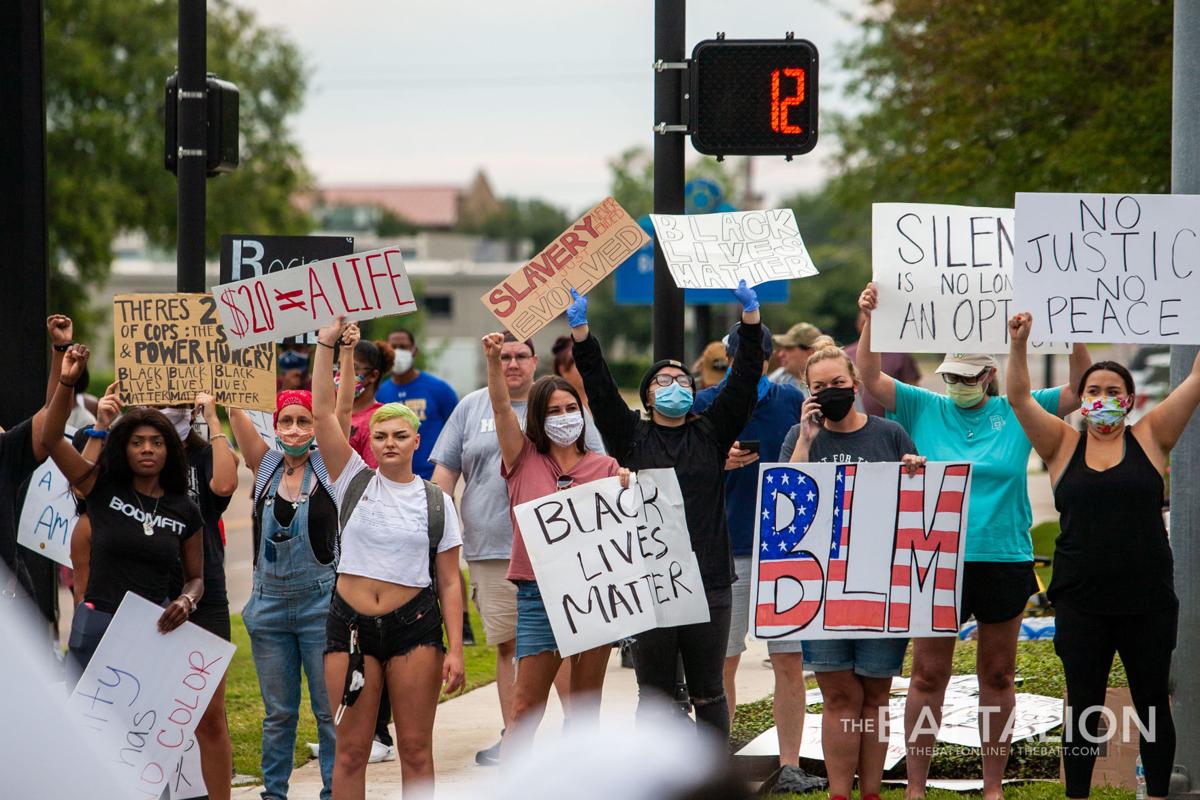 As protests continue across the nation, Bryan’s own protest has reached its third day, with attendance steadily increasing despite more violence in many cities.

An estimated 300 people lined the sidewalk of Texas Avenue from 26th Street to 28th Street in Bryan, Texas, on May 31 to peacefully protest racial injustice. Although protests in Bryan-College Station began two days prior, the May 31 protest marks the first organized by Black Lives Matter B/CS.

One attendee, interdisciplinary studies senior Jabreon Jackson, said she participated in both the Saturday and Sunday protests and witnessed unity in the community.

“After seeing everything that is happening in the current political climate, it’s a nice thing to see everyone getting together and fighting for a cause,” Jackson said. “My personal experience protesting in College Station has been great. Everyone has been very welcoming and loving with bringing us popsicles and water.

“They’ve been saying injustice anywhere is a threat to justice everywhere. Right is right and you have to stand up for what’s right no matter who you are.”

Janet Dudding, a candidate for the Texas House of Representatives in District 14, also attended Sunday’s protest in support of the Black community in Bryan-College Station

“We are more alike than we are different and I’m hoping that this time we can make some changes so that this never happens again,” Dudding said. “It’s such an emotional week but it’s the spirit of this community that has us out here peacefully. We’ve got to do something. We’ve got to fix this.”

Marie Nutall, Class of 1990, attended the protest with her husband and said she appreciates the diversity of the protesters she is seeing across the nation.

“I believe if you don’t stand for something you fall for anything,” Nutall said. “I come to stand with people who look like me and people who don’t look like me in unity and in peace just to say that we are in agreement that all of our lives matter equally.”

Despite the varying demographic of people that attended the protest, Nutall said there is a common goal among those present.

“We are all saying collectively that there is time for change,” Nutall said. “It’s just the little things we do, like coming out here and standing together, that serve notice to our community that we are going to stand together.”