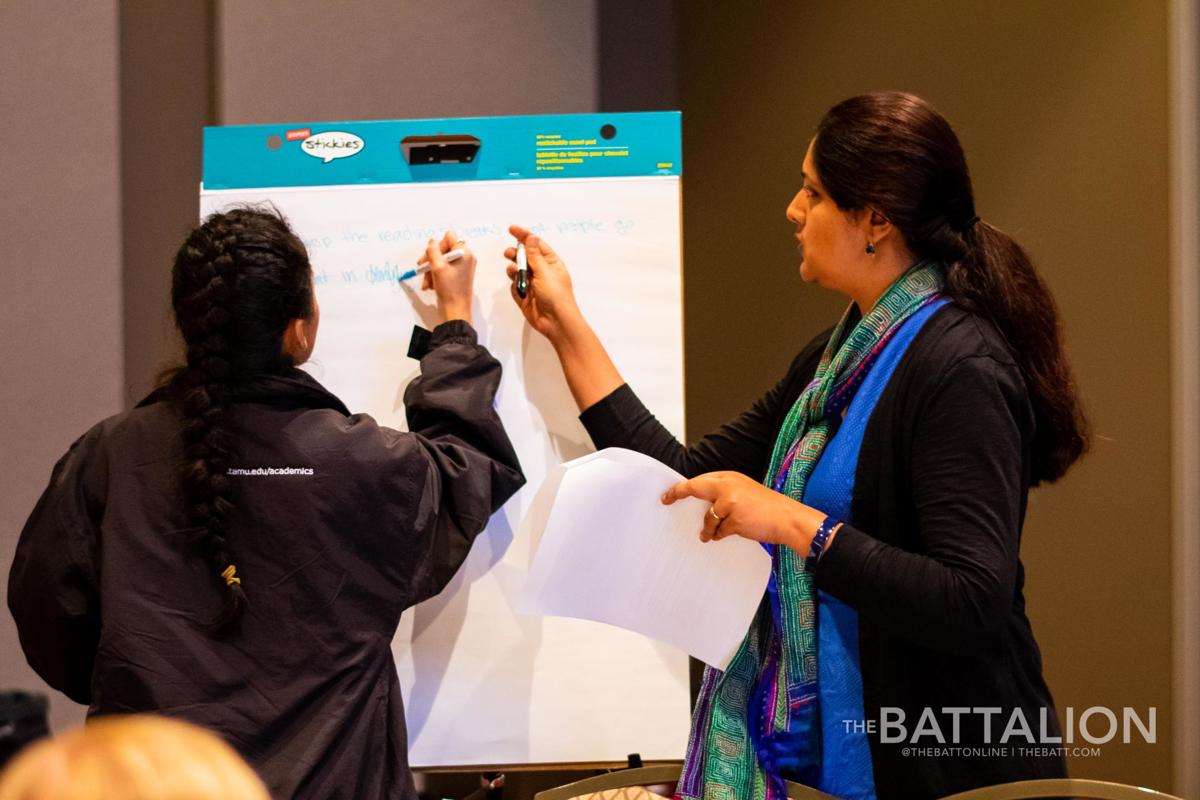 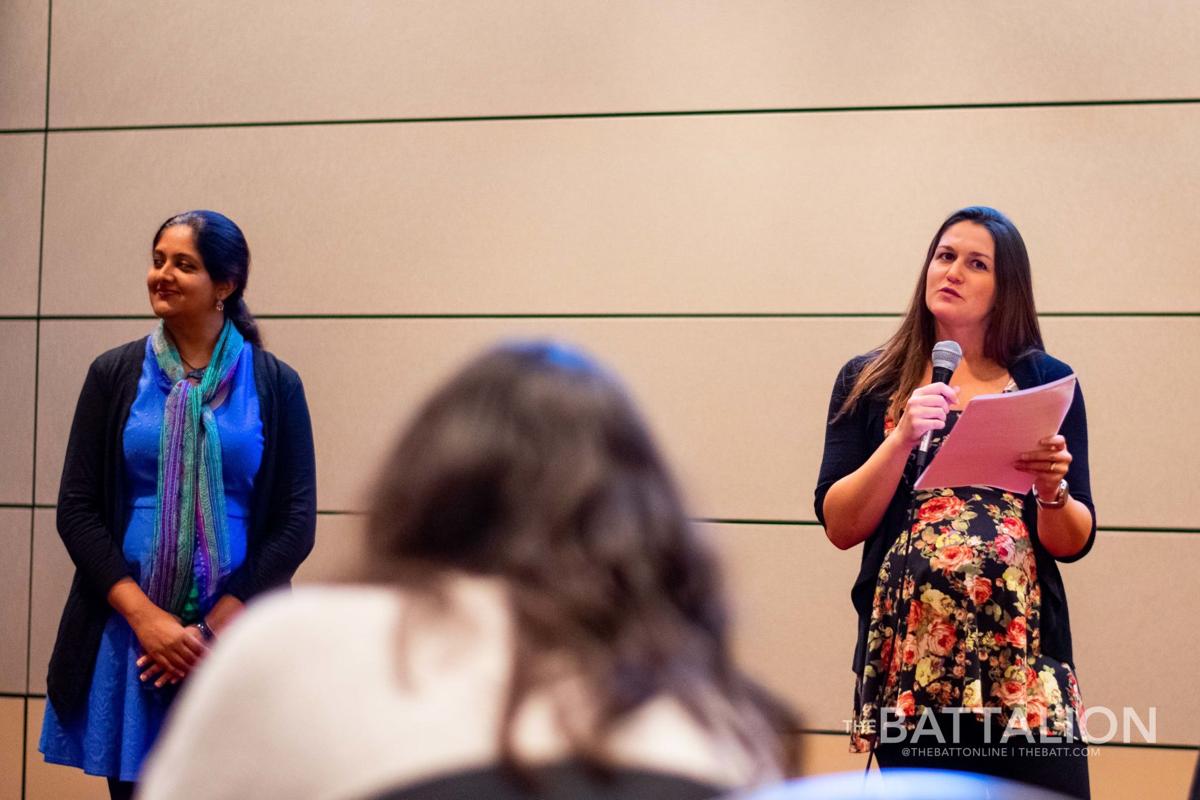 Difficult Dialogues on Campus Race Relations session was created in 2016 and continues to allow space for these conversations to generate discussion on taking action towards inclusivity.

The 19th session of Difficult Dialogues on Campus Race Relations took place in the bethancourt ballroom of the MSC on Tuesday, Oct. 29 from 6 p.m. to 8 p.m. The attendees were placed in small groups for initial discussions and read experiences and observations by students provided in a journal entry. Each group then came up with ways to make the campus more inclusive and welcoming.

All participants of the workshop created pseudonyms for themselves and abided by the ground rules: active listening, balanced air time, confidentiality, assume good intentions, make “I” statements and avoid vulgar language. The conversations that took place were audio-recorded to be used in research on difficult conversations.

Srivi Ramasubramanian, a communication professor, created the workshop in 2016 following the incident where African-American students from Dallas visited Texas A&M and were met with racial slurs. As she introduced and welcomed everyone to the workshop, she said every time she does a session she has a different experience.

“It’s a missed opportunity if we don’t have these conversations,” Ramasubramanian said.

Anna Wolfe is an assistant communications professor and co-director of the workshop. Wolfe, Ramasubramania and three graduate students host the dialogue sessions about twice a semester, Wolfe said.

“We hope that it starts conversations, not about Texas A&M being a place where this happens, but recognizing that there are problems with engaging with differences in all organizations,” Wolfe said. “We need to be having these conversations more regularly and institutionalizing them so we can make the places where we live and work more welcoming and inclusive for everyone.”

There’s growing interest within the group to have difficult dialogues for different issues, Wolfe said. It’s likely that those dialogues will have their own sessions in the future, she said.

Vanessa Gonlin is a doctoral candidate in sociology and has been involved in the workshop since its inception. Though a lot of the attendees are required to be at the workshop for course credit, it’s helpful to have difficult conversations that they otherwise would not have, she said. The Difficult Dialogues on Campus Race Relations is particularly helpful for those who feel that there is nowhere on campus where they can talk about racial issues.

“What we can do as individuals are micro-affirm each other but also we can step in when we see things happening,” Gonlin said. “So if you see some type of discrimination happening then hopefully you feel empowered by the different ways to speak up.”

The attendance of the session varies based on the current events of the university, with larger registration numbers recorded after a notable racial incidents, Gonlin said. The registration for this session reached its limit of 70 participants, with 15 individuals on the waitlist. Goblin said she hopes that the campus experiences greater volumes of awareness as a result of the session.

“I think it would be good for us, as a university, to have a better understanding of the very real experiences of racism that students on campus have,” Gonlin said. “I would hope that instead of saying that this is against aggie values that we would acknowledge that it is not against aggie values and maybe we need to change our values.”

Following these conversational sessions, Difficult Dialogues on Campus Race Relations provides attendees with the option to attend a “deep dive” session, in which they address questions about the collective and individual action that the participants can implement in their organizations or departments in regards to race relations.

Agricultural leadership and development senior Gilberto Rebolloso participated in the session as a representative for the Residential Housing Association. Rebolloso said he was intrigued and excited by the prospect of the workshop, as this was an opportunity for students to learn how to integrate and normalize conversations about race into their organizations.

“I definitely want to go to the second one and get the little links[online modules provided] and get this to RHA,” Rebolloso said. “I’m also a senator, so bringing it to the senate and maybe have a little open forum to explain and educate students.”