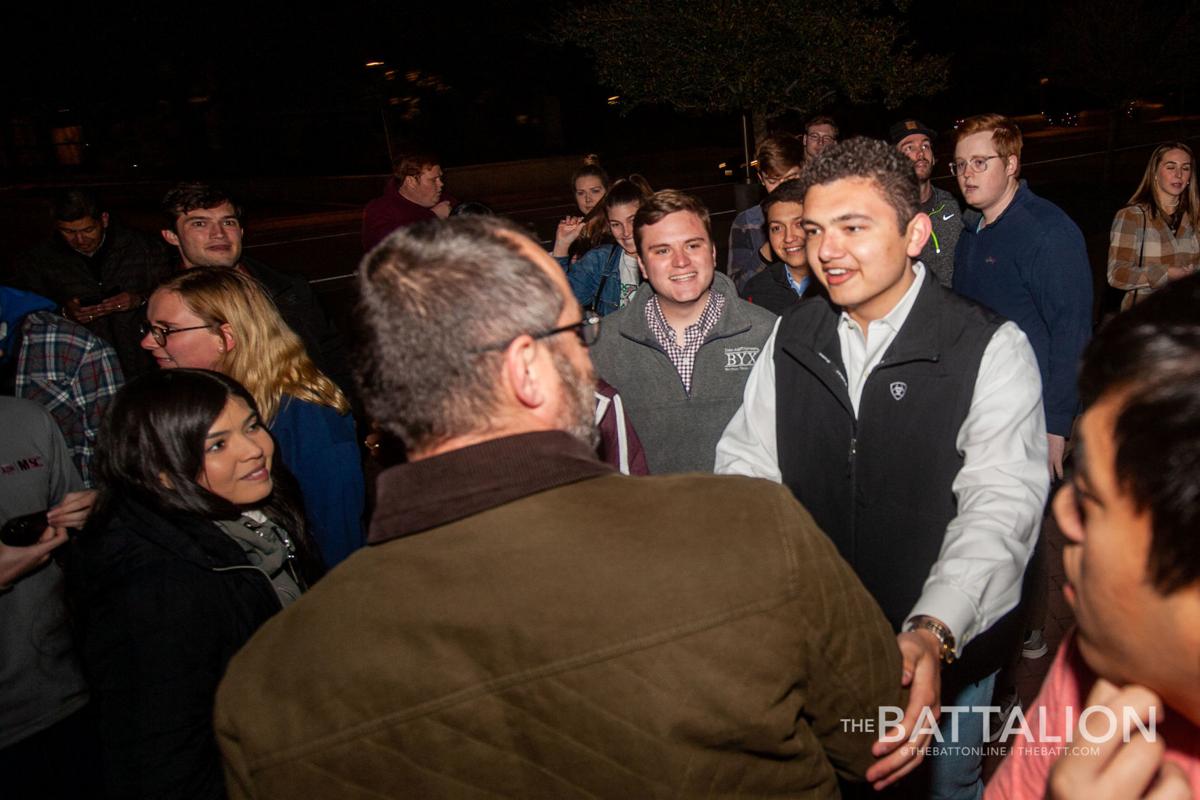 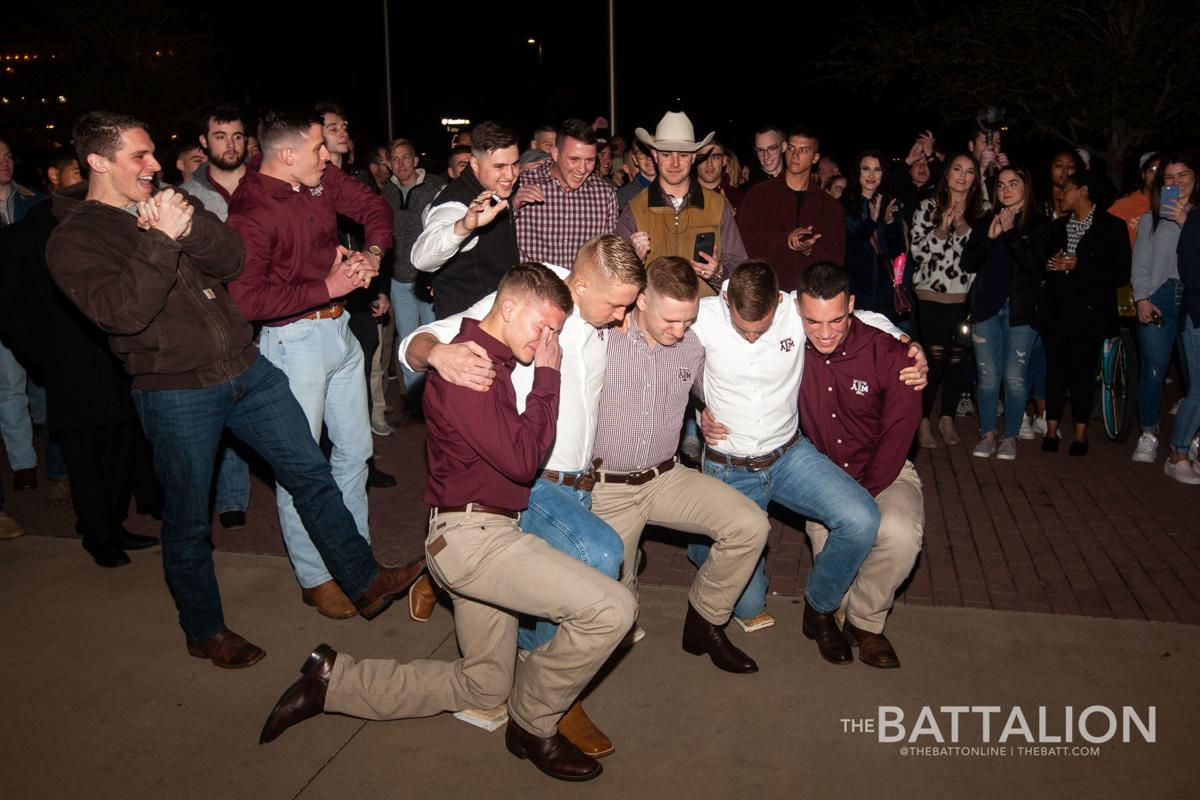 Aggies gathered at the E. King Gill statue by Kyle Field to hear the announcements for the student leadership positions at Texas A&M. According to vote.tamu.edu, the number of ballots cast this year totaled at 10,471, nearly 5,000 less than last year. Eric Mendoza remained the top pick throughout all seven rounds of counting, and received 58.59% of the votes, beating runner-up Edgar Rivera Jr., who received 41.41% of the votes in the seventh round. Huffman, Cox and Porter received 68.89%, 75.63% and 59.62% of the votes respectively for senior yell leader, while Salinas received 68.29% and Graham 61.87% for junior yell leader.

Economics junior Eric Mendoza will serve as A&M’s student body president for the 2020-2021 school year. Mendoza’s candidacy platform has been based around expanding external communication between SGA and departments and colleges around campus, and he said he is looking forward to getting started immediately with focusing on a more unified student voice.

“I think my team alone is made up of incredible people, and to have them support me I can only imagine the support from the students, so I'm really, really just grateful,” Mendoza said. “[This] means that what I've done the past two years means something, that this campus is ready to have a unified student voice to say that we value traditions and we value everything that we've held dear to our hearts throughout this institution."

“It feels good,” Huffman said. “It feels really good. I enjoyed the first year, and I’m ready to do it again.”

Construction science junior Keller Cox will follow in the steps of his older brother Cooper’s footsteps as he begins his second year as yell leader.

“Honestly it’s the same way it felt the first time: an honor and a privilege that the students at this university would trust Jacob and I, and these other Aggies to do it again, and to do it for the first time,” Cox said.

Weston Porter, industrial distribution junior, said being elected has not changed him, but he is looking forward to serving as yell leader.

“I feel like it’s just the same thing, just a new title,” Porter said. “It doesn’t define me, so same exact way as I felt earlier today.”

Mason Graham, finance sophomore, said the journey to get to this point with the others that he has run with has been rewarding.

“It’s an absolute honor,” Graham said. “The road that we’ve run to be here now, it’s just incredible, the guys that we run with it’s just a huge honor.”

Agribusiness sophomore Memo Salinas said he is very humbled to have been elected to serve as a junior yell leader. He said the values he was raised on embody those of A&M.

“I’ve grown up an Aggie my whole life, and I can’t think of more of a privilege to serve this university whose given me so much,” Salinas said. “Obviously, you can tell there’s a lot of raw emotion. Growing up, dreaming of doing something like this, I’m just humbled that the people of this university trust me to serve them and serve them well, and I promise I’m gonna give them my whole heart every day, no matter what.”