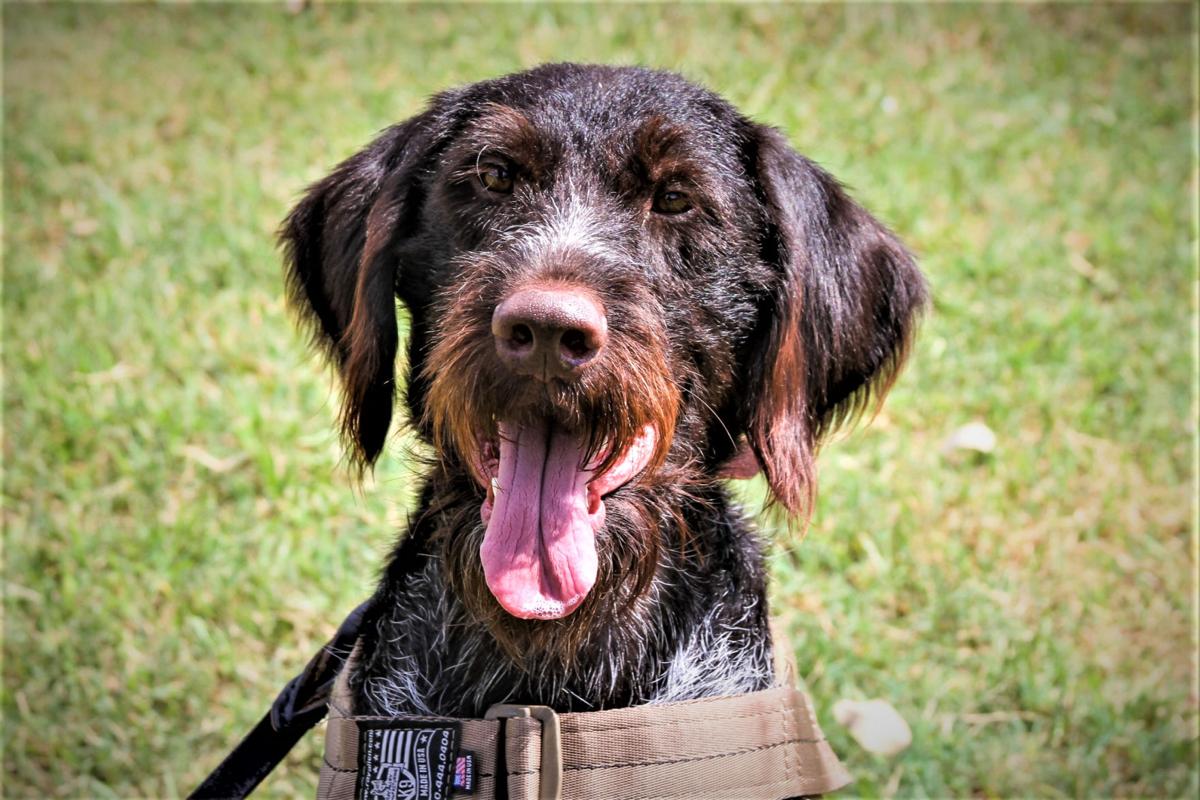 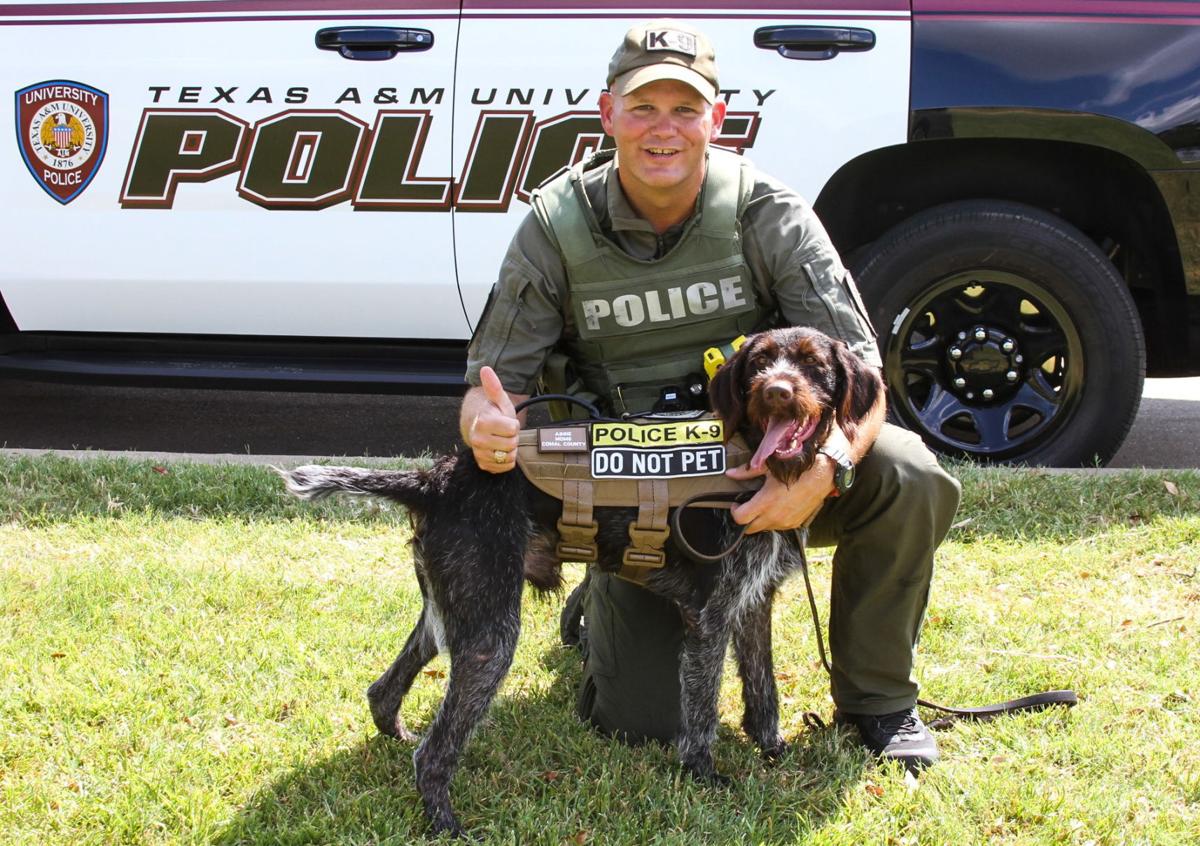 Mays, a German wire-haired pointer, has joined two other police dogs as the newest member of the K-9 unit to combat threats that may arise at Texas A&M. Donated by the Mays Business School and K9s4COPs, the university police department has put the high energy and loyalty that this breed is known for into a vital job: keeping the campus safe.

As a bomb detection dog, Mays keeps watch over large crowds on campus at sporting events, guest speeches and general student functions. Like the other police dogs in the department, Mays has a tremendous responsibility when it comes to protecting the campus. Not only does he need to detect any bomb-making odor, but he must also be able to distinguish the source of the scent out of a large crowd. Furthermore, he needs to do so under intense pressure, according to Police Officer Cody J. Clemens, Class of 2000 and Mays’ handler.

Clemens said the police dogs go through constant and vigorous training to ensure that they are proficient in their job.

“For training day, one of us will go out and place an odor and then we each work our dog from there,” Clemens said. “We don’t make it impossible to find the source of the odor, but we do try to trick each other up. We look at, if someone is trying to cause us or the campus harm, how would we go about doing it in this area?”

Clemens said although the training is generalized for the K-9 unit, they view each dog as extraordinarily trustworthy. Moreover, the dogs are allowed to let their personality shine through while working alongside their handler.

“The dogs all kind of act the same, but they do have different personalities and unique ways of alerting their handler,” Clemens said. “Their noses amaze me. There are machines that have been made that are meant for the same thing but aren’t as accurate. Give it time and man will be able to get the technology there, but at this point, we can’t duplicate nature.”

There are multiple times a year where thousands of people flock to College Station, and Clemens said it is vital to have a K-9 unit on campus to help quickly identify possible threats.

“Seven or eight times a year, the population for the entire city increases tremendously,” said Clemens. “On game days, our population just explodes like a normal city wouldn’t. Having a bomb detection K-9 unit makes the job of identifying a possible threat much easier and safer for all involved.”

Bobby Richardson, police lieutenant in the A&M police department, said the police dogs are also capable of working faster than a regular bomb squad. This is because the process a human police officer would have to go through does not encumber the dogs.

Although they may not look, act or talk like an ordinary law enforcement officer, police dogs are risking their lives and putting the greater good above themselves just like a human would, Richardson said.

“Canines, although they don’t know it, put their lives on the line every day just like the rest of us,” Richardson said. “They have a badge, they go out and serve the public and they keep the university safe. Sometimes they may not know it, but if you go to a football game, they are the ones that keep us safe. They are very paramount to the safety and security here at Texas A&M.”