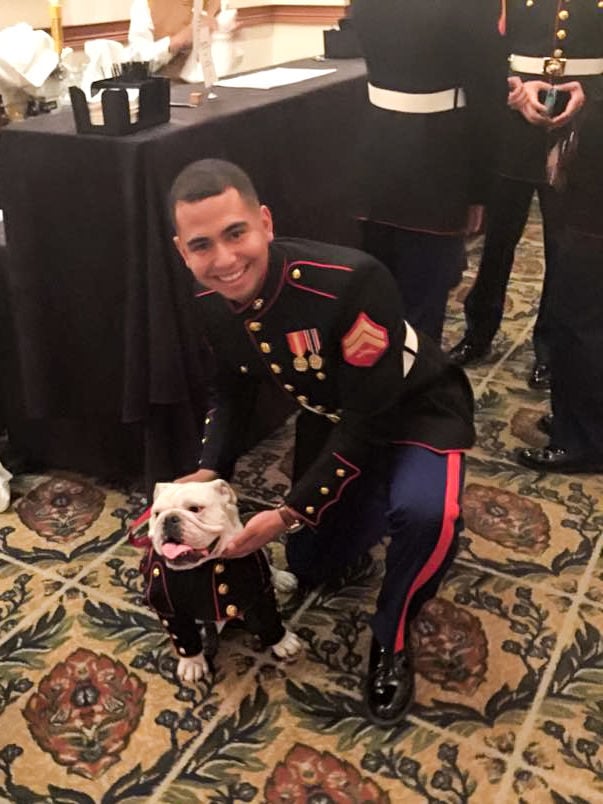 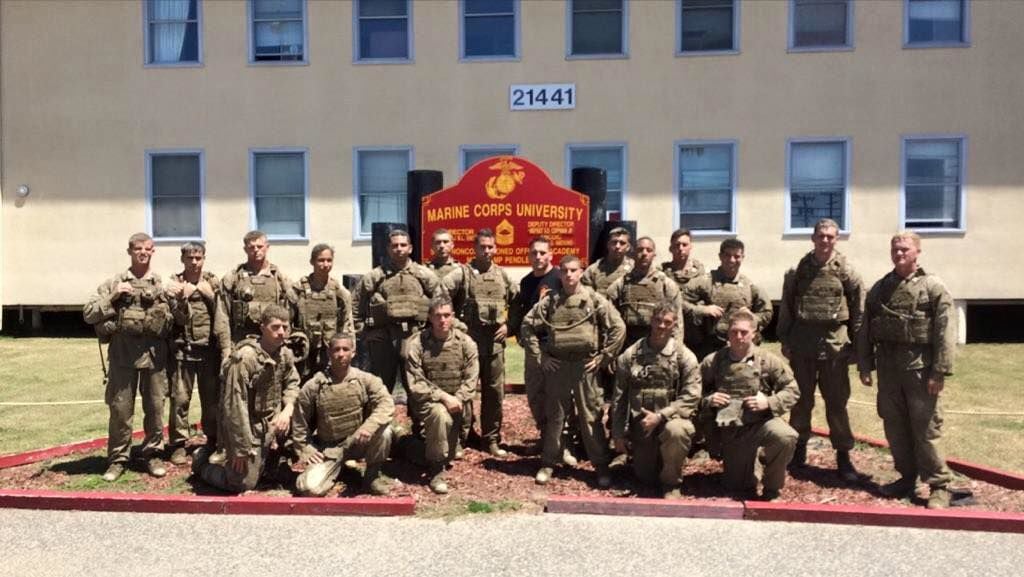 Luis Martinez, Marine Corps veteran and Aggie received a competitive fellowship with the US department of defense.

Martinez’s goal is to improve subterranean mapping in GPS-denied environments through his research. The fellowship will last for three years and pay for full tuition, as well as provide a monthly stipend and medical insurance. Martinez is pursuing a doctorate in geography at Texas A&M and is one of the newest recipients of the NDSEG Fellowship. The National Defense Science and Engineering Graduate fellowship is highly competitive and sponsored by the Air Force Office of Scientific Research, the Army Research Office and the Office of Naval Research, according to their website.

He said the fellowship was perfect for him, especially since he is looking to work within the department of defense.

“Sometimes you just don't think you’re gonna get something,” Martinez said. “I couldn't believe it, but I was beyond excited, loss of words and I couldn’t be happier.”

After visiting a friend of his for a football game, Martinez fell in love with Aggieland. He would come home to his wife after 12-hour shifts, then focus on coursework for his online masters program through A&M. He said his passion for geospatial intelligence came from his work in the Marine Corps.

“I did well in it, I graduated with the honor graduates of my class,” Martinez said. “It wasn’t until I was like a year in that I actually started realizing the importance of it and what it could do.”

Martinez grew up as a “Navy brat” and always knew he’d join the military. He said he feels that the academic work in geospatial intelligence is a continuation of his service.

“This is another way for me to improve geospatial capabilities beyond my service,” Martinez said. “Hopefully from there, go work for the Department of Defense and continue to serve the United States and help make military operations a bit safer for the people that signed to join the military after I did.”

It was his advisor, Daniel Goldberg, and professor Stacey Lyle who played integral roles in encouraging Martinez to pursue a further education, he said. The opportunity has opened doors for Martinez and given him exposure to work with people with similar research interests and backgrounds. Martinez said he was surprised by how willing others were to share information and help him further his research.

“It's been a lot more of a team effort than I thought it would be,” Martinez said. “I didn't think I'd get this much help from other people.”

Karina Riches is an imagery analyst with the Marines and wife to Martinez. While serving in the Marine Corps, Martinez was Riches’ Corporal and took on a mentor and friendship role in her life, she said.

“I felt like I knew he was gonna get it the whole time,” Riches said. “He doubts himself a lot and I try to be the one who doesn't doubt him. He doesn’t really see how motivated he is in everything he does, how smart he is.”

Stacey Lyle, an assistant professor in geography serves as a mentor to Martinez. Part of the faculty role is assisting and advising students in their careers and life-long learning, he said. Lyle said that even with his busy schedule, Martinez was helping his peers and reaching out to ask questions in the challenging program.

“He has very strong personable skills and then he is very intellectual in his thought,” Lyle said. “I can also say that his military background definitely helped him in being very studies and staying \on top of his school work.”

Lyle said he feels that Martinez was an easy and wise selection for the NDSEG fellowship.

“They need people who have a strong understanding of the background, the military, and they understand the value of what they’re trying to do in their humanitarian efforts,” Lyle said.

Lyle said Martinez reflects A&M’s strong affiliation with the US military welcoming attitude toward veterans. Lyle said that Martinez is the kind of person who shares and helps others with the resources and knowledge that have been shared with him.

“He represents Texas A&M in its diversity, in its culture and in its values,” Lyle said. “He is both what we want at A&M to represent us with this award and what I think the national geospatial intelligence wanted.”