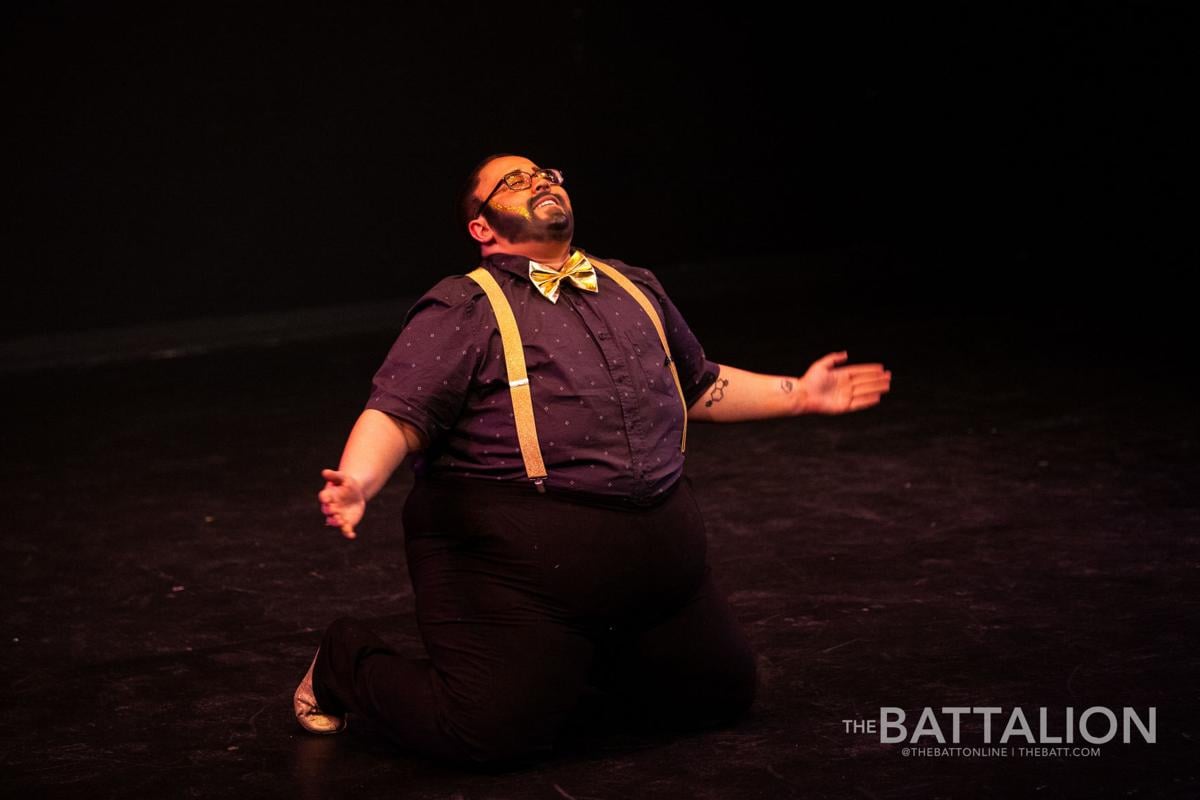 Sir Loin performed to a medley of Lizzo songs. 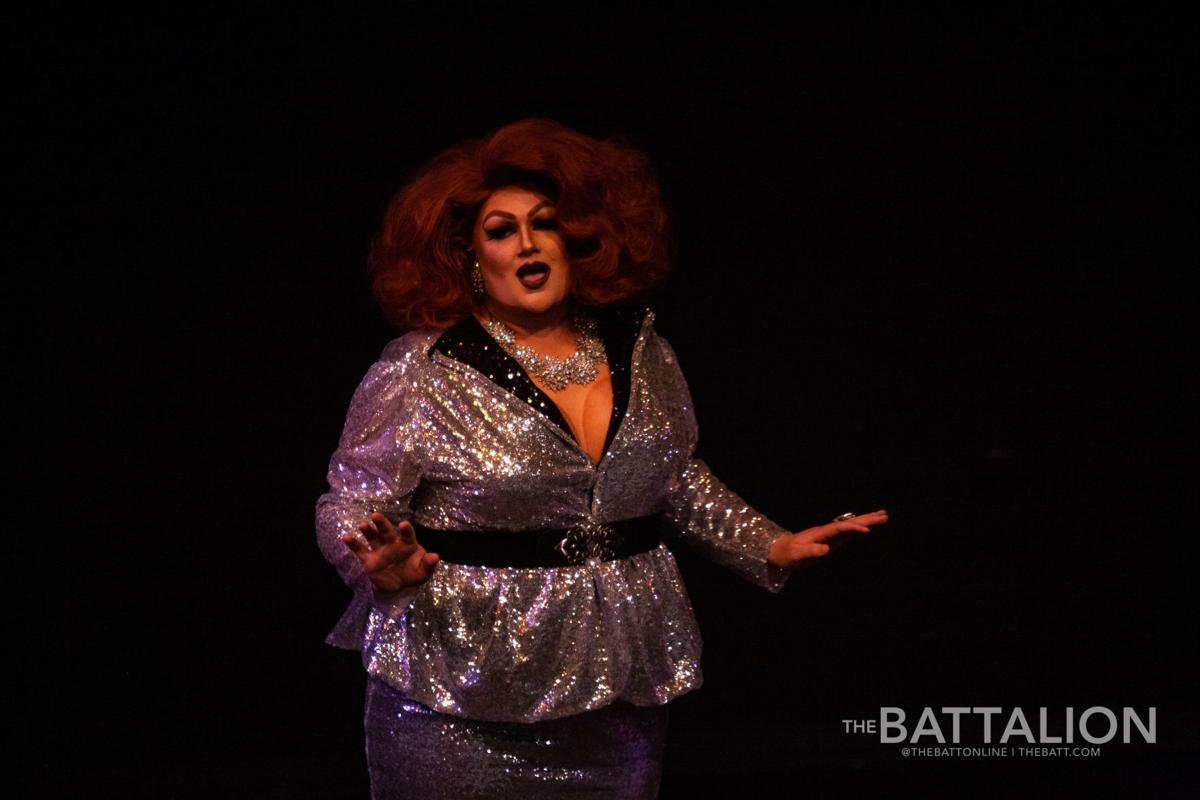 Malibu Von Schweetz performed a rendition of "My Heart Will Go On" including a solo on the recorder. 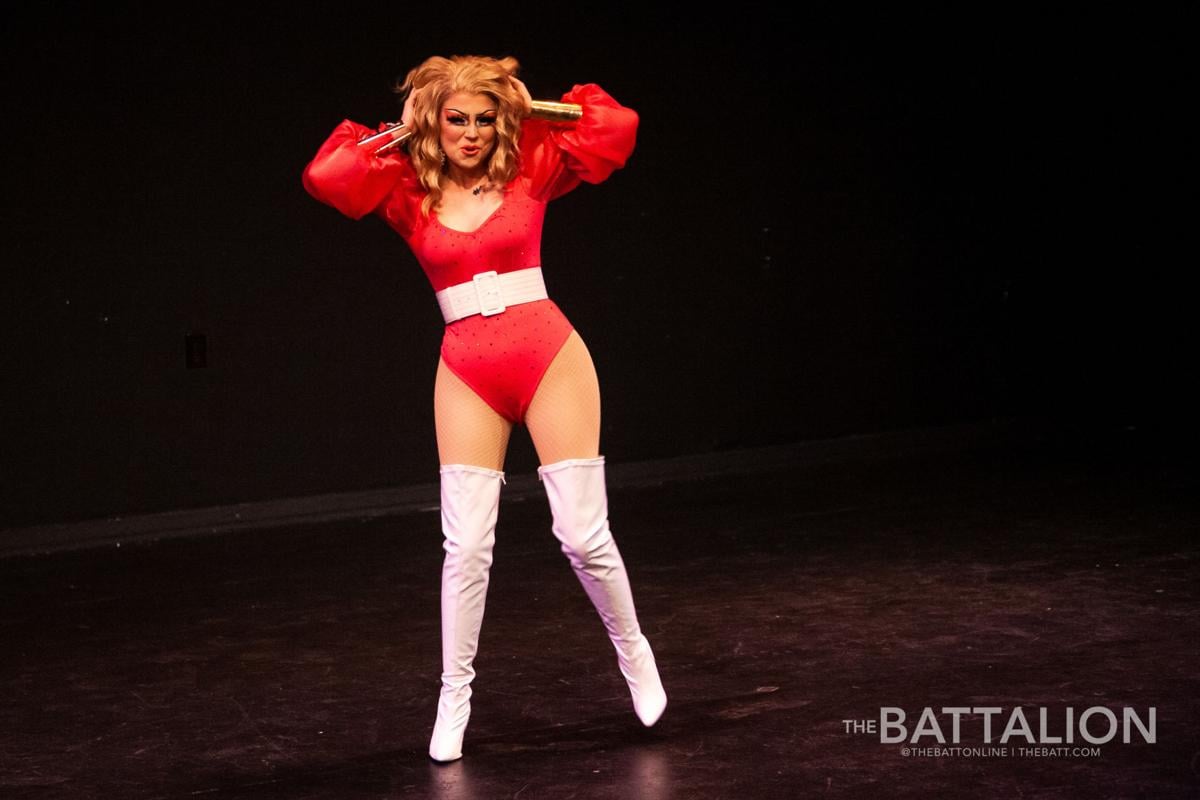 Jessy B Darling had a "Legally Blonde" based performance including audio clips from the movie. 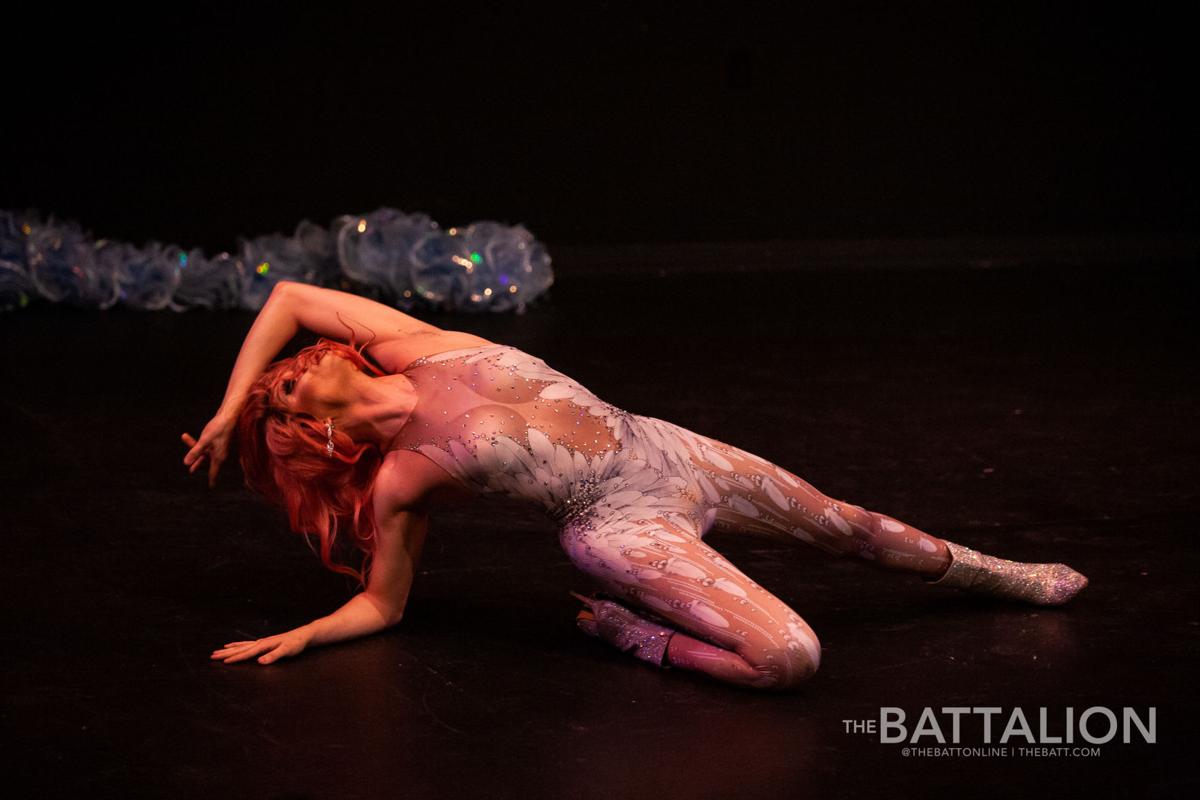 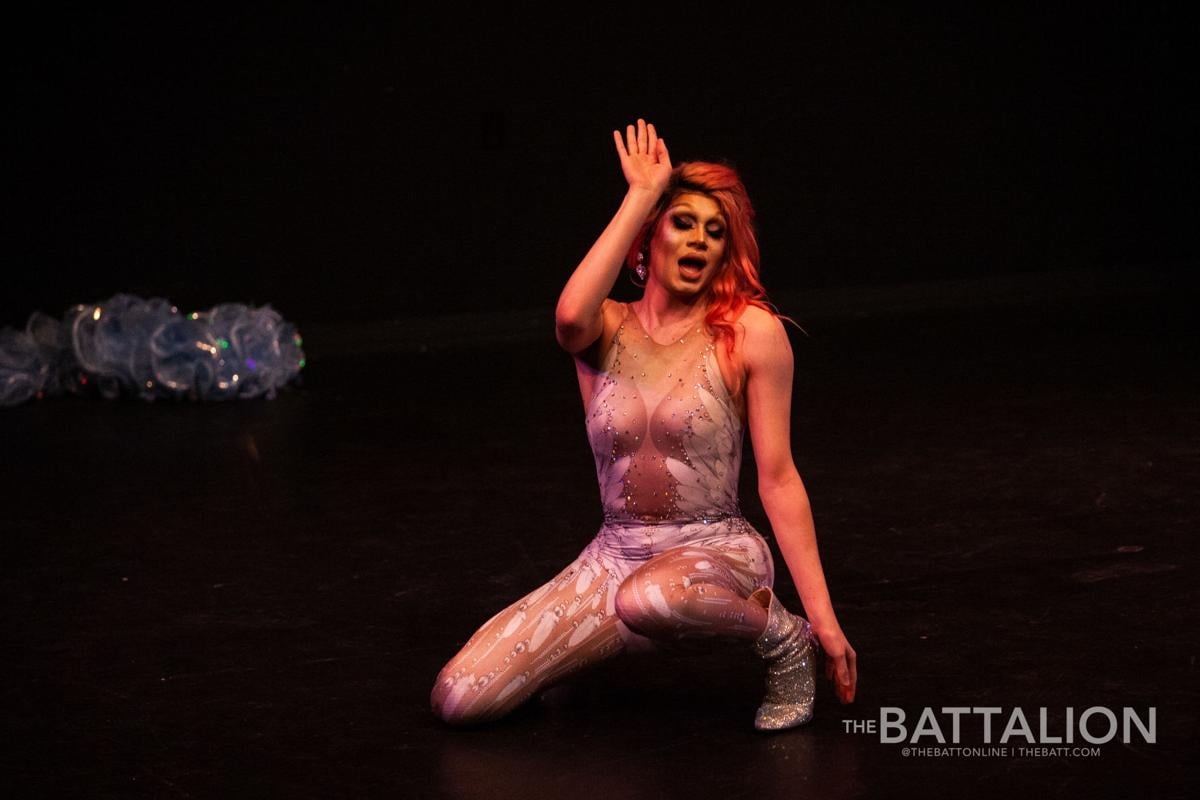 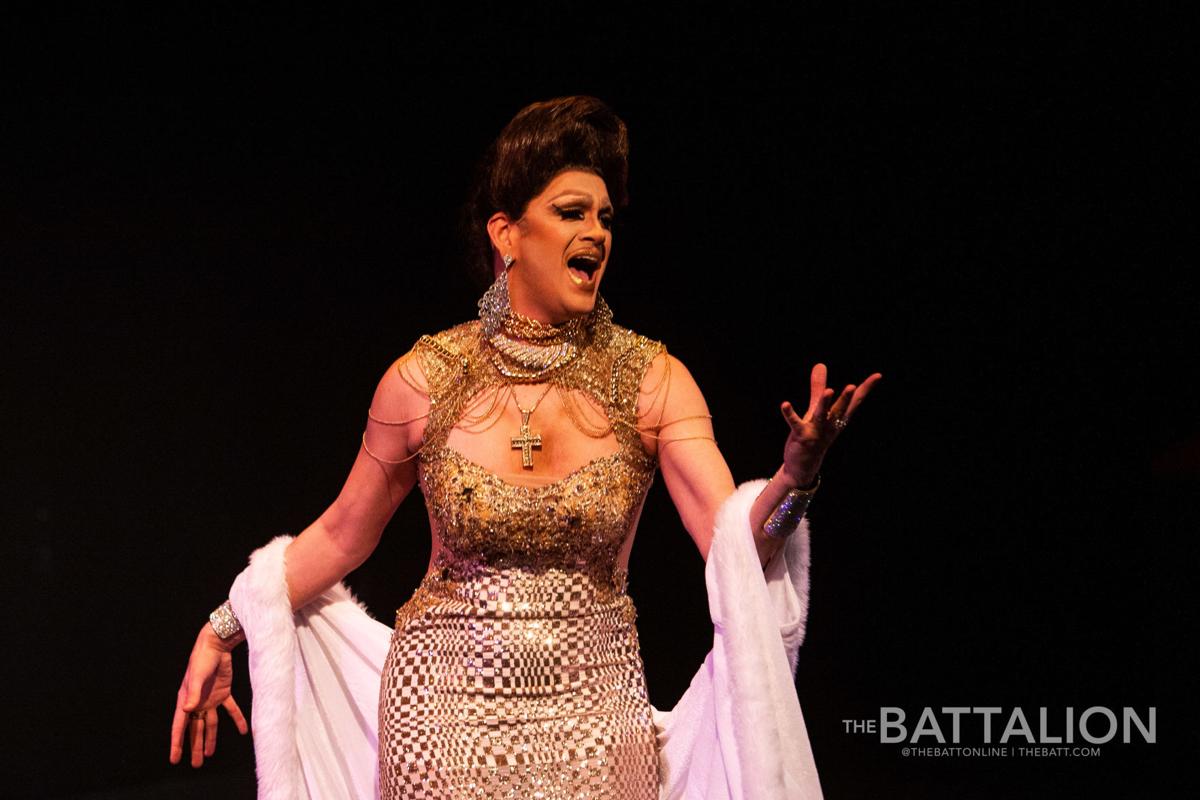 Deavan Lee performed a tribute to her sister with the song "Praying" by Kesha.

Sir Loin performed to a medley of Lizzo songs.

Malibu Von Schweetz performed a rendition of "My Heart Will Go On" including a solo on the recorder.

Jessy B Darling had a "Legally Blonde" based performance including audio clips from the movie.

Deavan Lee performed a tribute to her sister with the song "Praying" by Kesha.

MSC Town Hall and the LGBTQ+ Pride Center have partnered to host auditions for DRAGgieland 2020. The auditions were held at the Rudder Forum on Thursday, Jan. 30 from 7 p.m. to 7:40 p.m. and 8:30 p.m. to 9:50 p.m. Students and community members who auditioned had four minutes to impress a panel of three judges consisting of members of MSC Town Hall, the Pride Center and Make-Up Artists of Aggieland (MUA AGS). MSC Town Hall will share news of participation in DRAGgieland 2020 with contestants in the following week.

The contestants will compete in front of a crowd on Wednesday, Feb. 19, where Heart and the audience will decide who will be crowned “Queen of DRAGgieland 2020.”

Bioenvironmental science junior Sophie Gonzalez is the special events executive of MSC Town Hall. She pioneered the efforts of bringing a drag event to Texas A&M, inspired by conversation and emails receivedafter attending the National Association of Campus Activities conference last February. Gonzalez said there’s been mostly positive feedback in response to the marketing of the event.

“It is pushing the envelope and it is different, so we’re definitely ready,” said Gonzalez. “Hopefully it’s successful enough to make this happen again.”

Gonzalez said Town Hall is excited to shift their focus from the music aspect of their slogan, “bringing music and entertainment to campus,” to entertainment through DRAGgieland 2020. Through the partnership with the LGBTQ+ Pride Center and the help of MUA AGS, MSC Town Hall has been able to cover the bases of hosting a drag event, she said.

“As the MSC, we want to bring diversity to campus, so it’s exciting to do that and have an outlet to do that,” said Gonzalez.

Engineering sophomore Erik Fontaney is the president and founder of MUA AGS. As a judge of the DRAGgieland auditions, Fontaney was looking for stage presence, uniqueness, originality and Rudder guideline conformity. He said he loved the auditions and wished the contestants good luck.

“I’m really happy that this event is happening, I feel like it’s good for the A&M community,” said Fontaney. “It’s making us more diverse. Events on campus right now that are LGBT focused are not known that much; only LGBT students go to those events, but since this is a major event, it’s reaching the whole A&M campus, so everyone will be able to participate because they know about it.”

Self-proclaimed diva Vitamin B has been performing drag for the past three years, with events and shows in Kemah and Bryan-College Station. She became aware of the A&M event through her “drag daughter,” Jessy B. Darling. Along with Vitamin B’s desire to meet Heart, she likes the locals and loves to entertain crowds.

“I think this would be a cute opportunity to have a bunch of queens and new people come in and do what they want to do,” said Vitamin B.

“Drag is excellence; drag is important,” said Vitamin B. “Self-expression of gender, sexuality, it’s beauty, it’s just something that I think is fun, exciting, not taken too seriously.”