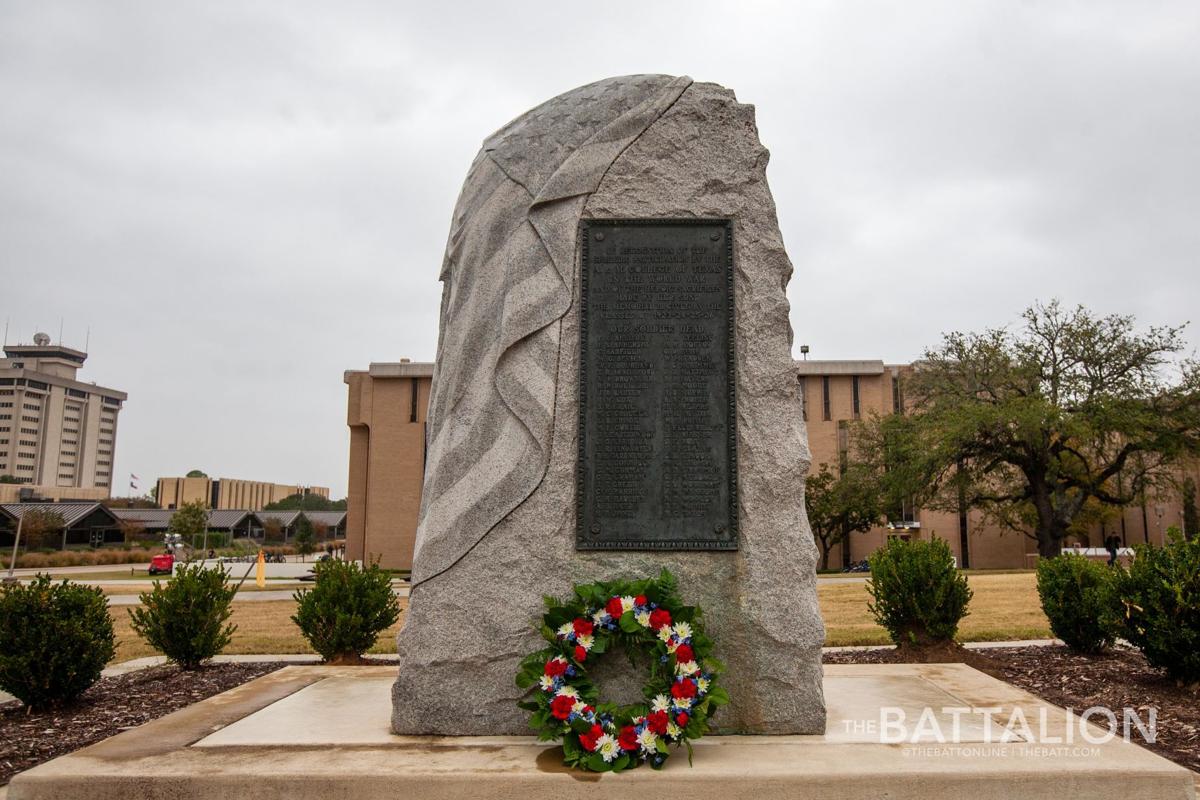 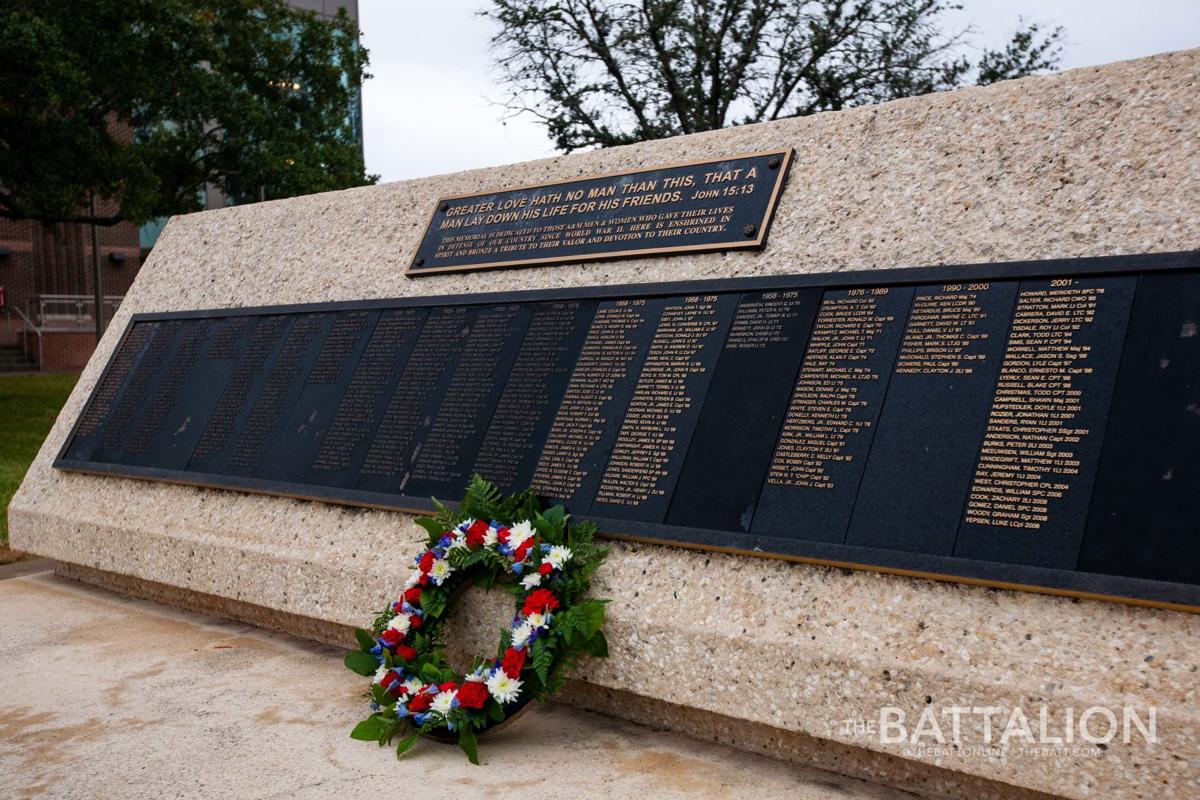 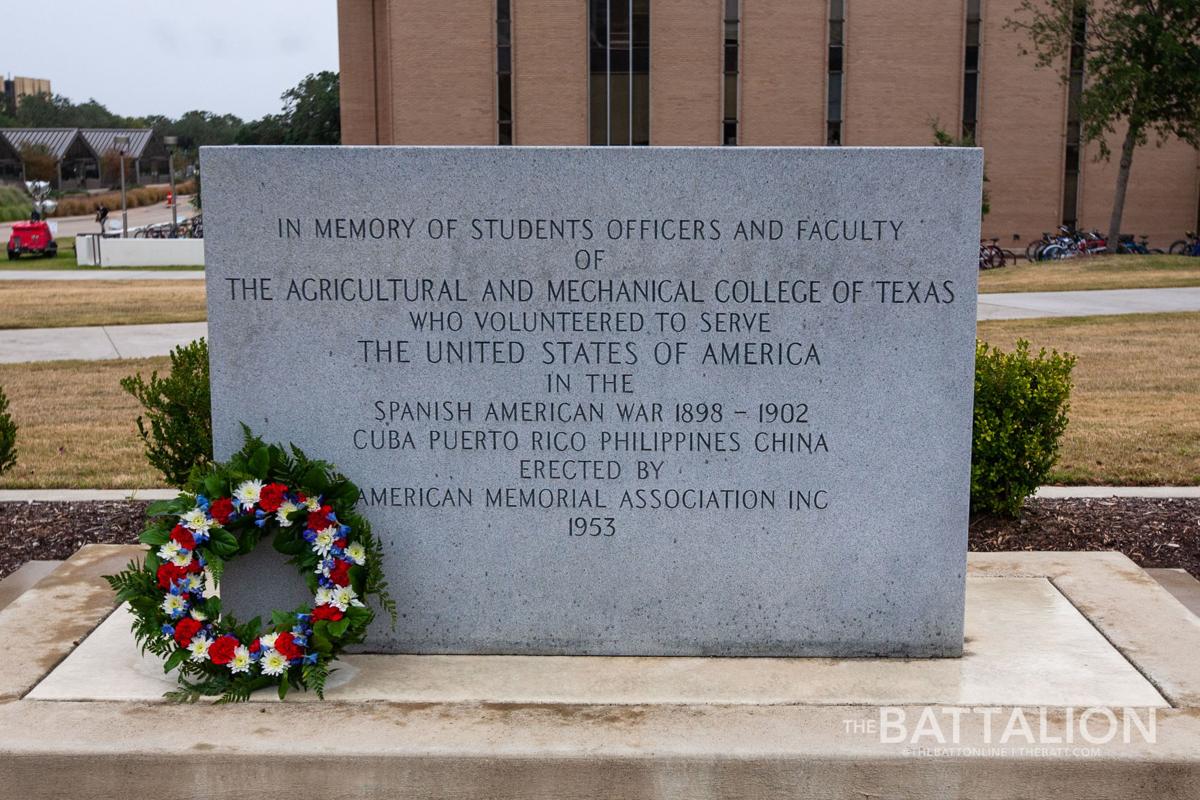 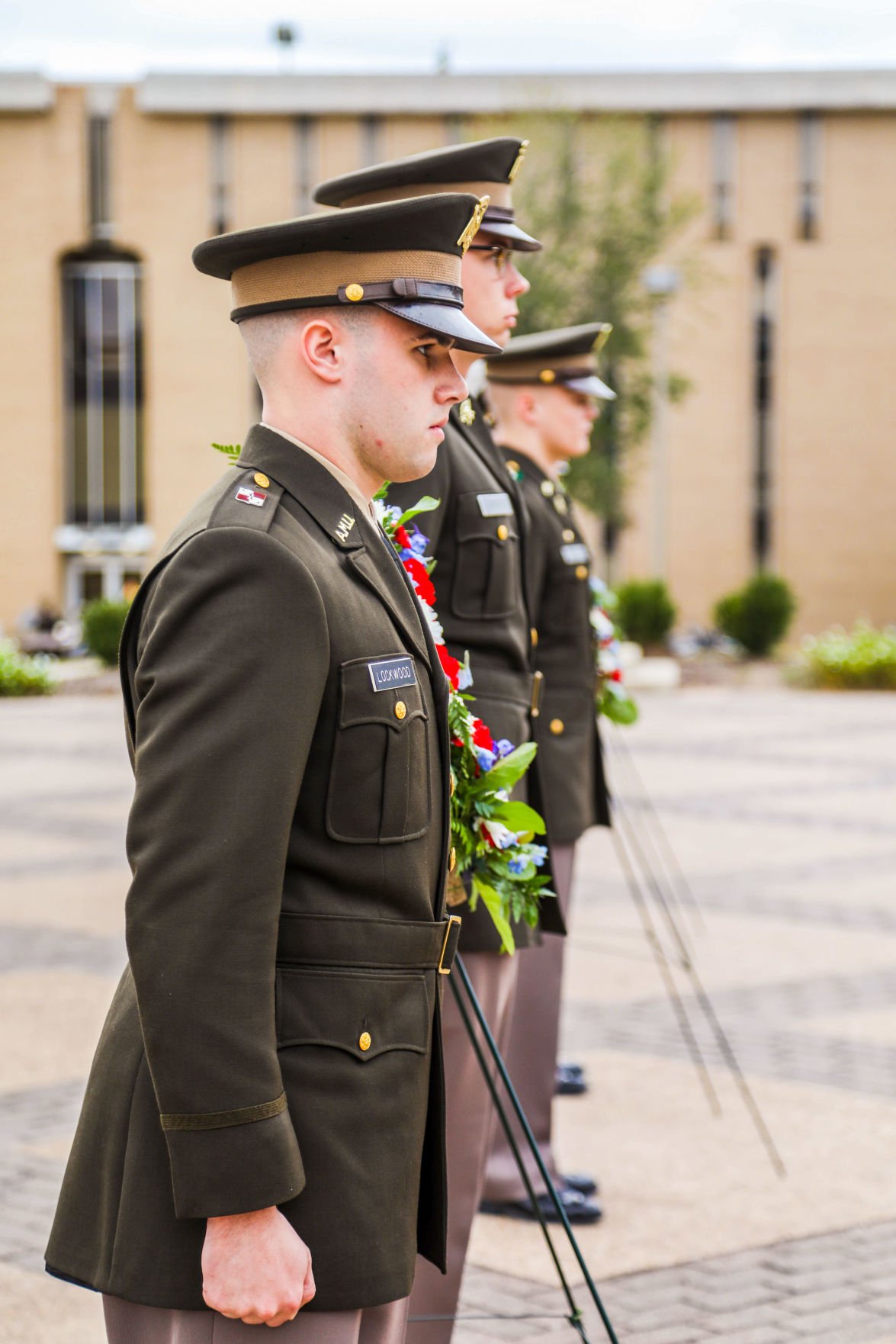 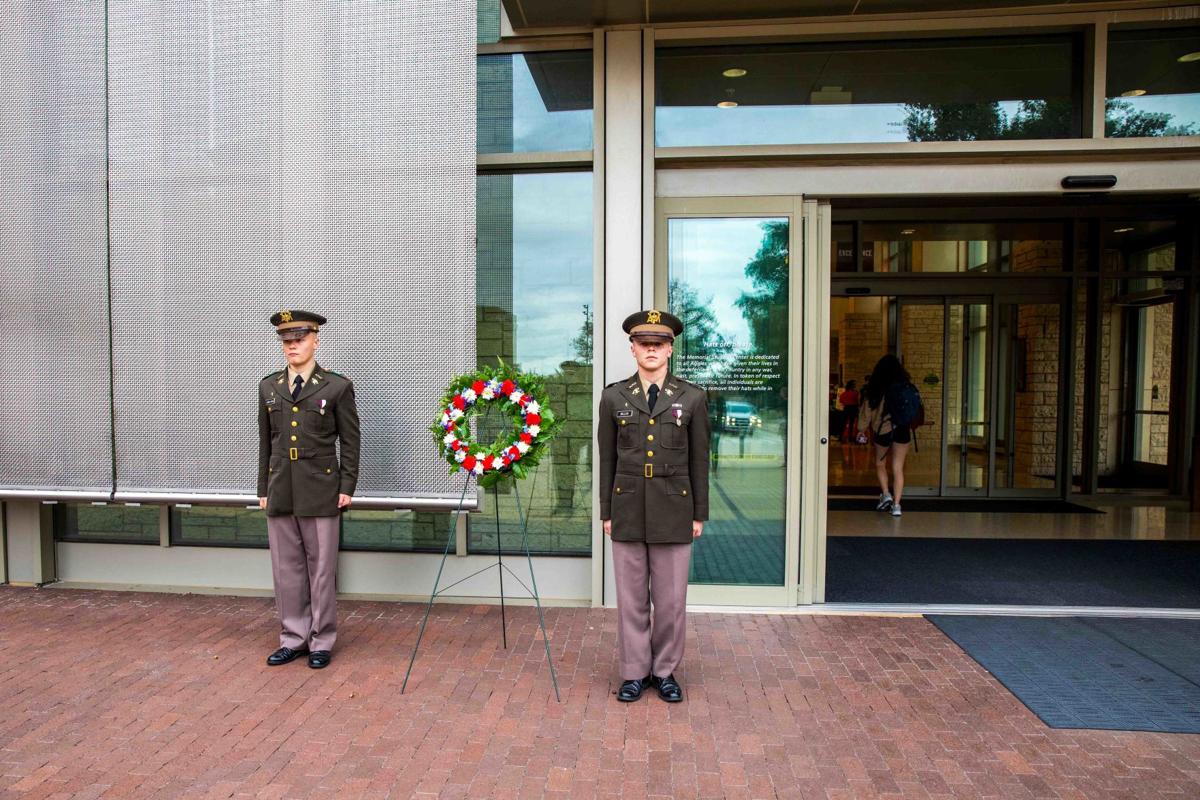 In honor of Veteran’s Day, the Texas A&M Corps of Cadets laid ceremonial wreaths around campus.

On Nov. 11 at 11:11 a.m., the Corps laid out four ceremonial wreaths at the Memorial Student Center, the Spanish-American War Memorial, the World War I Memorial and the Post-World War II Memorial on the Corps Memorial Plaza. This event is meant to mirror the same day and time of the ending of World War I in 1918. Among the attendees were students and faculty of A&M, veterans, family members of veterans and the Corps of Cadets.

Health senior Victoria Monreal and her sister Rebecca Monreal, a Blinn freshman, saw an advertisement for the event online and decided to attend to honor someone from their family.

“Our dad is in the Navy, and we really respect and honor the military, and all they do for us,” Rebecca said.

Engineering sophomore Joseph Miller, a cadet in Company G-2, said those who fought and the lives that were lost for this country are the foundation of the U.S.

Petroleum engineering sophomore Nicholas Heinrich-Barna of Company G-2 said Veteran’s Day is a very special day for him because of his family’s connection to the military.

“The celebration was a celebration for veterans,” Heinrich-Barna said. “What that meant to me, coming from a military family, that celebration, that realization, that kind of work ethic and self-sacrifice, that’s something we hold dear to our hearts at Texas A&M and the country at large.”

Heinrich-Barna said this particular event allows anyone to see the appreciation shown to those who have fought for the country.

“When we do stuff like this, it’s more of a visual representation, and our acknowledgement and our thanks to those that came before us who are giving us the opportunities that we have now,” Heinrich-Barna said.

Veteran Army Major Ann Stebbins said she enjoyed attending the event but wished that more people had come to remember the lives of other veterans.

“I like that veterans get acknowledged,” Stebbins said. “It would be nice if they would publicize it a little bit more, because there’s not a lot of people that showed up for it.”

Byron Stebbins, deputy commandant for the Corps of Cadets and Marine veteran, said being a veteran is not about the praise that people give, but instead it is about the service itself and doing one’s part to help their country.

“As a veteran, when people say ‘thank you for your service,’ I like to let them know that you don’t need to thank me,” Stebbins said. “What I did, I enjoyed doing, and I saw a purpose in what I was doing. But I appreciate them going through and doing that.”

Stebbins said Veteran’s Day is very important to him because it helps people realize the lengths some people go to to ensure that the citizens of America can live freely.

“Veteran’s Day, to me, is important,” Stebbins said. “It’s the idea of recognizing those men and women in the United States who understand that there’s a greater calling other than themselves. If you want to enjoy freedom, it’s not going to be free.”