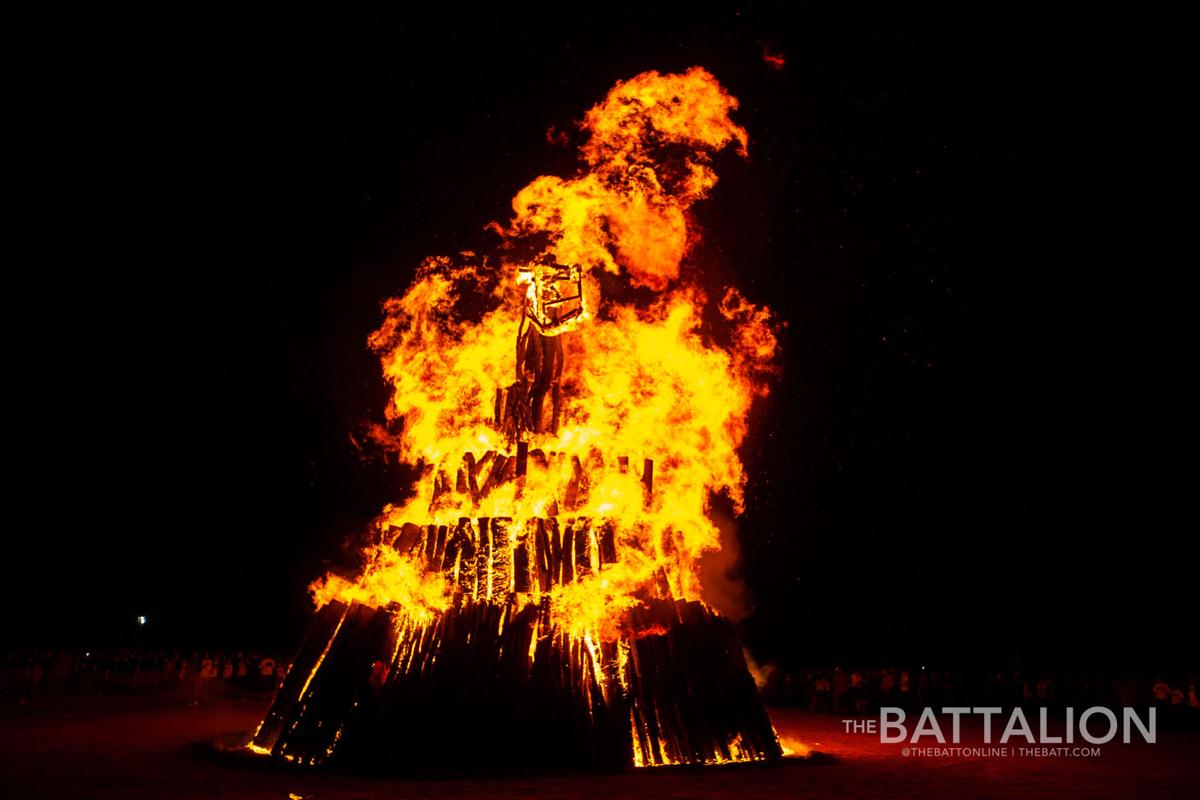 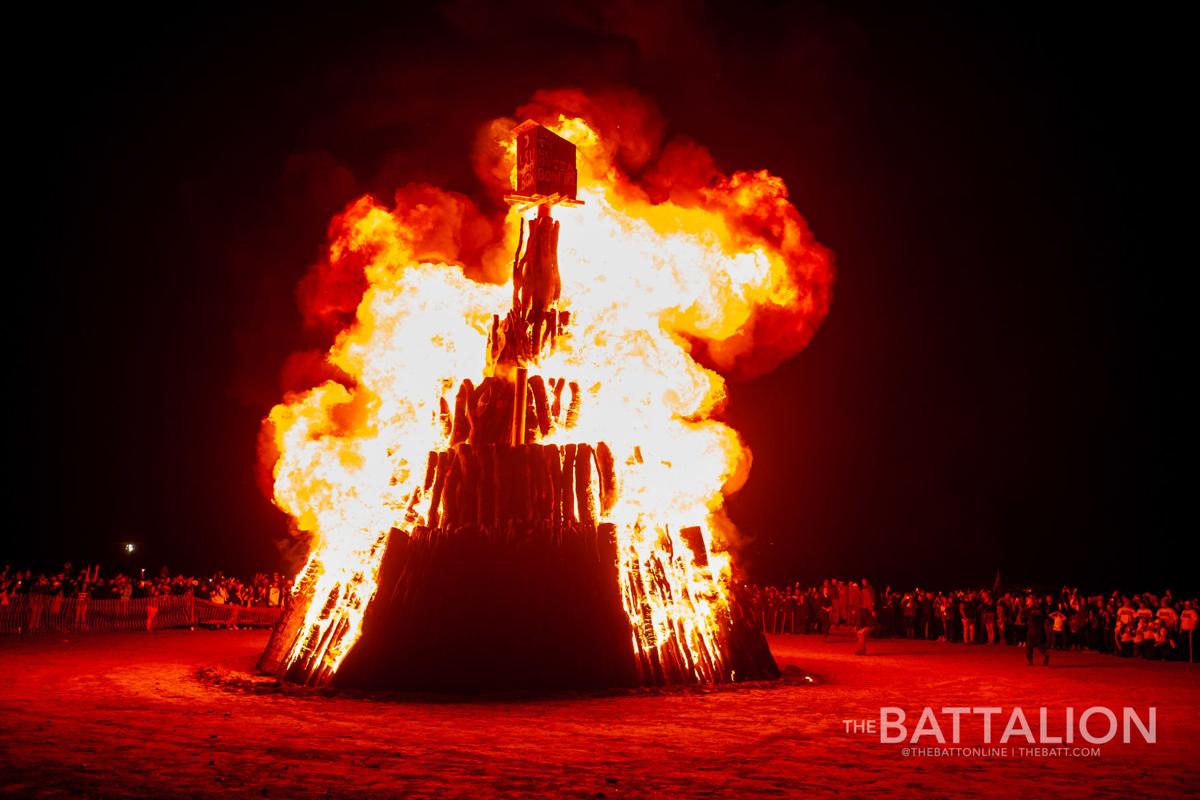 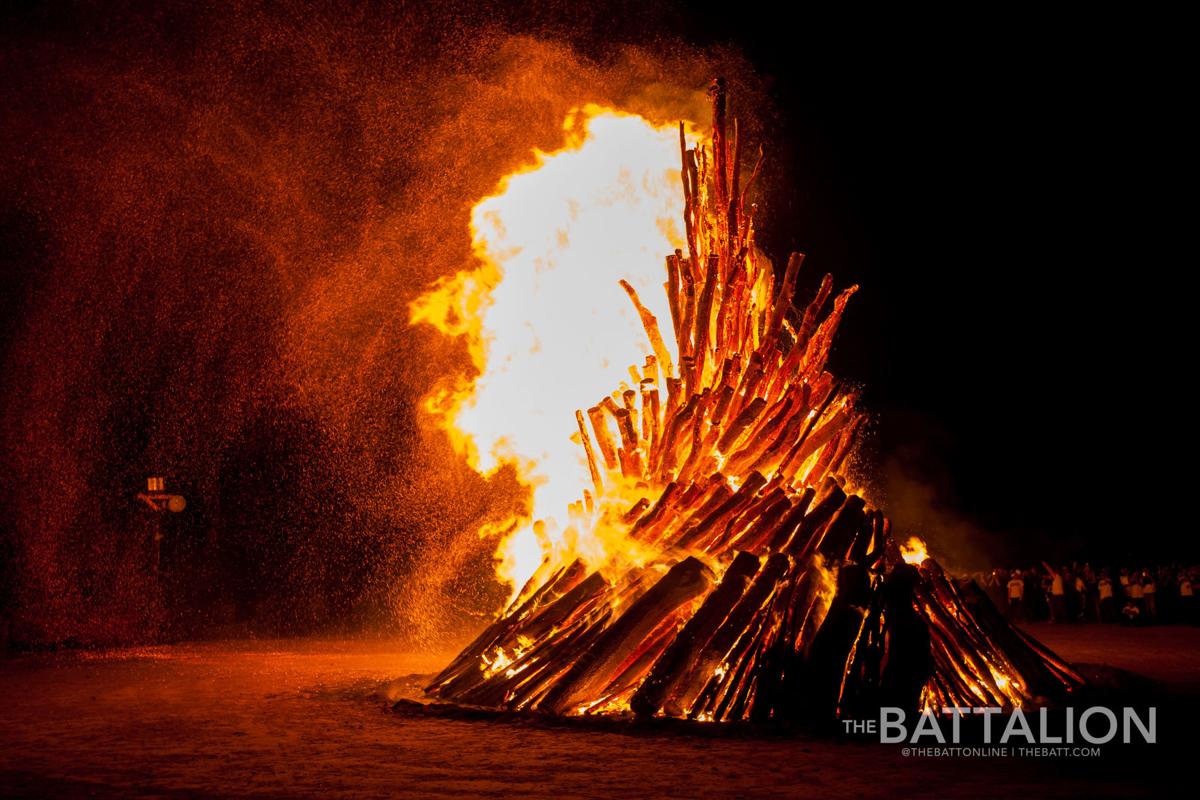 Following the collapse of Aggie Bonfire on Nov. 18, 1999, students were unaware of what the future held for this honored Aggie tradition.

A task force set up after the collapse spent 18 months deliberating the future of Bonfire at A&M, said Ann Goodman, former associate director for Student Organization Services, Conduct, Marketing & Development. A survey was sent out to the students asking for their opinion on the return of Bonfire. Although the students were in favor, the costs, legal liability and safety were a bigger concern.

According to the 2002 Aggieland yearbook, then-university president Ray M. Bowen reached out to 693 safety firms about Bonfire, and only one responded with any interest in representing A&M in the future. However, after further review, it was determined they were unqualified to handle such a big project.

Due to these concerns, on Feb. 5, 2002, Bowen announced that Aggie Bonfire would not take place that year.

“I was a member of the task force that was identified to look at a safer possibility of doing Bonfire safely, and ultimately after a year and a half of meeting, [Bowen] finally came to the decision that he did, which I personally believe is the right decision,” Goodman said.

Students, such as Dion McInnis, Class of 2003 and current advisor to the upper leadership of Student Bonfire, did not agree with Bowen’s decision and chose to walk out of the press conference.

“We weren’t walking out in protest; we were walking out because we knew what we had to do and we knew what the challenges were and now we had to get it done,” McInnis said. “It was organic. .... We all said the same thing. They asked us, ‘What are you going to do?’ And we told them, ‘We’re going to build Bonfire.’”

In 2003, the first Student Bonfire was built at the Boondocks Recreational Center prior to the Thanksgiving game against the University of Texas. Those taking part in Student Bonfire worked in memory of the 12 Aggies who lost their lives in the collapse, said Rachel Swindell, Class of 2019 and member of Student Bonfire.

“They died doing this, and I think the tradition was to just do it because they did it and they loved it,” Swindell said. “Bonfire didn’t build the Aggie Spirit. The Aggie Spirit built Bonfire. I think that’s just so important, and continuing on why we do it.”

The university has no affiliation with Student Bonfire, and Goodman said although she understands why students want to continue this tradition, the A&M-endorsed Bonfire ended when it should have.

“I have talked to a number of students who are passionate about Student Bonfire, and I respect their passion, and I would never encourage them to not move forward with their passion, but I could never go back to that,” Goodman said. “I feel like Bonfire lived its life, and it needed to end when it did.”

Continuing the tradition off-campus, Student Bonfire starts cutting the logs in early September and finishes by late October. The center pole is delivered the week before Halloween, and the raise takes place within that week.

To ensure that those participating are kept safe, Student Bonfire has created a new method to stack the logs and still achieve the multi-tiered, “wedding cake” look. In this method, each log is required to touch the ground, ensuring stability, said Swindell.

The camaraderie created through the process of building Bonfire has been an integral part of the tradition before and after the collapse, Swindell said

“It’s really just a family that you can come into away from home as a freshman, but once you’re in it, after you’ve realized, ‘Hey, this is a family,’ there is so much more,” Swindell said.

The Bonfire is set to burn on Nov. 26 at 8:50 p.m. sharp at the stack site off Old Hearn Road in Bryan. A Yell Practice will begin at 8:15 p.m., and the speaker of the night, Warren Barhorst, Class of 1988 and former member of the 12th Man kickoff team, will deliver his address at 8:30 p.m. The Head Stack, who oversees Student Bonfire’s operations, will recite the “The Last Corps Trip,” and Barhorst will explain the history of Bonfire and what it represents today.

On Tuesday, Nov. 26, 2019 Student Bonfire held their annual Burn Night five days before the Aggie football team is set to kickoff against the …