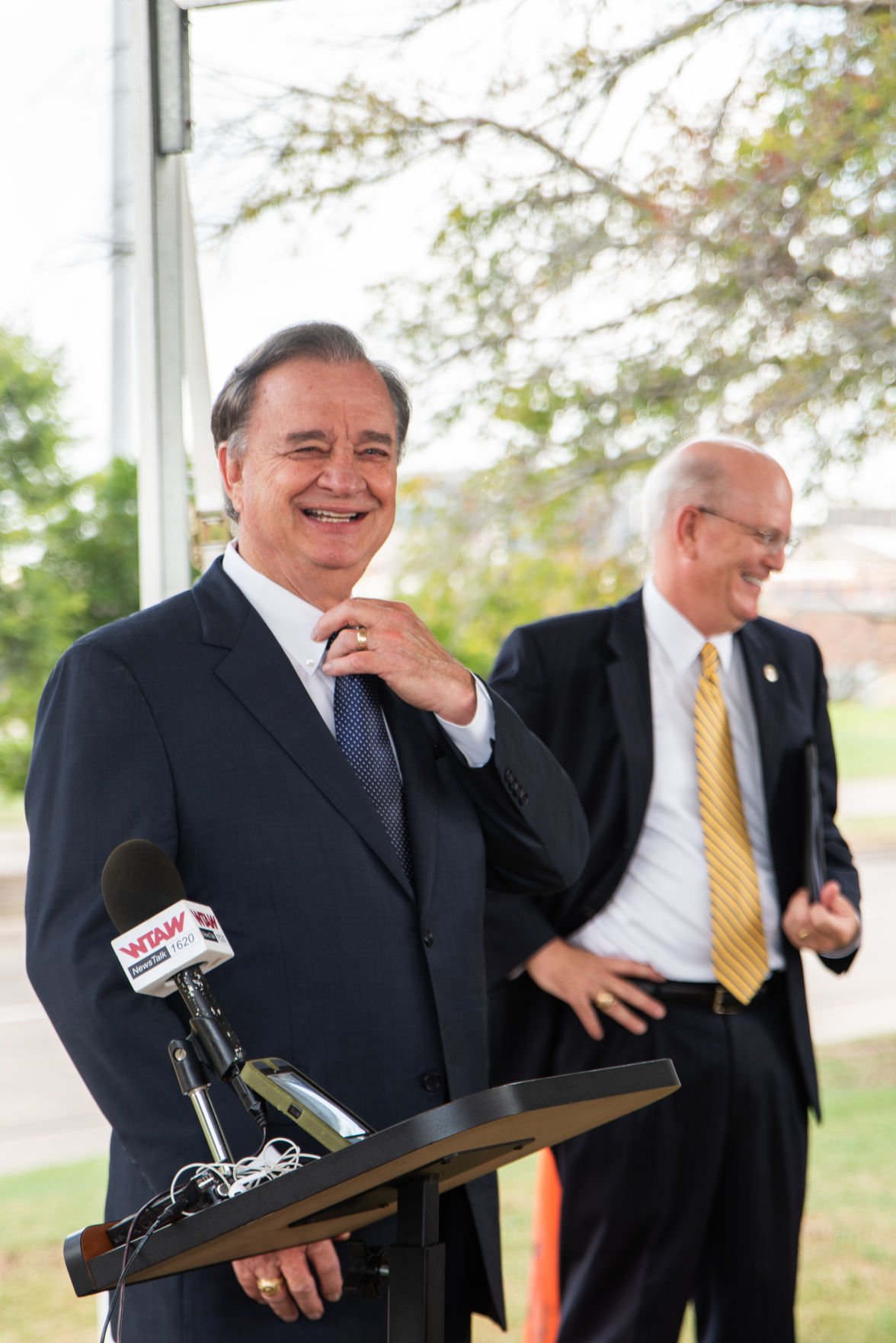 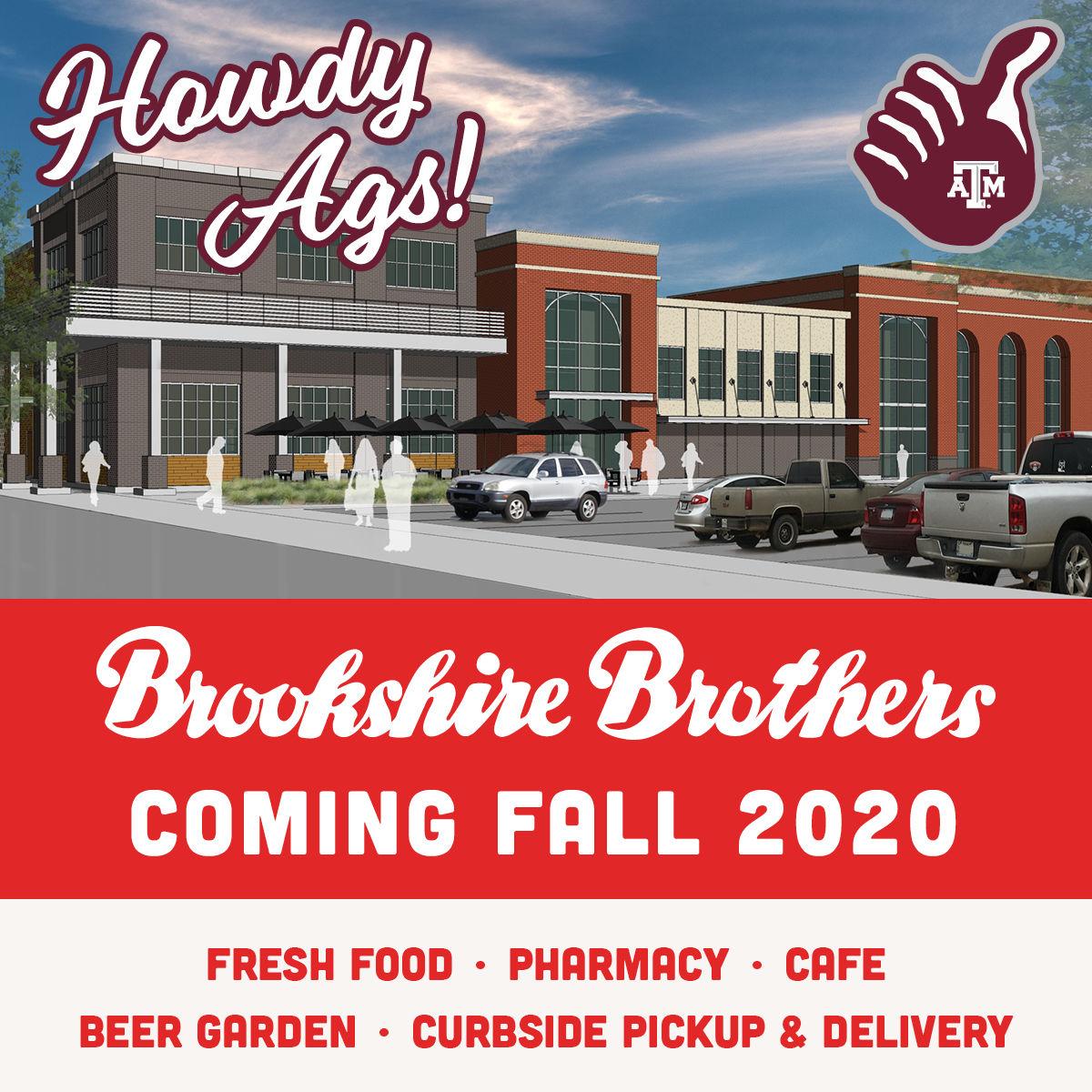 A rendering of the planned Brookshire Brothers shows its Kyle Field-inspired design. 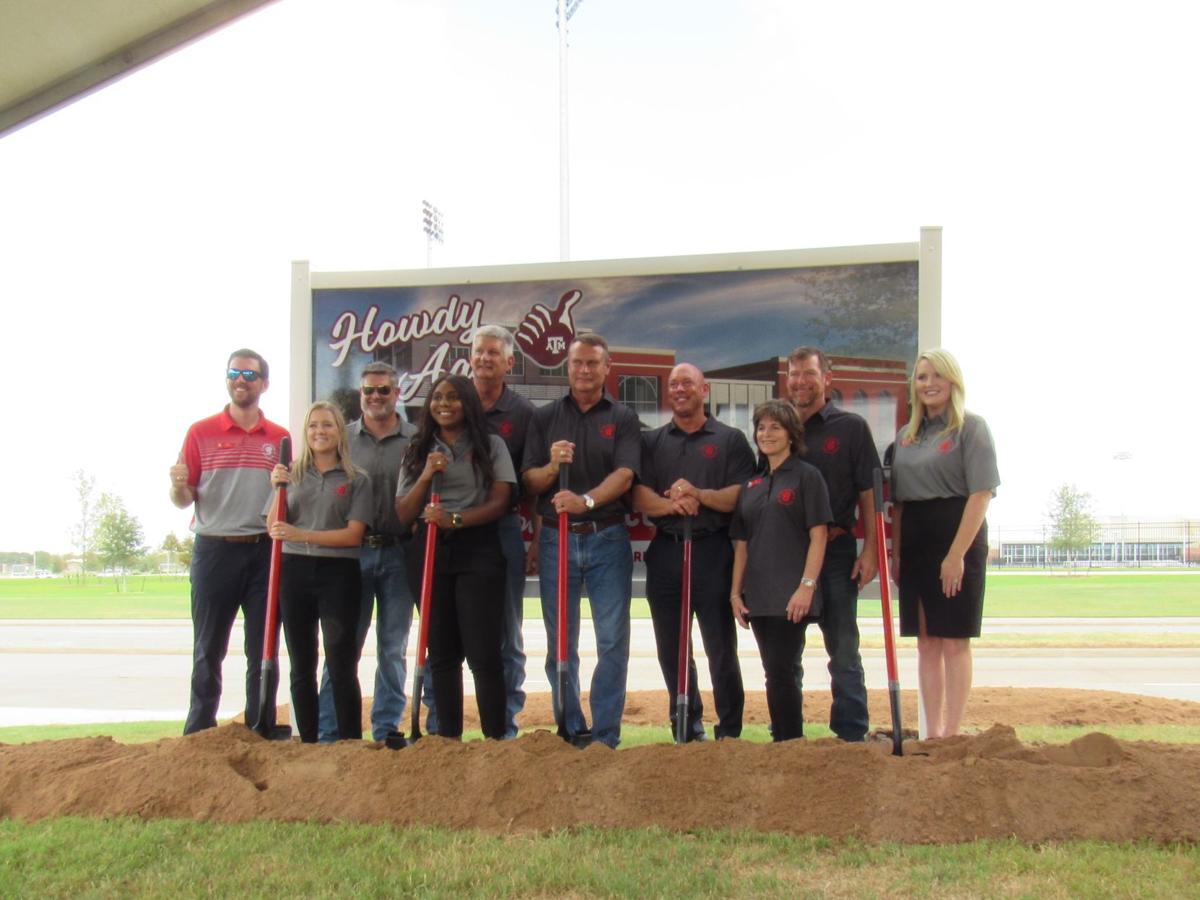 The store will be located at the corner of George Bush Drive and Penberthy Boulevard, which is land owned by the Texas A&M System. When completed, the 40,000-square foot space leased to Brookshire Brothers will house a beer garden, seating space and gas station.

The store is to be constructed in a brick design similar to Kyle Field and offer international grocery options. According to Sharp, these amenities made Brookshire Brothers stand out from the competition.

“Brookshire Brothers has a reputation of being real knowledgeable of the whole community. They’re all Aggies; everyone who runs the company has one of these,” Sharp said gesturing to his Aggie ring. “And so we kind of fell in love with them from day one.”

Located in front of Park West, the largest student housing complex in the nation, the store aims to ease congestion and fulfill needs in the area.

“It’s going to be a huge benefit primarily to the students who live on the west side of Welborn Road,” Sharp said.

Within sight of the E.B. Cushing track stadium, the store will offer a variety of international and local foods as well as the largest beer selection of any Brookshire Brothers store. The store will also be adorned with an outdoor concert venue serving beer on tap and wine by the glass.

“Brookshire Brothers made a real special case,” Sharp said. “They went over and beyond what we were demanding.”

Alston, Class of 2000, said he was proud to see his alma mater and his company working together on a business venture.

“We’ve gone through and listened to the university and what they feel like the needs are,” Alston said. “We’re really just meeting those everyday needs and eliminating a lot of the drive time and just keeping them at home.”

Tailored to students, the store is expected to employ 100 to 125 associates, providing more employment opportunities for students and the general population alike, Alston said.

“We definitely want everyone to be happy,” Chatman said. “You know, sometimes getting groceries is hard and anyway we can help, we want to.”