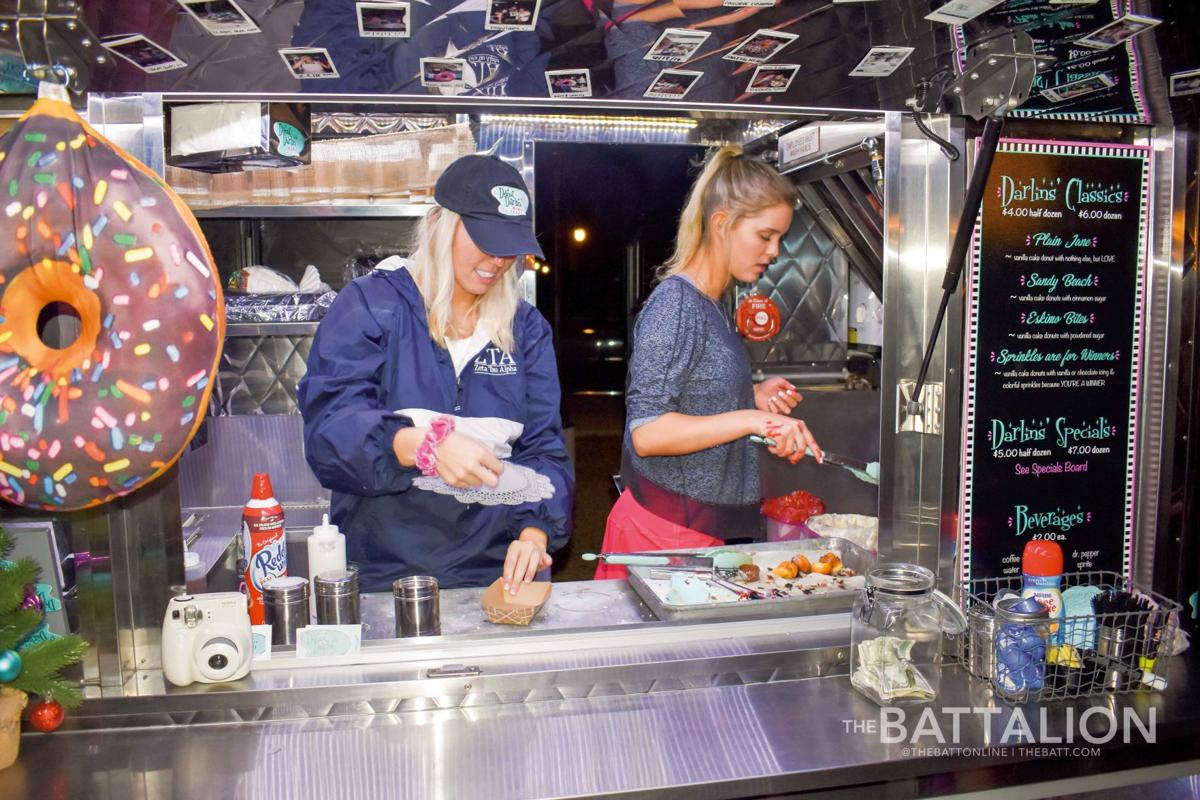 Taylor Laney (left), Class of 2019 and owner of Donut Darlin’, is one of several new vendors setting up in Kyle Field this year. 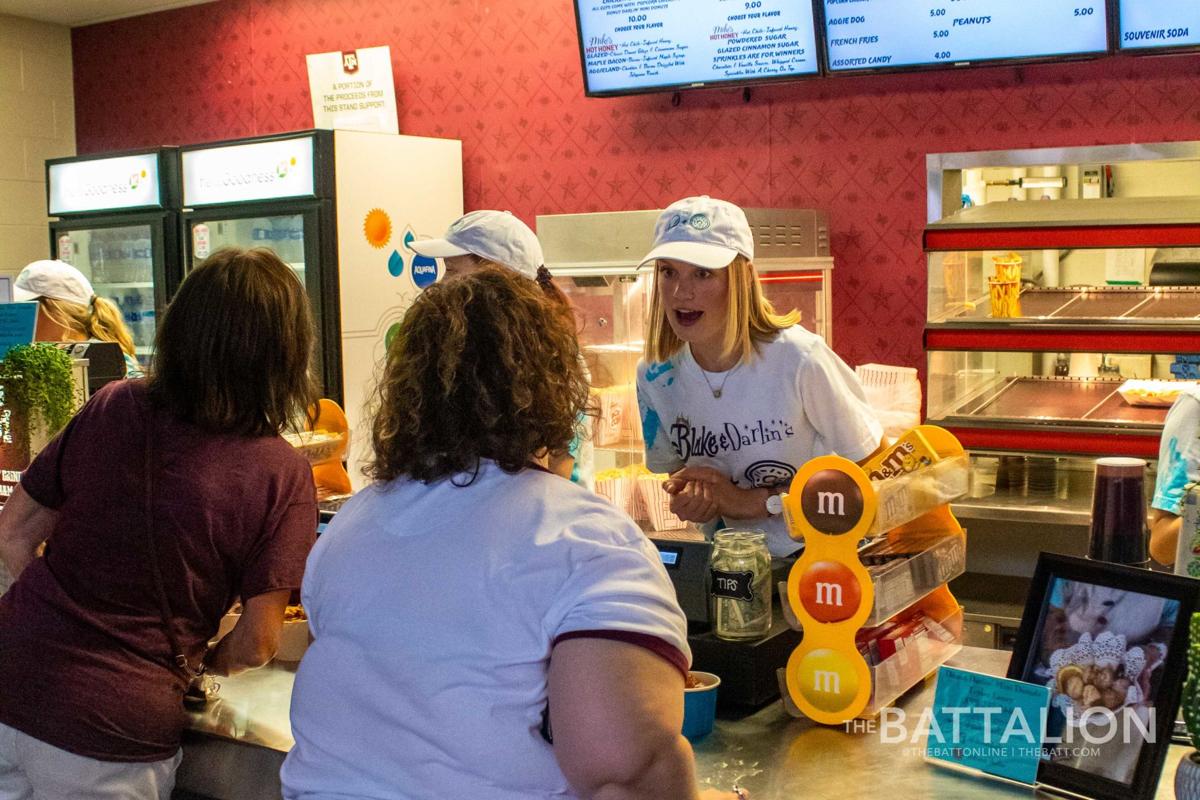 In addition to its trailer, Donut Darlin’ shares a concession stand with Blake’s Steaks behind section 242 in Kyle Field.

Taylor Laney is just four months removed from walking the stage at Reed Arena after graduating from Texas A&M in May, but she’s already making strides with her business on wheels, Donut Darlin’.

Laney’s Aggie owned and operated food truck, which serves an assortment of mini donuts, is one of several new concession vendors added to Kyle Field this season for expanded food and beverage options at A&M football games.

“It’s a crazy opportunity, especially for me, because I’m 22 and I just graduated this May from here at A&M with a construction degree,” Laney said. “It’s very fun for me to be able to have this opportunity and be in this atmosphere and take on such a big leap for our business.”

Donut Darlin’ isn’t the only vendor to make its way into Kyle Field this season. Aggie Hospitality has added more than 10 new restaurant partners, increasing menu variety at Kyle Field’s concessions this season.

“We pulled in local vendors from this area,” said A&M executive chef Ryan Farrell. “It’s big for us to have places like Blake’s Steaks, to have Donut Darlin’, to have SubZero, to have a lot of those people in town that are around this area that are supporting the Aggies and supporting the food service program that we have going on here at Aggie Hospitality.”

Other enhancements to concessions, including redesigned menu boards and the addition of 250 bar team members, are intended to optimize fan food experience at Kyle Field.

“The atmosphere at Kyle Field on a game day is unmatched, and we want to deliver a dining experience and warm hospitality to match,” said Chris Warner, vice president of hospitality & strategy for Aggie Hospitality. “We looked at what worked and where we had opportunities to continue to improve from previous seasons, canvassed the culinary community and brought in several new offerings and processes across all areas.”

One of the biggest additions this season has been the sale of beer and wine in public areas of the stadium. A&M is one of six schools in the Southeastern Conference to begin alcohol sales in all stadium areas after the league lifted a ban on public alcohol sales in May.

“The beer’s been interesting,” Farrell said. “I think it’s going to go really, really well here. We do keep an eye on everything that’s going on out and about, and it would be nice to have it more around the stadium as well as some more of the craft beers.”

There are new alternative food options being served at Kyle Field too. Aggie Hospitality is providing a vegan/vegetarian option in the club level for tacos. There are also gluten-free buns for hamburgers and hotdogs.

“It’s always something you need to be mindful of and you need to think about,” Farrell said.

Donut Darlin’ has come a long way for Laney since she purchased the trailer during her sophomore year at A&M.

On Saturdays, the truck can be found parked in front of Kyle Field in the Pepsi Fan Zone. Inside A&M’s hallowed stadium, Laney has a concession in conjunction with Blake’s Steaks, called Blake’s & Darlin’s Chicken & Donuts, behind section 242 in the south end zone. She has another stand set up in the legacy club suites on the west side serving the specialty mini donuts.

“I always wanted to own my own business,” Laney said. “I promised myself I wasn’t going to work for anyone after college, and I came across the trailer almost three years ago and decided I wanted to do something really cool with it. I decided to do donuts and coffee, it blew up, and now we’re here today.”

Alex Miller is a journalism sophomore and assistant sports editor for The Battalion.