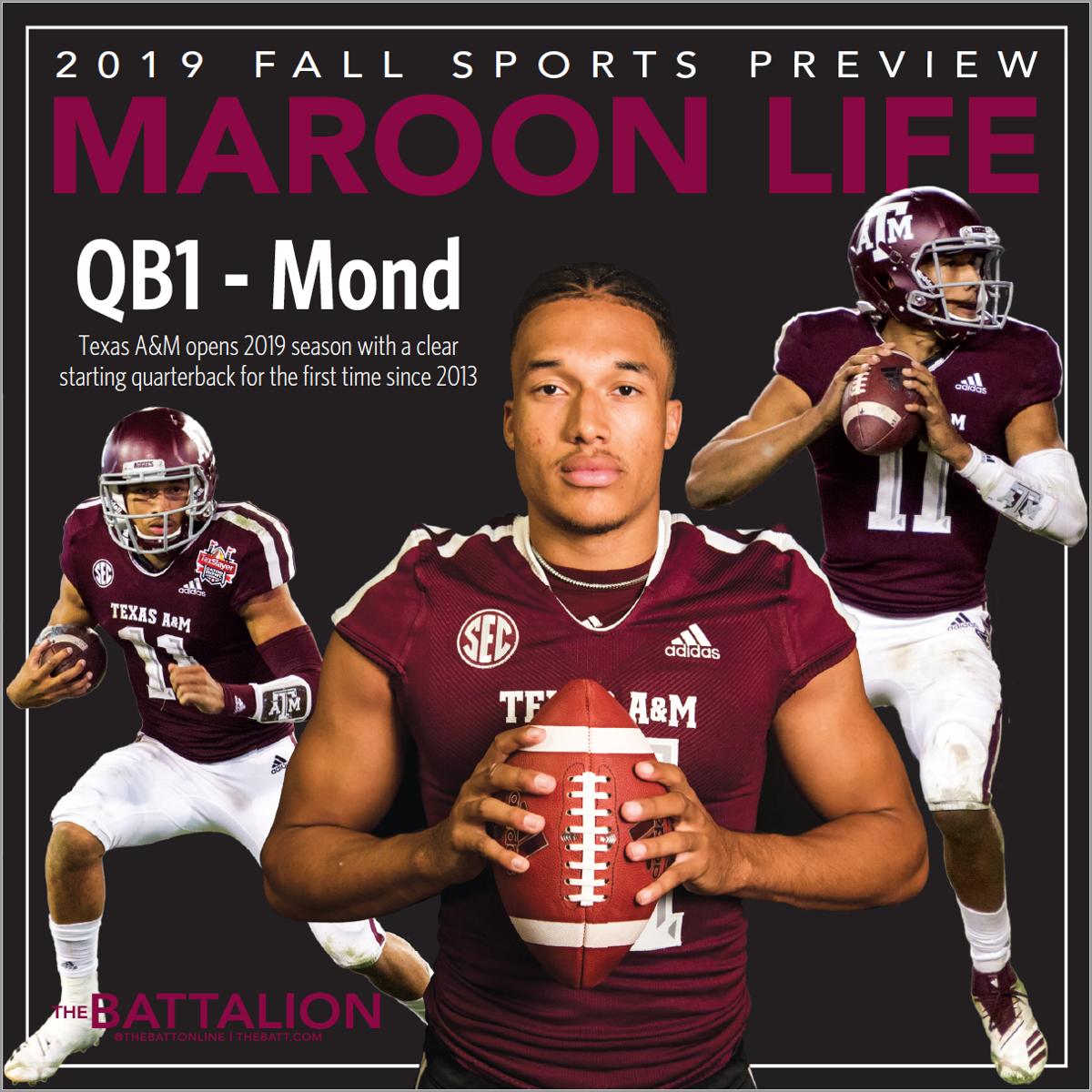 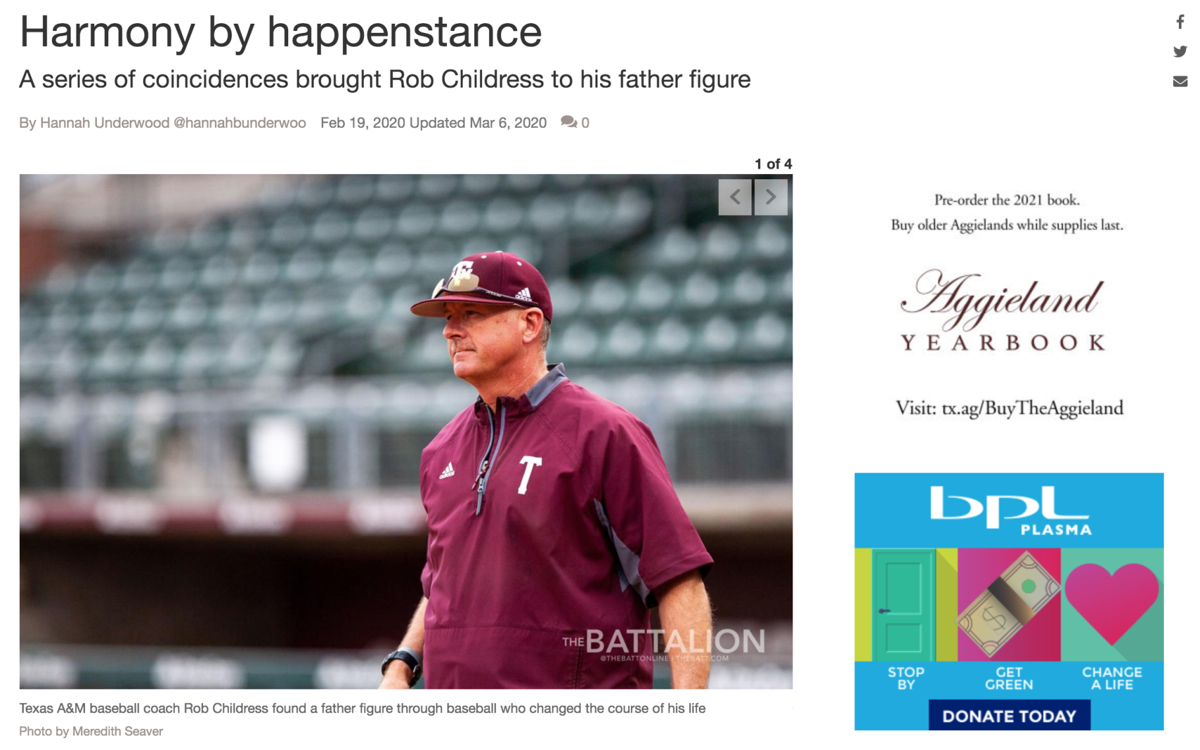 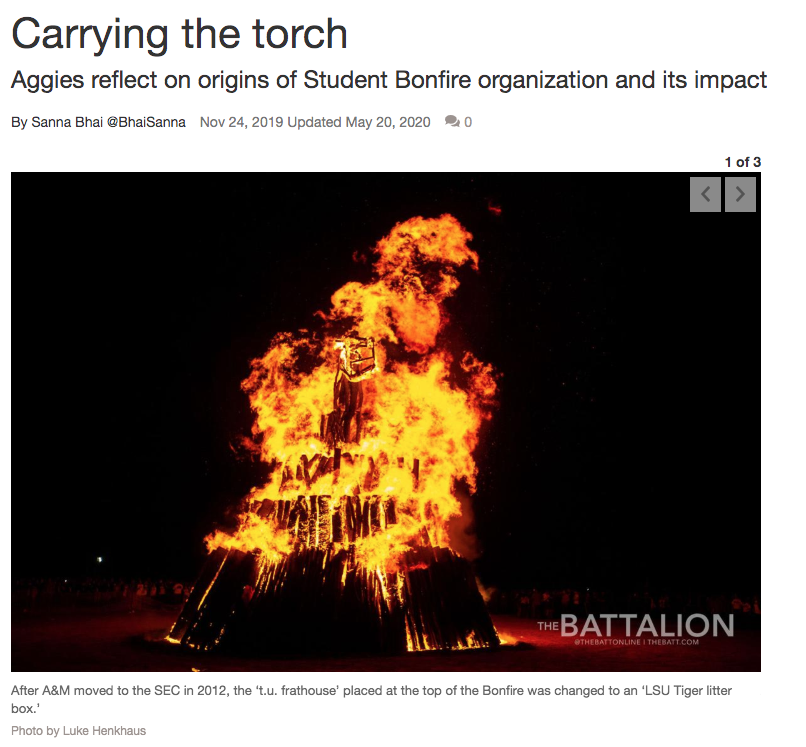 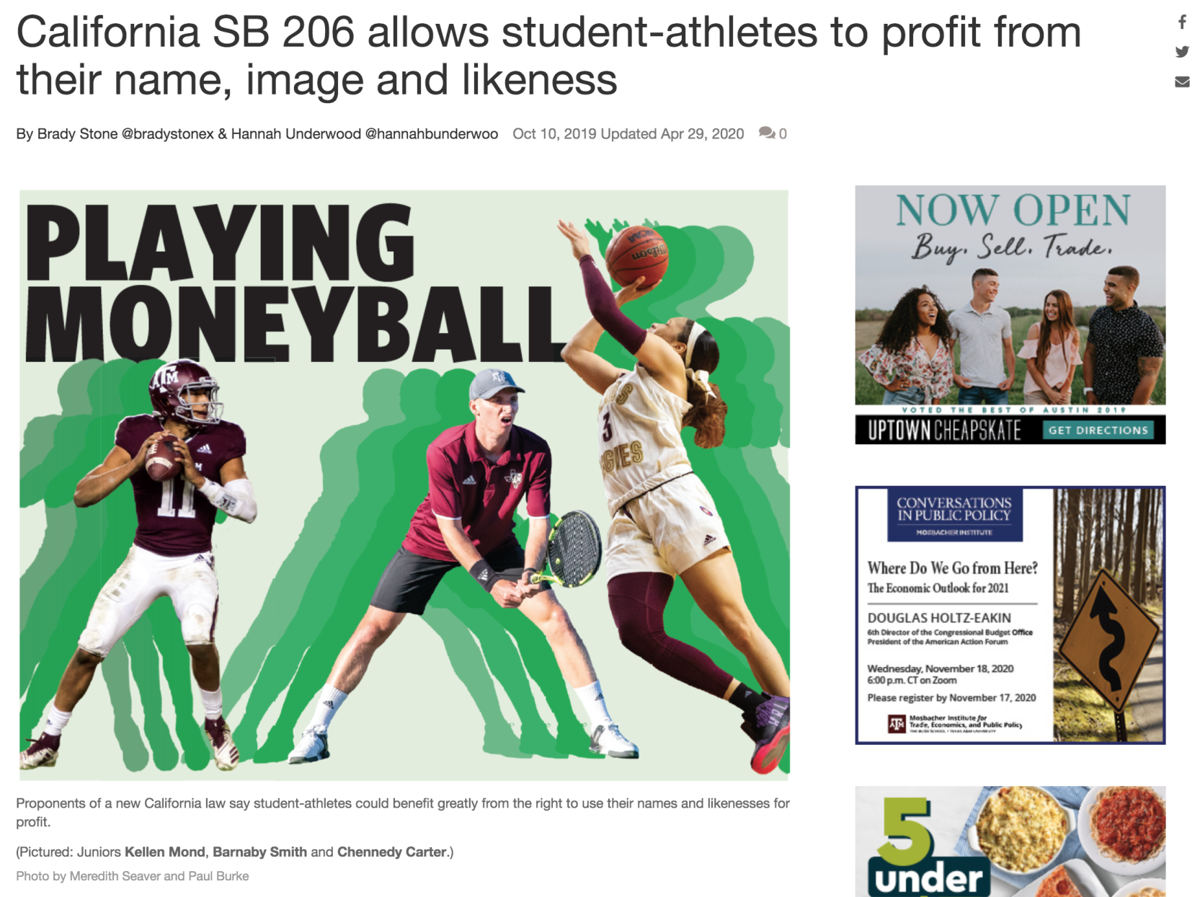 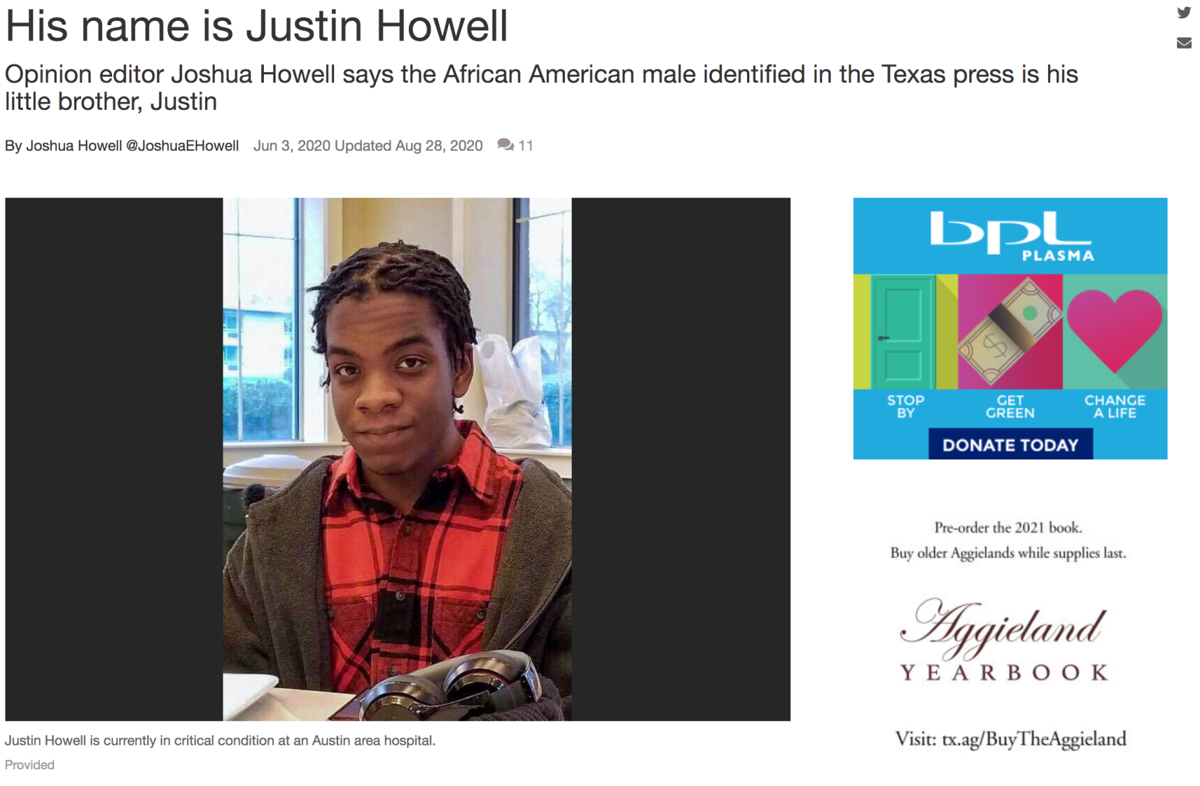 'His name is Justin Howell' by Joshua Howell won Honorable Mention Pacemaker for Column of the Year. 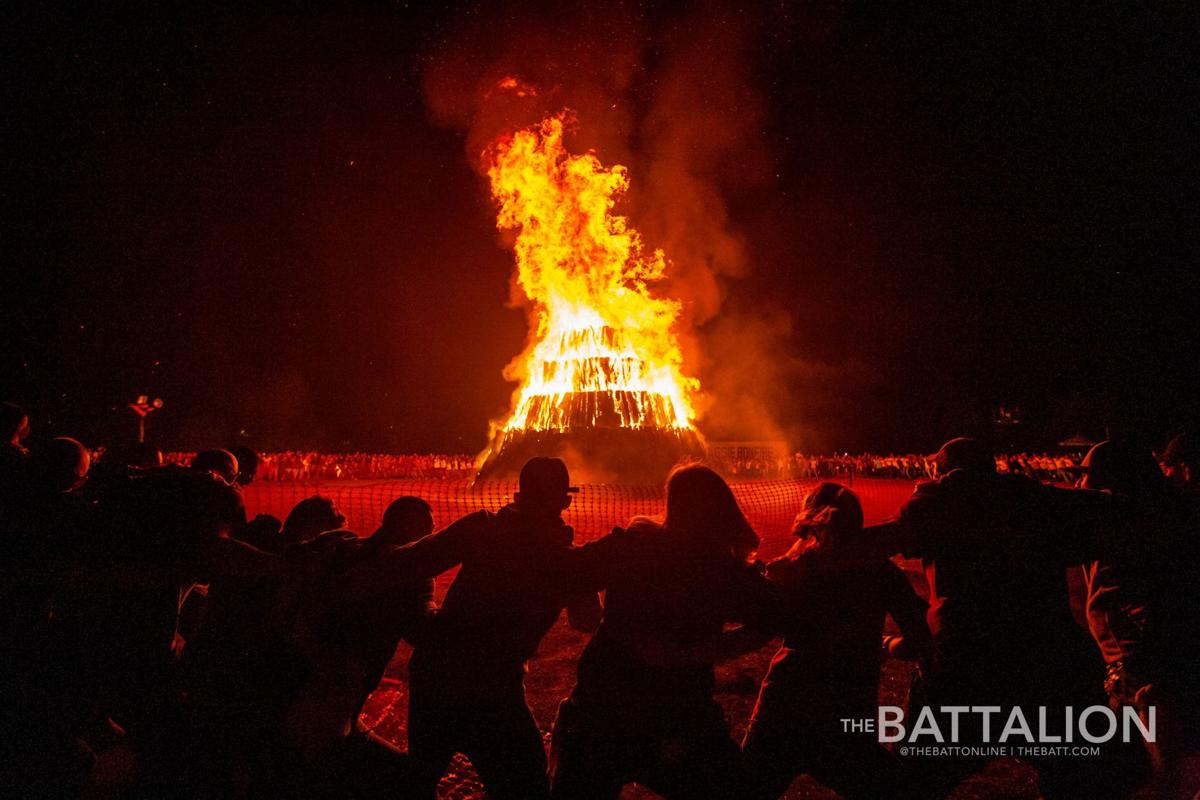 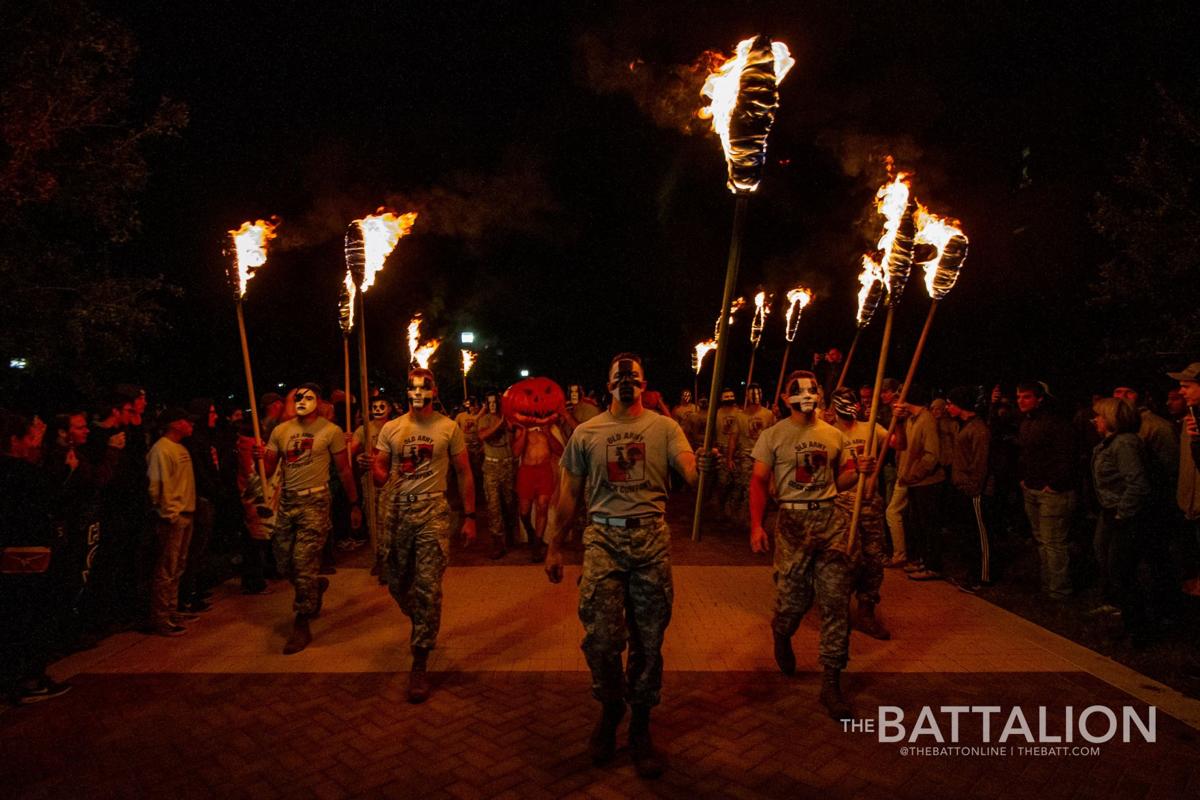 'His name is Justin Howell' by Joshua Howell won Honorable Mention Pacemaker for Column of the Year.

The Battalion, Texas A&M’s student newspaper, recently received national recognition in the form of both ACP Pacemaker and Pinnacle Awards.

The Battalion won the following awards at national competition:

Editor-in-Chief and journalism junior Brady Stone said it was an honor for The Battalion to be competing with schools that are writing about events like the California wildfires and the George Floyd protests.

“We didn’t have any major news events, but still have been able to compete with other papers and have done really well,” Stone said. “It’s cool to see that we hold a candle to the competition, even though they’re putting out stories like that.”

“It’s one of those events that makes us look a bit cult-ish, but it’s a lot of fun,” Seaver said. “I did my best to capture the event in my pictures in a way that explains what it is without using words.”

In regard to the award The Battalion received for its coverage of Student Bonfire, Seaver said it was especially humbling due to Bonfire’s significance.

“Being awarded for capturing Bonfire burn is amazing to say the least,” Seaver said. “I was up for two to three hours afterward editing the photos and uploading them online. It was a lot of work, but it was worth it.”

Sports Editor and journalism senior Hannah Underwood said The Battalion is a big part of the reason she chose to attend A&M. On the topic of her profile of A&M’s baseball coach, she said the story almost fell into her lap.

“We actually went to the same high school, which is weird because I'm from the middle of nowhere East Texas,” Underwood said. “That kind of connection rarely happens, so everything just fell into place with that story and I feel really proud of it.”

Though The Battalion’s staff members are not involved for the purpose of being awarded, Underwood said it does feel good to be recognized.

“It shows that people really do read and enjoy our content,” Underwood said. “People hardly comment on our stories unless it’s something negative, so it’s nice to have that bit of positivity and have people say they like what we’re doing.”