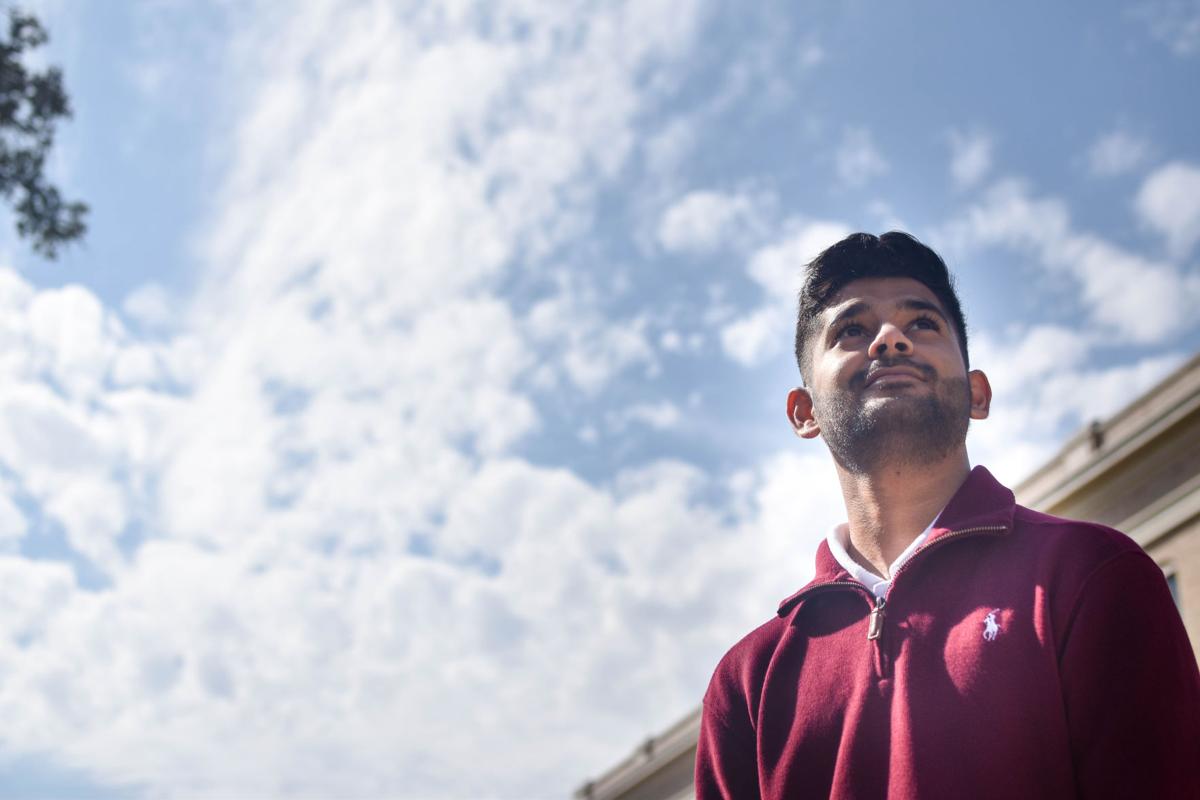 Geophysics senior Kalain Hosein started a Facebook page to provide the citizens of Trinidad and Tobago with weather updates. 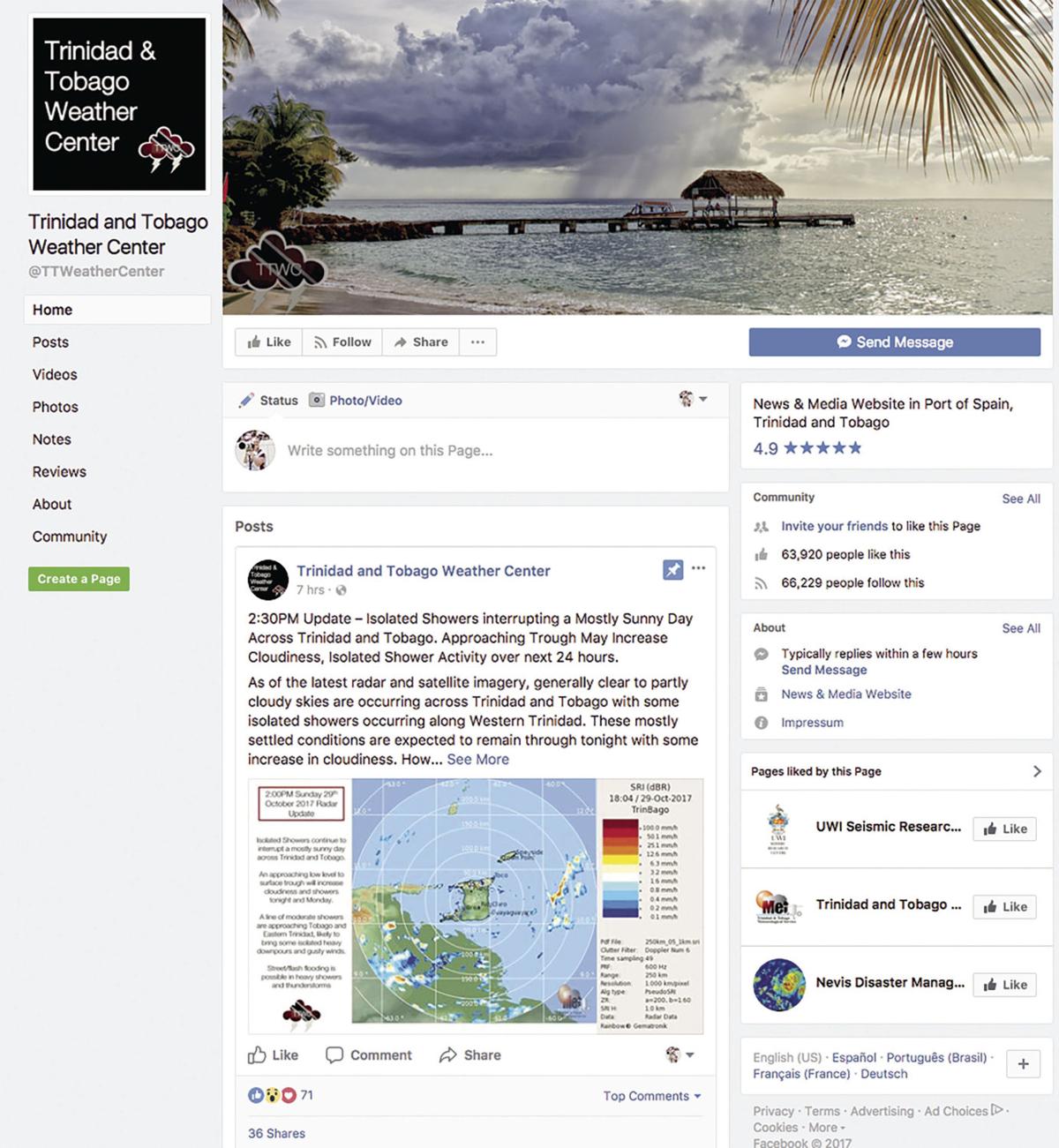 Geophysics senior Kalain Hosein started a Facebook page to provide the citizens of Trinidad and Tobago with weather updates.

An entire country relies on weather updates of a full-time student over 2,000 miles away.

Using Facebook as his platform, Kalain Hosein created the Trinidad and Tobago Weather Center, TTWC, page in 2014, while he was just a high school senior. Since then, the site has become a source citizens rely on more heavily than the country’s official authorities.

A geophysics senior, Hosein grew up in Trinidad and Tobago, a twin island country in the Caribbean. He developed his initial interest for meteorology watching Hurricane Katrina hit the U.S. shortly after he moved to Texas.

Hosein said he started the page as a way to help bridge the gap between the dangerous conditions that occur in the country and the lack of communication directed towards the public.

“This information could potentially save lives, and it has,” Hosein said. “A number of people have already said because of the live information that they’re seeing, they know where to not drive. That’s not something that’s effectively communicated by the official agencies at the moment.”

Trinidad and Tobago has been experiencing an unusually wet season that started with Hurricane Bret, which resulted in widespread flooding throughout the region. Hosein runs the page without any outside help, relying on reports sent to him in the form of images, videos, verbal reports and texts. Because he had three midterms last week, Hosein said it was a challenge to keep up with the weather occurrences in Trinidad and Tobago.

“Because I’m a student, I’m up late all the time,” Hosein said. “I’m also a really good multi-tasker, but I can’t operate 24/7. It’s a one-man operation and the page goes dark when I’m sleeping or when I’m studying for exams.”

This past summer, while Hosein was completing his internship with BP in Trinidad, he reported the flooding of a major highway, where police officers were present.

“The ODPM in Trinidad, which is the Office of Disaster Preparedness and Management, which is responsible for letting people know where we are having disasters across the country, said that was fake news,” Hosein said. “They weren’t aware that there were police officers on the road. The communication between the officials in Trinidad is just so bad.”

Carla Bridglal, a Freelance journalist at Trinidad and Tobago Newsday, said Hosein’s site has had a positive impact on the public.

“TTWC has been a constant, reliable and timely disseminator of important information during severe weather events,” Bridglal said. “The really interesting thing is that the bulletin info shared by TTWC usually comes from the emergency services themselves — TTWC is just a lot faster on the draw with packaging and sending it out in a way that is easily understood and shared.”

Bridglal said for the citizens of Trinidad and Tobago, it has always been a complaint that information from official sources is hard to come by and official sources say coordinating communication efforts is a challenge.

“I think what TTWC has done is proven that it is possible to have accurate and reliable information in an emergency or disaster situation,” Bridglal said. “It’s been an invaluable service to the country, and even the region during this rainy hurricane season.”

Up until Bridglal contacted Hosein’s TTWC Twitter inquiring about his identity, Bridglal said much of the public assumed the page was run by a team of meteorologists, and not a single college student in another country.

Bridglal said she hopes TTWC will be able to enact real change in the way information is transmitted to the public, and Hosein has been able to call attention to this issue.

“The official channels seem to be stepping up their game now that Kalain’s secret identity has been revealed,” Bridglal said. “ It’s interesting to note that even before the big reveal, a lot of departments were sharing TTWC posts, so that’s kind of an endorsement of the kind of good job he’s been doing, I think.”

Hosein plans to continue posting on his page to improve public knowledge, and said he wants others to be able to see the country’s positives in addition to the inclimate weather.