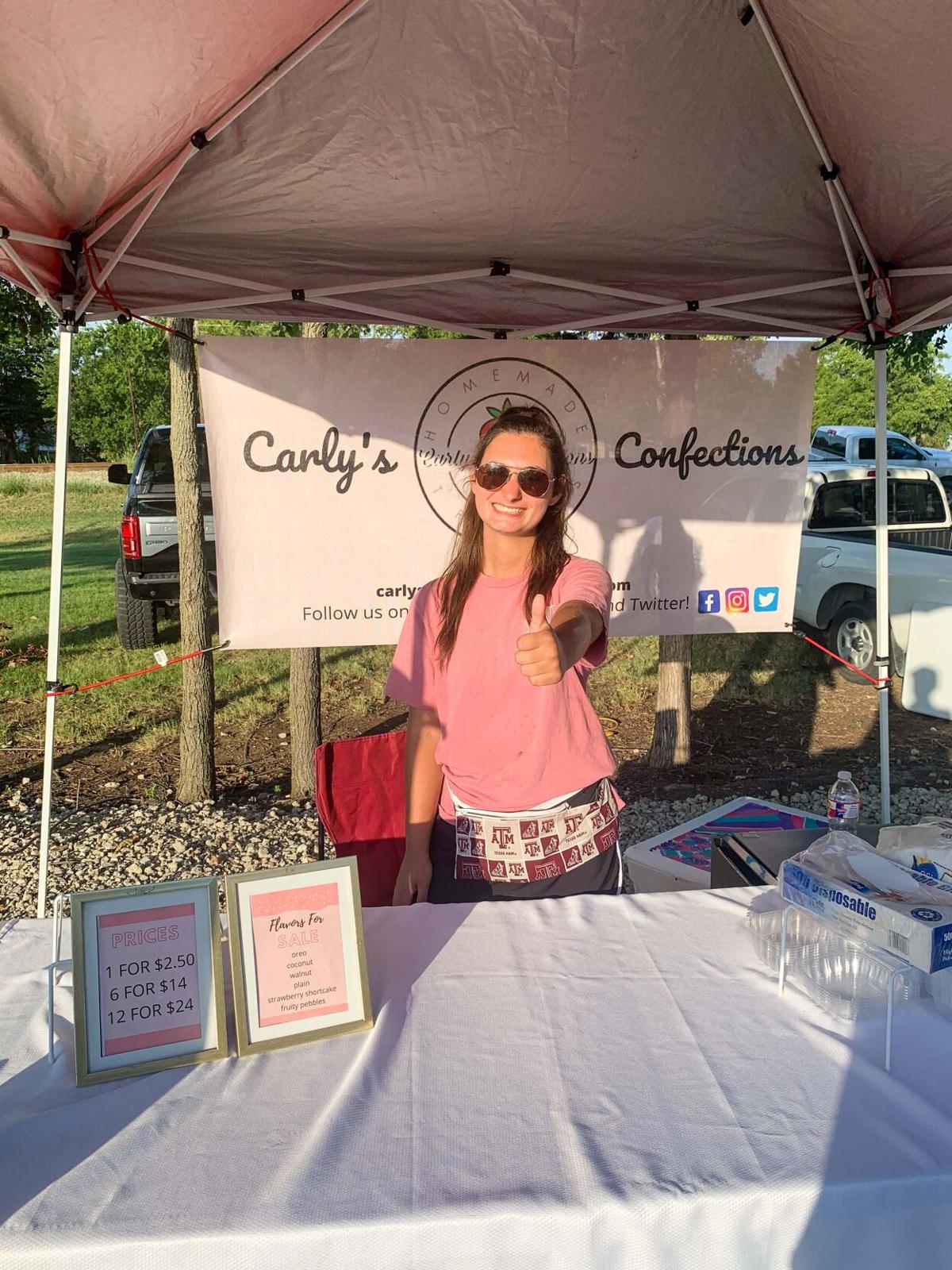 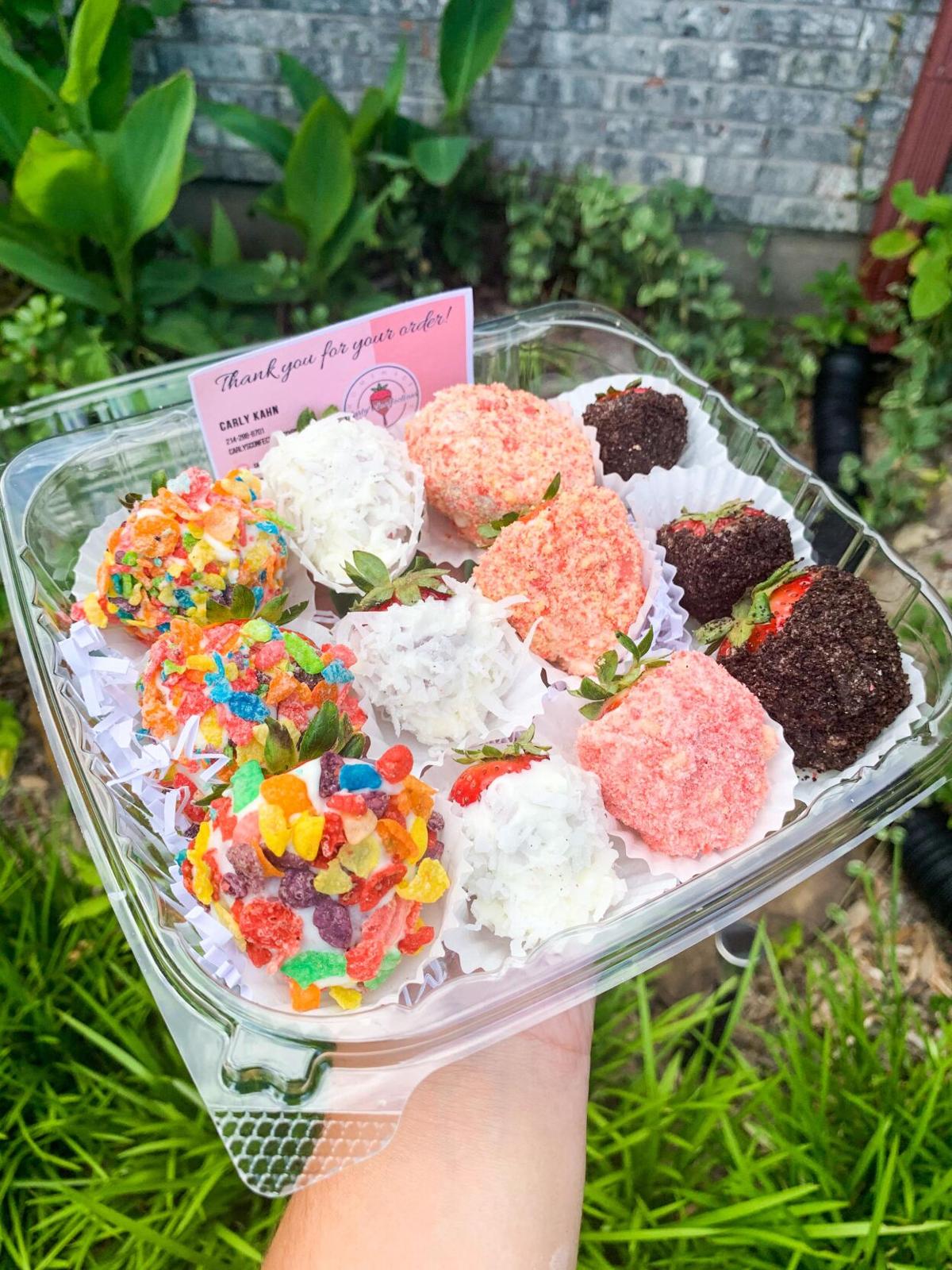 When COVID-19 took over the world in a matter of weeks, communication sophomore Carly Kahn saw an opportunity to create the business she had always dreamed about.

On May 10, Kahn officially launched her business, Carly’s Confections, which offers a variety of sweets from chocolate strawberries to refreshing mangonadas. Kahn sells chocolate-covered strawberries and Oreos and occasionally pretzels with toppings such as Fruity Pebbles, strawberry shortcake, walnut, coconut, and Oreos on a regular basis.

Kahn said she was inspired to start Carly’s Confections when she first began selling chocolate-covered strawberries in high school on Valentine's Day.

"During quarantine, there wasn’t much for me to do and I figured it was the perfect time to finally launch, and I started delivering orders to Dallas on Mother’s Day," Kahn said. "I did the same for Father’s Day and the response was amazing and I had returning clients every other week. It was an amazing feeling having people enjoy something you put so much effort into creating."

Kahn originally planned to launch her business in College Station after Spring Break, but COVID-19 delayed those plans.

Accounting sophomore Dalmath Kandolo said Carly’s Confections is a great business because of the variety of choices it offers and that her products are made with delicacy and love.

“When I tried the Oreos, I’m not really a big fan of desserts or cookies, I was immediately in love with them,” Kandolo said. “The community should definitely support Carly and her business because she has very good food and a lot of varieties. She really cares about her customers and takes care of orders one by one.”

Kahn said she had preorders from members of the College Station community for her gourmet strawberries and chocolate-covered Oreos before she moved back for the semester.

"Aggies are extremely supportive and are one of the main reasons I have been selling here in College Station," Kahn said. "I have met some amazing people from all over through Carly’s Confections that I wouldn’t have otherwise."

By going to local farmer’s markets and using her social media accounts to promote her products, Kahn said her business is flourishing.

"After Mother’s Day I decided to start doing local farmer’s markets in my small town," Kahn said. "I was selling twice a week in two farmer’s markets and selling out. Outside of these markets I use Instagram, Twitter and Facebook to promote my products. Every other week this summer I delivered orders to Dallas from orders I received through promoting on these apps."

As for her plans for the future, Kahn said one of her major goals for this next year is to expand her menu by learning new recipes and being more creative with her treats.

"I am so excited to do sweets for Aggie events like Ring Day, football games and traditions that I can be really creative with," Kahn said.

Kahn said she is also planning to get involved with farmer’s markets in the Bryan-College Station area.

"I love being involved in the community and meeting local Aggies and families and being able to share my passion with them," Kahn said. "I always update my market days and sales days on my Twitter so Aggies know when and where I will be throughout the month."

“I’m always open to try new things so if you don’t see a flavor or item you like feel free to message me and we can work something out,” Kahn said. “My Instagram and Facebook are @carlysconfectionsco and my Twitter is @crlysconfection for people that would like to stay involved with my business.”