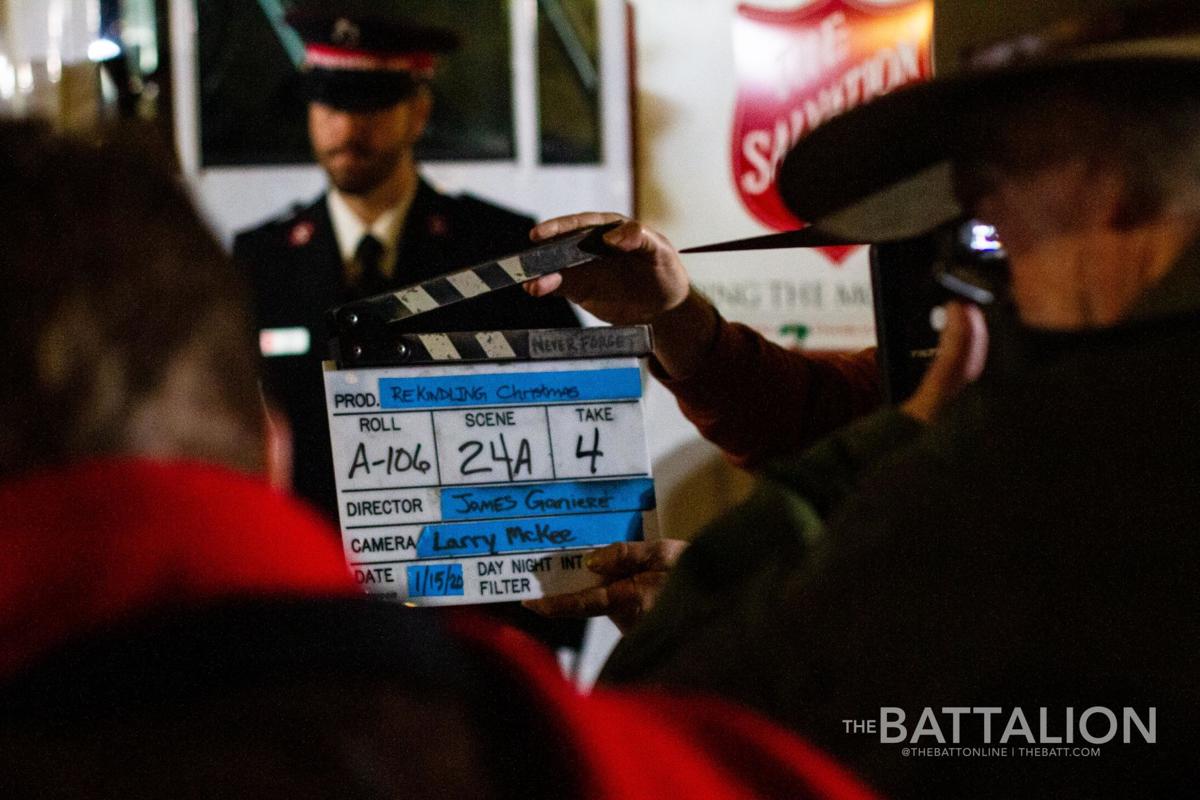 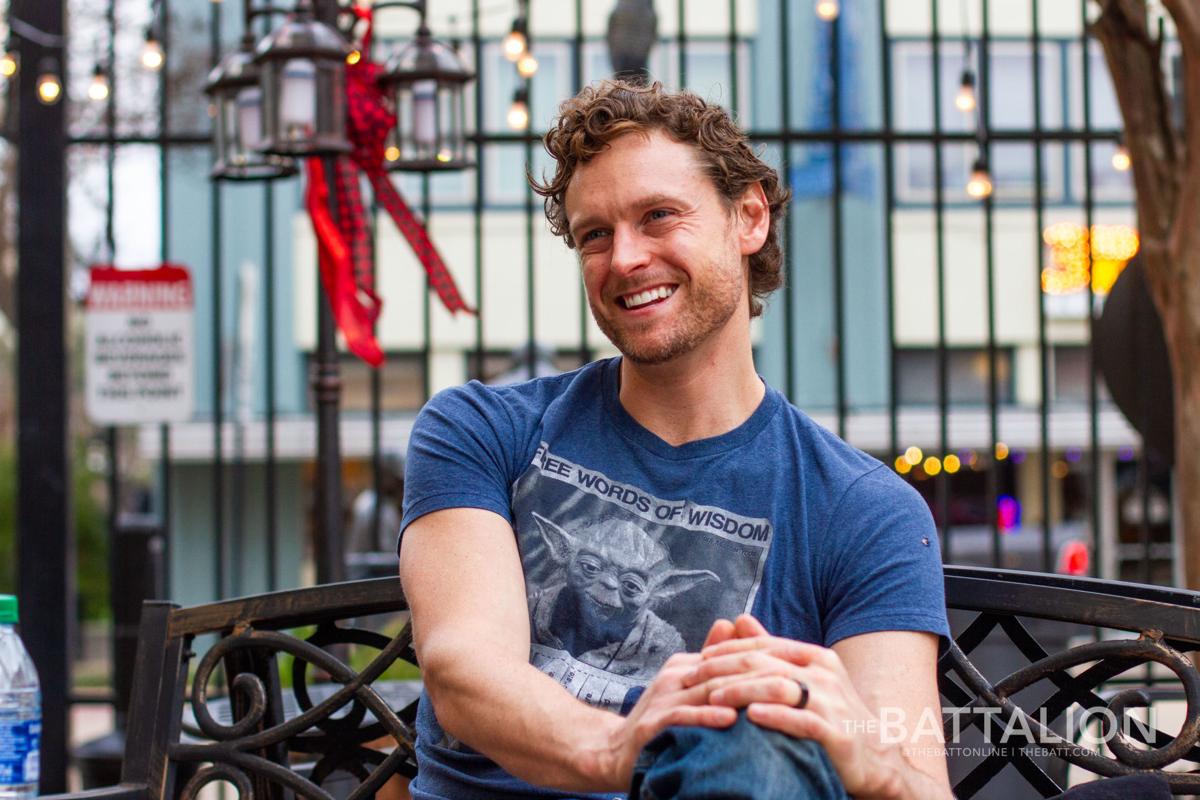 Lead actor Michael Patrick Lane and many of the actors are native to Bryan.

Lead actor Michael Patrick Lane and many of the actors are native to Bryan.

Glittering pine trees and folks in candy cane-colored sweaters covered Downtown Bryan’s main strip. It was mid-January and 72 degrees outside, but the city still had a blockbuster reason to keep the Christmas spirit going.

Over the last two weeks, the Downtown Bryan Association hosted the cast and crew of “Rekindling Christmas,” a family-comedy film set for release next holiday season. The production filmed scenes in and around the city.

Adapting her own novel of the same name, Rebekah Ganiere, the film’s screenwriter, producer and mother — both honorary and literal — said bringing her work to life was a task she was happy to take on.

“Since I wrote the screenplay, it wasn’t as hard as it probably is for a whole lot of authors who aren’t also a screenwriter,” Rebekah said. “That part was easier than it would be on someone who had everything rewritten and would say, ‘That’s not the way it is in my book.’”

Rebekah also said she remained mostly faithful to her novel throughout the scripting process. The film’s most notable alteration, transitioning from a city in Colorado to a city in Texas, was not so far-fetched given the settings’ similarities.

The only problem with shooting a Christmas film in the Lone Star State: no snow.

“That was the biggest issue because snow plays a big deal in the book,” Rebekah said. “Other than that, Bryan is just like the town I had imagined being in Colorado: small town, tight-knit community, great people.”

Atwood plays the role of Annika Marshall, a down-to-earth writer in need of holiday cheer. When the Bryan native first got ahold of the script, she said she immediately pictured her hometown in Rebekah’s writing.

“I had the opportunity, and I’m grateful that [director and producer] James said, ‘Yeah, that matches our vision,’ after I read the script and showed him the location,” Atwood said.

While the hussle and bussle of big city filmmaking has its moments, Atwood said she has never felt more at home on a movie set than she did in Bryan.

“The city itself embraced this movie and has supported us,” Atwood said. “It’s a town making its own movie, and it’s really cool. It’s not me, not James, it’s the city of Bryan who made a movie.”

Also starring in the film is Michael Patrick Lane as Jesse, a retired NFL star and a former flame to Atwood’s character. Though the character isn’t real, Lane said there are many traits he shares with his fictional counterpart.

“What’s cool about this is there are a lot of similarities, not in a superstar kind of respect, but [Jesse] was from Bryan,” Lane said. “He ended up going into the NFL, but what happened with him is he left the love of his life behind to pursue a dream. I know a lot of people can associate with that because stuff can be scary, and there’s a price to pay for anything you want.”

Finishing principal photography required time, patience and some occasional trickery. “Ice wranglers” were on stand-by to manipulate shaved ice for the perfect snow-frosted morning, while the inside of Bryan High School became a college campus overnight.

James Ganiere, the director and producer of “Rekindling Christmas,” said directing a film is never without its challenges. However, when the script for said film was penned by his wife and the youngest star on set was their son, that’s just family bonding.

“She’s grown tremendously and is a powerhouse of a writer,” James said. “Not to take away from any veteran, but when you’re in the trenches with somebody, when you go through something that is really tough, that relationship deepens to a whole new level.”

Also on set for Thursday evening’s production were Michael and Deborah Batts, two retired Texas A&M irrigation and landscaping employees who were noticed by one of the film’s publicists when they were dressed as Mr. and Mrs. Claus at a Walmart in Navasota.

The two said they enjoy spreading holiday cheer every winter season, like when they led the film’s extras in Christmas caroling inside of the La Salle lobby.

“That’s a wonderful thing they’re promoting with this,” Deborah said. “They’re promoting the good things in life. And Santa Claus to me, I’m 68, I know there’s not a real one. But to me, I still believe.”