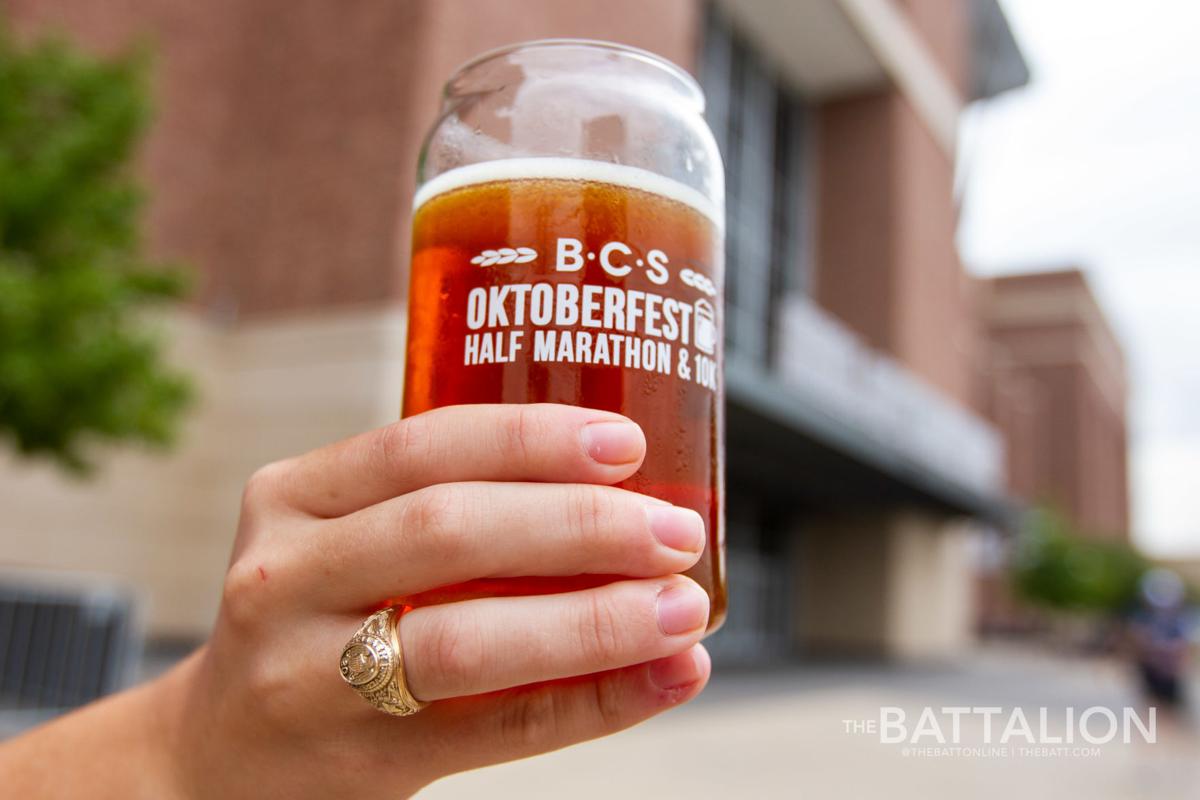 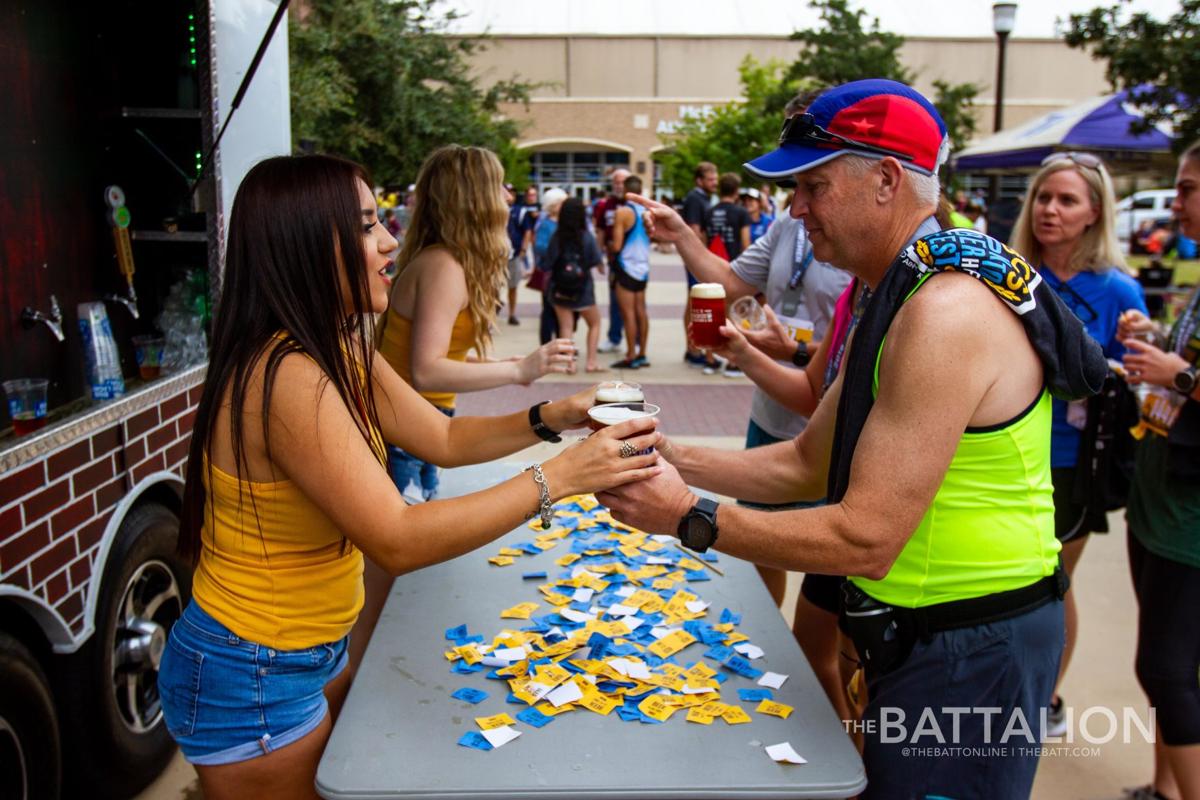 Bright and early Sunday morning, community members and Aggies from all across Texas piled into Kyle Field to earn their racing stripes and throw back some cold ones.

Inspired by the famous hops-centered festival, the fifth annual Bryan-College Station Oktoberfest Half Marathon & 10,000-meter race combined the importance of fitness with the appeal of a frosty beer. All proceeds from Sunday’s race are donated to the Mercy Project charity, a local nonprofit seeking to eliminate child slavery rings in Ghana, Africa

Sunday’s event drew hundreds of competitors, in which both sets of racers were allotted 3.5 hours to finish in their division before crossing the finish line inside the stadium. Completing the race earned participants a custom finisher’s medal, as well as a custom beer stein that racers could fill with any of the available beers on tap.

Communication junior Thomas Keeling was on his mark Sunday morning for an opportunity to get in some mileage after a long break.

“I really like to run, but last year I ended up hurting my knee,” Keeling said. “I’ve been itching to run again, so when I saw that this half-marathon was coming up I decided to take up the challenge and said, ‘Screw my knee.’”

Keeling said he uses running in his life as a form of meditation. Preparing for the race based on general time spent running instead of mileage helped him accomplish his goal, with a personal best time of 1:44.09 in the half marathon race.

“It’s more about how long you can run rather than how far you can run,” Keeling said. “If you can go out and run 30 minutes, that’s great, versus if you go out and try to run six miles every other day. If you are running 30 minutes a day, it’s going to prepare you better because it’ll build up your stamina and get you ready for everything out here.”

Passing out fruit and water to finishing racers was College Station High School instructor Eboni Bonaiti. The educator and AVID campus coordinator (Advancement Via Individual Determination) said, like the committed racers before her, she wants to set an example in the community by “disrupting” the issues that matter most.

“What causes me to be a disrupter is that … If someone is without education, it’s one of the biggest obstacles that prevents them from exiting poverty and creating new opportunities,” said Bonaiti, Class of 2002. “I am uncomfortable with kids falling through the cracks, and because of that, as an educator, my work is inspiring these kids to reach their fullest potential.”

Racing as a sibling duo Sunday morning was Stephen and Amy Turek, who both competed in the 10,000 meter race.

Stephen, Class of 2010, said returning to his alma mater is always a pleasure, but having the chance to race around the university and enjoy some suds is even sweeter.

“It was a good course and it was nice to see parts of campus that I haven’t seen in a while,” Turek said. “It was really cool to finish the race inside of Kyle Field and I ran my personal best, so I was really pleased with how my run went today.”

Staying in shape is a welcome aspect of long distance running, but Amy said events like Sunday’s provide her with the opportunity to demonstrate that she is always willing to go the distance.

“I think it’s just about proving to myself that I can do it,” Turek said. “I didn’t start running until a couple of years ago and I couldn’t run a full mile at the time, but now here I am running 10,000 meters.”

Biology and entomology senior Eleanor Simpson said she was initially taken aback by the idea of mixing strenuous activity with Kolsch-style beer, but with a Hopadillo in her hand, she said it was worth a try.

“I do like to participate in runs around the College Station area and back home, but the beer part definitely is so weird,” Simpson said. “I don’t know who thought to put the two together and so early, but as you can see there are a lot of people here. Running and beer — I like them separately, but why not try them together?”